England, Ireland set to suffer a worse recession than the US

With a new round of numbers out overnight, England and ireland may suffer the worlst recession of anywhere on the globe, writes Glenn Dyer.

Get O’ Jerusalem on the radio, cue Pomp And Circumstance March Number 1 (aka Land Of Hope And Glory) and get the choir singing “You’ll Never Walk Alone” from the terraces at Wembley: Britain’s in recession, so the Governor at the Bank of England says, with a solid assist from UK’s best known economic think tank.

No more “Cool Britannia” or “Swinging London”. Austerity is now the name of the game.

That might be a flippant take on what’s a serious situation, but it has been apparent for months now that recession was where the UK was headed: well before the mid-September intensification of the credit freeze.

Britain has been told to ‘brace’ itself for the worst, and struggling families advised to ‘steel’ (not steal!) themselves for the tough months ahead. But that wasn’t Governor Mervyn King’s advice, but some over the top reporting from the London Times (The Thunderer in times of old, now more a Murdochian Mumbler)().

The Governor of the Bank of England braced Britain tonight for a “long march” out of recession as he warned that the country faces an extended and painful economic downturn.

Mervyn King admitted for the first time that “it now seems likely that the economy is entering a recession”. He steeled struggling families and firms for a protracted stretch of tough times.

“We now face a long, slow haul to restore lending to the real economy, and hence growth of our economy, to more normal conditions,” he said.

He warned that a harsh squeeze on take-home pay, soaring living costs, and scarce access to loans for consumers, “poses the risk of a sharp and prolonged slowdown…”

“Over the past month, the economic news has probably been the worst in such a short period for a very considerable time,” he said.

With Britain on the brink of slump after months of financial turmoil, Mr King held out hope of an eventual return to economic calm, pointing to his ambition for the economy to be boringly stable.

“The long march back to boredom and stability starts tonight in Leeds,” he told an audience of business leaders in the city”

And while we quibble over the nitty gritty of the bank guarantee program, and some commentators cry doom and gloom, the reality is being played out in the UK, which is heading headlong into a slump much deeper than most other countries will have to endure: perhaps only the US will come close in coming months as the collapse in consumer spending catches up with the rest of the economy after the November 4 poll.

The Governor’s Leeds speech overnight came as Britain’s independent economic think-tank, the National Institute of Economic and Social Research, forecast that the economy would contract for the next four quarters.

The Institute forecast the UK economy is likely to shrink by 0.9% over the course of 2009 and suffer its first full year of recession since 1991.

And, in a gloomy assessment, the institute said there was a 33% chance the recession could go on for longer than the next year because demand could be further hit as UK consumers and businesses curtailed spending for longer.

It said UK house prices were likely to continue falling throughout next year – by about 10%. And when growth did resume in 2010, it would be weak: an annual rate of 0.8% at best.

Britain’s Confederation of British Industry said in a survey of its own that industrial orders had fallen to their lowest level in five years and business confidence was heading to its lowest level since the industrial shake-out of the early 1980s.

The Financial Times pointed out that the use of the “R” word by the central bank head was important. The paper reported that “Until last night, Mr King had been reluctant to describe the economy as in recession, insisting the word should be used only to signify a deep contraction in output and not two quarters where the economy might shrink a little.

“Last night, he had no such qualms, saying a recession was likely because the financial crisis had come on top of the rise in oil prices which had already squeezed in-comes. “If the news on the domestic front were not sufficiently discouraging, the rest of the world economy also appears to be slowing rapidly,” he added.

There was some method behind the Gov’s admission. Figures out on Friday will detail the latest estimates of Britain’s Gross Domestic Product. He and the Institute look like they have got in a bit of pre-emptive softening up for what will be some miserable figures later in the week.

Even though things are slowing here, we are still a long way from where Britain is heading, and Ireland, which could suffer a slump even deeper than Britain.

Ireland started the bidding on bank guarantees and still hasn’t fully explained why it was necessary to go down that route. We still don’t know the condition of Irish banks, or whether any Australian banks are caught up in the financial black hole that seems to hover over Dublin. Macquarie Group, Babcock & Brown and Perpetual have businesses in Dublin in financial services and or funds management. That’s something to keep an eye on. 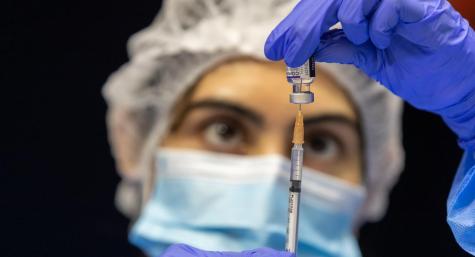 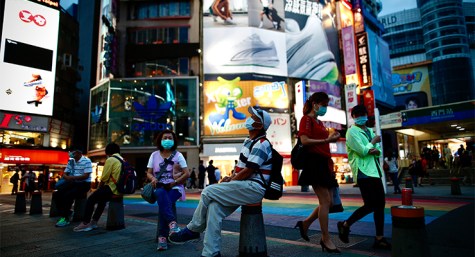 Postcard from a bar in Taiwan: ‘nobody I talk to here gives a fat rat’s arse’ about China’s bullying