Kevin Rudd is coming after the greedy. And he'll be packing heat, writes Bernard Keane.

We have nothing to fear, the Prime Minister seemed to be saying in his mostly pointless address to the National Press Club yesterday, but fear and greed themselves. He wants to first fix the fear, then he’s coming after the greedy. And he’ll be packing heat.

Fixing the fear will take a while. Apparently the crisis is back on again today, just when we thought it was off. But that’s OK, wait five minutes and the markets will be back up 10%.

It’s fixing the greed that has got people animated. Rudd’s performance yesterday was mostly old material. Admittedly, when you’ve been knocking ‘em dead for days with a dynamic change of routine, it’s hard to keep coming out with radical new stuff day after day. The one new line was his battle plan for the War on Greed, involving executive remuneration.

Read today’s press coverage, and you could be forgiven for thinking he had proposed to personally vet every bank executive’s salary. In fact, Rudd’s proposal was rather minimalist. He has asked APRA — who doubtless are sitting round with nothing to do — to develop a template for him to shop around world leaders as they engage in the reform of financial regulatory arrangements which would link increased capital adequacy requirements to remuneration packages that encouraged risk.

The only action proposed by Rudd in addition to that was unspecified. Rudd said:

The Australian Government will also now be examining with APRA what domestic policy actions would be appropriate in pursuit of this objective – ie to deal with the problem of executive remuneration to (sic) financial institutions.

So, let’s be quite clear — whether people like it or not, Rudd hasn’t proposed anything that would limit any executive’s pay.

Still, the cries of bank-bashing went up almost immediately. Australian banks do not currently engender the level of absolute fury being directed toward US and European banks by average punters. Gordon Brown could propose the execution of every tenth City banker as a means of freeing up credit markets, and the only quibble would be whether to shoot them or use a slower method.

But here, banks merely engender the ordinary level of fury felt by Australians toward rapacious and gouging oligopolies. Rudd will be quite happy his decidedly modest proposals to maybe do something, sometime, about the pay of bank executives elicited such a reaction.

Malcolm Turnbull is in a bit of a difficult position on executive pay, having been a very highly-paid banking executive previously. In the wake of the One.Tel collapse in 2001, Turnbull, then with Goldman Sachs, argued that directors (he didn’t discuss executives specifically) should be paid more. However, he told Alan Jones last week:

Alan the level of executive salaries is incomprehensible to the vast majority of people. It has become excessive in my view but it is really a matter for shareholders and the shareholders of these banks and other institutions have really got to ask themselves whether they’re getting value from these salaries.

I mean I really question whether the superannuation funds are listening to their members, you know to the people whose savings they’re managing, when they go along to these meetings and vote for these big salary packages because the — I’m not suggesting that any particular;

I’m not criticising any particular chief executive — but you do have to ask yourself in these times, particularly when things are looking as tough as they are now, how these very big salaries are justified.

Which is not to suggest Turnbull’s a hypocrite. If you don’t change your views on executive pay from when you’re a top investment banker to when you’re Leader of the Opposition, you’re plain stupid. But his eminently sensible view that shareholders and superannuation funds should be more aggressive in questioning remuneration packages is exactly the approach adopted by Rudd and Swan on grocery and fuel prices — one that the Opposition was highly critical of.

Rudd hasn’t gone much further — except in public perceptions, where he now has the enviable appearance of a stern, rather puritanical father prepared to put the family fortune behind his banking offspring, but ready to clip them across the ears if they play up. 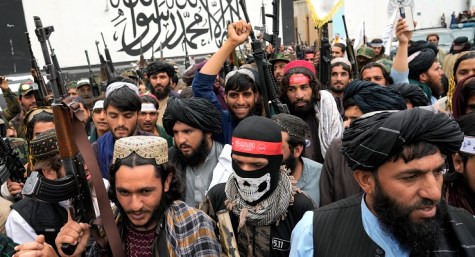 A year after the Taliban takeover, Afghanistan searches for glimmers of hope amid poverty and fear 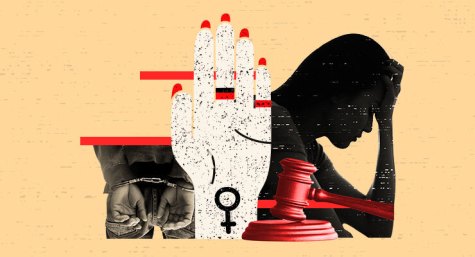 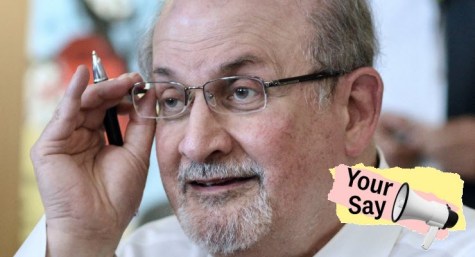 I recall the Labor party pre-election decrying obscene salaries across the board. It seems they are, not surprisingly, full of hot air. Why just the bankers? Why not sportsmen? What are they doing about it?

What absolute pap Andrew . As a shouter for the LOSING TEAM at the last Federal election, your asinine comments reveal your knowledge of the issues at hand. May I respectfully suggest that you make a worthy attempt to understand the issues, before commenting

You’re another Coward Commentator ie: one who provides witless bile withjout being able to be held personally responsible for it.

What next ? graffitti on the office toilet door ???? But worry old jasp, the trust fund shares will recover in time.

PS: President Whitlam has a such a nice ring to it…but I’ll settle for President Keating

Chairman Rudd says he’ll fix it all. He has solutions, it isall about greed. A CEO on $9m must be bad, musn’t it? After all, they are wealthy, and in Rudd’s socialist ideal that’s just not right. Yeah, he says he’s not a communist, but he looks like Chairman Mao, speaks Mandarin and has clearly spent time reading Marx.
You wonder why business rejected his pleas yesterday? Why wouldn’t they. They attacked business over the workfroce. They decided to tax luxury cars, unless you are a farmer. In all, the amount of a dead red policies rolled out under this man would make Gough Whitlam feel proud. If it looks like a socialist, talks like a socialist and maks policy like a socialist – it is a socialist. And that also makes him confused, or a liar.
He has no answers. He thinks forking out government money to prop things up will help, yet history says it can’t and won’t. He and Swann are so out of their depth it isn’t funny, and yes he is alreayd on course to be our worst ever leader. We had a strong economy that crumbled on the back of a lack of confidence after his election. Yes, the rest of the world went ba, but that happened a few times under the last leader and we did OK. I’m not a great fan of Howard in terms of his social policy, but at least his government could run an economy.
You voted for him, not me. Unfortunately I am stuck with the creten fiddling around the my family’s future. Might move overseas where hard work is a worth something.

I have no recollection of any such financial crisis occuring during the glorious years of the Howard government, but then I guess since that government were such good economic managers I probably didn’t notice what the rest of the world was doing. Andrew economies do not change as fast as what you are suggesting unless really extreme fiscal or monetary action is taken – which of course hasn’t happened. The reality is that this country is better off than many other but is by no means immune to what is occuring else where. A bit of socialist thinking might actually do us good to reverse some of the neo-liberalist greedy thinking that was encouraged by the previous government. Andrew where would you go that it will be better than here? The USA? The UK? Germany? Or maybe China?