Not since the days of Monica Trapaga who used her reputation as a Playschool presenter to “inform” the Australian public that Coco Pops is in fact good for you, have we seen such blatant spin as presented by Coca Cola and Kerry Armstrong in their recent advertising.

Clearly the large community concerns about the link of soft drinks to obesity have sent the accountants running to the marketing people at Coca Cola to see what they can do to turn their sales around.

Kerry Armstrong has sold her wholesome and motherly image for the express purpose of making parents feel comfortable about purchasing Coca Cola. Well if you believe the Coca Cola spin, their products wont make your children fat, nor is caffeine a concern and nor do we need to worry anymore about soft drinks rotting our teeth … Well, if Kerry Armstrong says that it is OK, then it must be true.

In response to Coca Cola advertisement, here are three home truths based on Coca Cola “myths”:

In an analysis of the pooled results of 88 studies, it was found that there were clear associations with soft drink intake and increased energy intake and body weight that contribute to medical problems like diabetes. Soft drink intake was also associated with lower intakes of milk, calcium and other nutrients. To pretend that their products are not part of the obesity problem is like saying our coal-fired power stations are not contributing to climate change.

Coca Cola tells us that 250mls of their soft drinks contain only about a third of the level you will find in the same amount of coffee. This is supposed to make us, as parents, feel relieved and that it’s okay to provide our children with caffeine. The fact that you can’t even buy Coke in a container less than 375ml and many young people and children drink much more than 250ml is lost in the argument.

In a major study in the US found that only 8% of regular cola soft drink consumers could detect the effect of the caffeine concentration found in most cola soft drinks. Similar results have also been found in Australian studies. It is important to recognise that the high rate of consumption of caffeinated soft drinks is less about taste but more likely to do with the impact of caffeine on mood and physical dependence.

Myth 3: It rots your teeth: TRUE

To possibly suggest that drinking a product which contains acid and with such high sugar concentration as Coca Cola is not going to add to tooth decay can hardly be even seen to be credible and the Australian Dental Association wholeheartedly agrees. Tooth decay has been increasing in six year olds, and I dare say soft drink consumption has a lot to do with it.

I am sure now Kerry Armstrong will be wondering — with her large cheque in hand — as to whether being associated with Coca Cola, where truth is distorted for commercial benefit, is really worth her reputation.

Craig Sinclair is a spokesperson for the Parents Jury, the Director of Education for the Cancer Council Victoria and a father of two. 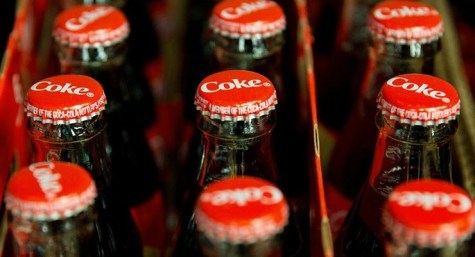 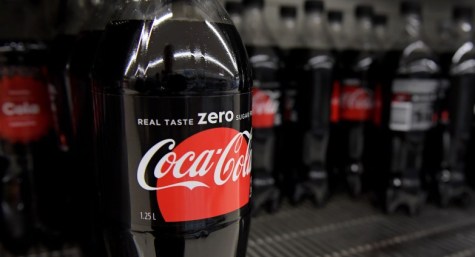 Crikey. If you’re going to analyse something, at least try to leave some personal bias out and argue rationally.

“The fact that you can’t even buy Coke in a container less than 375ml ” BZZT Not a fact at all. Which makes you are a liar, and a hypocrite. Coca-Cola is available in both bottles and cans in quantities less than 375ml. Your assertion that someone will drink the entire contents of a container just because it is available is rediculous. I have bought 1 or 2 litre milk containers, but I have never drunk an entire 2 litres of milk in a day. I have bought 2 litre bottles of cordial, and the bottle has lasted months.

As the Founder of a Charity that educates children and young people about all aspects of food, we will make great use of this advertising copy as a learning tool.
The kids can examine and discuss potential misinformation by reading and researching the Coca Cola ingredient list / nutrition label. What fun it will be to find out how the caramel colour is made as well as the caffeine, phosphoric acid and sugar or aspartame. Kids are smart, they will no doubt find out about how over consumption of these ingredients affects their well-being and discover / compare healthy alternatives.
They can also discuss ‘spin’ and ‘ethics’ and how the ad may have been designed to alleviate the guilt of a target market; thus making mum’s feel better about their own soft-drinking habits and their responsibility as a role model for healthy food choices.
For extended learning, kids could research CCA and it’s business practice in the context of environmental citizenship. In fact, the term ‘food myths’ is a topic full of rich learning opportunities, not to mention the technology involved in processing, the law in Kerry’s contract, the ROI of the advertising dollar investment and the impact on CCA share price!
Perhaps kids could research all CCA’s brands on the same basis – SPC, Neverfail, Grinders, Powerade, etc.

The Z-gen will be informed consumers [ergo informed parents] – indeed they are the masters of chutzpah – CCA will need to play the game much better than this to win their long-term loyalty, despite Kerry’s appeal to their mothers.

One can never over estimate the chutzpah of CCA. Just ask the farmers objecting to water for growing food being sidelined into the luxury item of bottled water: Background here via link cut in two

Also there is an interesting tension in the market between the calories in coca cola/soft drinks generally and the unsustainable nature of bottled water (compared with gravity fed tap water). Some body conscious consumers surely bounce from one to the other with ethical consequences in either case.

I don’t get what all the fuss is about. Isn’t Kerry Armstrong and actor? And isn’t it an ad? And doesn’t she play dumb blonde parts? (from what I recall on Sea Change and Prisoner anyway).

As long as she’s fine with not being approached to advertise anything healthy ever (if she ever has – clearly I have not idea if she has) I can’t see the problem. It’s not like she’s the president of the AMA or something.