The global crisis: how can China help?

Despite China’s presence in the overall macro-economic equations, her voice has been rather mute. What can China do? Melbourne academic Adam Fforde investigates.

Despite China’s presence in the overall macro-economic equations, her voice has been rather mute. But what can China do? It is clear that China faces major domestic political problems. In the early 1980s a society deeply scarred by self-inflicted wounds under hardline Communists saw its leaders, keen to reform, turn to international capital and markets, rather than risk opening up to their own private business sector, cowed by decades of violence and persecution.

As material gains and the oxygen of a liberalising market economy started to ease pressures, 1989 saw the killing of students as senior leaders took fright and reached for the gun. In the decades since, rapid economic growth has kept things more or less in balance, culminating in justifiable (and justifiably criticised) national pride at the Olympics. China has had a massive breath of fresh air, and it was badly needed.

After the 1997 Asian Financial Crisis, forces interacted to encourage a continuation with a well-entrenched export drive. The world now knows very well that this has resulted in a massive build-up of foreign exchange reserves. Many also know that the chronically weak savings of the US middle classes, their real incomes squeezed by Republican tax policy and the loss of blue collar jobs, match China’s macro-economic imbalances.

China’s vast savings, un-mediated into domestic investments as that would probably require major political changes (such as legal changes to permit private businesses and investors a more normal political position), match her vast current account surplus. This then matches, as a matter of simple accounting, the US external deficit and lack of domestic savings. It has long been expected, since such build-ups of assets and liabilities must eventually reach unsustainable levels, that these imbalances would unwind. The US middle class would start saving again, perhaps when it found that borrowing to invest in houses would stop being a good idea as house prices stopped rising. The US economy would stop being characterised by chronic fiscal deficits. And China’s savings would largely finance Chinese development.

But the current global crisis, obviously related to these macro-economic imbalances but equally obviously not directly caused by them, has come upon us. The G7 and G20 have shown through the rapid response that, like most, eventually people learn to cooperate in a crisis, and we have seen formidable quantities of state power deployed. We wait and see what will happen.

By simply doing nothing to rock the boat she does much. But what limits are there to how the massive foreign exchange reserves may be used?

Central bankers and many economists know that increases in foreign exchange reserves are, unless something is done about it, inflationary. The Russians found recently that, when foreign investors sold up and ran home to shore up their positions on Wall Street, they had to spend vast amounts of reserves. What they then found was that, having bought Roubles for the dollars they had spent, their financial markets rapidly faced a major liquidity shortage.

Chinese central bankers probably watched this with interest, for it suggests that, were push to come to shove, massive sales of Chinese foreign exchange reserves would be very dangerous for the domestic Chinese economy. In a major geopolitical stoush, this would amount to a situation of Mutually Assured Destruction for the US and China. Further, as the Chinese economy cools nobody can quite be sure just what social tensions may arise if unemployment jumps in China’s coastal cities.

So what can China do? If the local deflationary costs of any major run-down of reserves are considerable, then this in effect means that the liquidity of her reserves, from the point of view of her debtors, is less. If they are held in US Treasury Bills then there are two, not three, viable choices — sell them for another reserve currency, such as Euros, or use them to buy longer-dated dollar debt. And it is this latter choice that would perhaps give China the position at the IMF and other fora that she deserves.

One wonders whether this option has already, in some way reflecting the complexities of the US-China poker game, already been muted. By lengthening the average term of her dollar holdings, China will contribute to resolving the global crisis. In return, it would perhaps seem likely that protectionist tendencies in the US Democratic party might be eased, at least so long as China seems committed to winding back the export drive. Here the recent decisions to permit her farmers to use their land use-rights as collateral is a good pointer, as it will make it easier for China’s domestic savings to be intermediated into domestic investments. 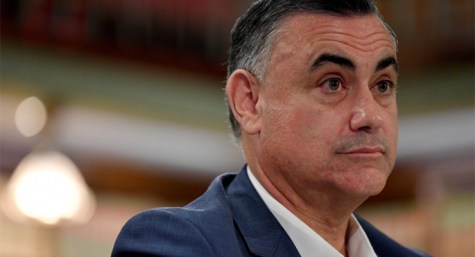 Dear Mr Fforde, The last word in the first sentence of the last paragraph in your article is ‘muted’. It is unclear to me whether ‘muted’ is correct or whether ‘mooted’ was intended. Could you clarify this? N.b. The word ‘already’ is also used twice in that sentence, one of which seems superfluous. Regards, Sharon Grey

Hey Sharon
Mooted, of course, well done. Already already has already been used too much.
Adam