McCain has acted with extraordinary cynicism, dressing that opportunism as statesmanlike bipartisanship. It is no such thing.

American presidential politics are taking a turn for the heated. Here’s an extraordinary chronology, as compiled by The Nation’s John Nicols.

Early Wednesday, at 8:30am EST, Obama called McCain to propose that the two candidates attempt to take a leadership role in responding to the economic crisis. Concerned that no consensus was emerging from negotiations between Treasury Secretary Hank Paulson and leaders in Congress, Obama suggested that he and his Republican rival outline shared goals for any bailout of troubled banks and financial-services institutions.

Specifically, Obama proposed that the two author a joint statement of “shared principles and conditions” for a bailout.

McCain responded around 2:30pm EST Wednesday to express his willingness to work with Obama.

Then, at 3pm EST, without alerting Obama or the Democrat’s campaign to his intentions, McCain called a press conference to announce that he would stop campaigning in order to return to Washington to focus on the “historic” crisis facing the U.S. economy.

Friday’s first debate of this campaign is now in doubt, McCain declaring it off-limits in his non-campaign mode. Obama is still prepared to debate the Republican, reasoning that within a short space of weeks either man will be taking charge of the unfolding mess spreading poisonously from Wall St and the US public has a right to hear their views and to see them contested. “This is exactly the time when people need to hear from the candidates,” Obama said. “Part of the president’s job is to deal with more than one thing at once. In my mind it’s more important than ever.”

McCain has acted with extraordinary cynicism, dressing that opportunism as statesmanlike bipartisanship. It is no such thing.

While McCain was trying to make himself look like a leader today, the Republican contender instead confirmed that he is uniquely unqualified to serve in a position that requires the occupant to win and retain the trust of those with whom he negotiates.

Read the latest in US politics on the Crikey US Election08 page. 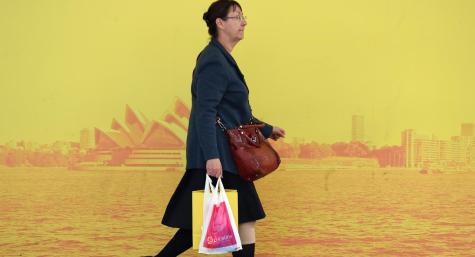