The Australian is frothing at the mouth at the appointment of Stuart McIntryre to the National Cirriculum Board. Not an entirely surprising development, writes Overland editor Jeff Sparrow.

Today, The Australian devotes no less than three articles to informing its readers that historian Stuart Macintyre once belonged to the Communist Party.

This revelation comes in the context of Macintyre’s appointment to the National Curriculum Board, a post from which, the Oz implies, he’ll soon have the kiddies rote-learning Enver Hoxha and The Little Red Book. Of course, like Imre Salusinszky’s enthusiasm for Jacques Derrida  and Keith Windschuttle’s penchant for psychedelics (“The real reason behind the bigotry surrounding LSD remains a mystery”), Macintyre’s membership of the CPA came to an end decades ago.

Nevertheless, Kevin Donnelly bewails that his “worst fears” have been realised:

Macintyre, from the University of Melbourne and one-time member of the Communist Party, is a staunch advocate of what he terms “history from below” — one that dismisses a grand narrative celebrating what we have achieved as a nation. For historians like Macintyre, unlike Geoffrey Blainey, who called for an end to what he termed a black-armband view of history, the subject is about privileging victim-groups and interpreting the past in terms of power relationships.

Faced with the awful prospect of, say, the history of the convicts and their gaolers interpreted in terms of power relationships, The Australian’s education writer, Justine Ferrari, toddles off to Wollongong’s Gregory Meleuish, one of the Right’s reliable Torquemadas, who obligingly tells her that Professor Macintyre’s appointment should be compared to the Howard government giving Keith Windschuttle the job.

The problem with this is, of course, that Howard did actually appoint Windschuttle, not in the area of history but to the ABC board, a post for which he possessed no qualifications whatsoever (apart from his authorship, many years earlier, of a book which complained that the national broadcaster was dominated by reactionaries — go figure!).

By contrast, as The Australian editorialist admits, “Professor Macintyre is regarded as a distinguished historian with a love of the discipline”. (For an illustration of Macintyre’s formidable capabilities, it’s worth reading an earlier exchange between him and Donnelly, in which the unfortunate Mr Donnelly comes off very much the worse.)

But what about Macintyre’s dismissal of the grand narrative of Australian history? Why, here’s a quote that illustrates his pernicious relativism:

Narrative is a tricky concept. There is no narrative into which all history can be placed but a number of narratives, some of which may conflict and others that may be complementary. Narrative is about what we put into a story and what we leave out.

Oops! My bad. That’s not Macintyre at all but a certain Greg Meleuish, writing about the teaching of history in schools at John Howard’s History Conference.

Despite his politics, Meleuish can write the paragraph above because it’s self-evidently true. As Sean Scalmer notes in a recent comparison of Australian “short histories”, until well into the 1950s, most of our history texts focused almost exclusively on explorers and settlers, with almost nothing about Aborigines and very little on the twentieth century at all. Macintyre belongs to that generation of historians that drew attention to the other stories now taken for granted, and so his appointment to the National Curriculum Board makes perfect sense.

Mind you, the other thing about the grand narrative that Donnelly wants in the schools is that one suspects that a Gradgrind history of facts and figures about Merino production and Bradman’s batting average would today be entirely unteachable. Macintyre’s one-time collaborator Anna Clark (identified in the Oz editorial as “Manning Clark’s grandaughter”, as if political attitudes were a hereditary disease) recently interviewed school kids in Canada and Australia about their experiences of learning history. In both countries, the students explicitly complained about triumphant narratives of national progress.

“Australian history just makes me want to cry,” one of the kids explained. “It’s so boring and I can’t stand it.”

Readers confronted by the Murdoch’s unrelenting culture wars might well come to the same conclusion about the Oz. 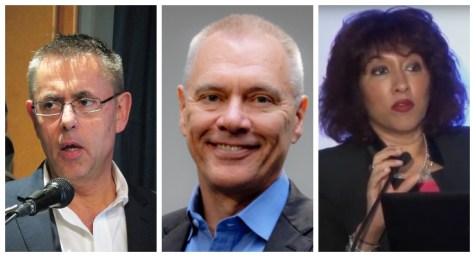