Is going private the answer to media woes?

Perhaps private ownership of media, certainly in the difficult conditions our industry is facing at present, may be preferable, writes Jonathan Este.

There is increasing speculation in the US that a number of publicly traded media groups may be preparing to go private. This has been fuelled in recent days by news that the chief executive of McClatchy, the newspaper giant that bought Knight Ridder a couple of years ago, has resigned as director of the family trusts that control 41 per cent of the stock. This, says the usually reliable Newsosaur, could be because a chief executive could not both represent the interests of shareholders and lead a buyout.

McClatchy, like many listed news groups in the US, is worth a fraction of what it was worth only a few years ago – its shares have slipped – plummeted – by 88 per cent since it bought Knight Ridder, to the extent that it is now valued at just US$301 million.

Servicing the debt on such an acquisition, says Newsosaur, even if the McClatchy family paid shareholders a 20 per cent premium, would cost less than the nearly $60 million the company pays in shareholder dividends.

Newsosaur, the pen name for Alan Mutter, former columnist, editor and latterly CEO of InterMedia, has also identified the New York Times group, Gannett and Lee Enterprises as companies that could conceivably head back into private ownership as their share prices have fallen to remarkably low levels.

This may be not such a bad thing for the news business. While widespread share ownership is an expression of democratic wealth sharing (we can all own shares, we can’t all own newspaper groups), experience tells us that shareholders do not always make good owners of media companies, especially when the going gets tough.

One interpretation of our recent experience with Fairfax Media is that the boards of publicly listed newspaper groups are often driven to take a short-term, results-driven strategy rather than managing for the long-term.

One thing you hear time and time again is that The Guardian newspaper benefits from being held in a trust situation, where it is hugely cross-subsidised and thus able to manage for future growth rather than present revenue. (That said, Guardian News & Media continues to lose considerable amounts of money, despite growing its online revenues impressively over the past couple of years.)

A recent debate in the US, sponsored by the Society of Business Editors and Writers, concluded that public ownership, particularly of the larger metro papers, was an outdated model. Mark Frisby, executive vice president of Philadelphia Media Holdings, owner of the Philadelphia Daily News and the Philadelphia Inquirer, told the forum that he thought a lot of newspaper groups would eventually ‘return from Wall Street to Main Street”.

Wall Street has always expected a high return, margins in the region of 20 to 25 per cent, Frisby said. But private owners “have accepted the fact that if we can get 10 or 12 percent margins, we are happy with that”.

Media ownership has always been far too concentrated in this country – this is a problem that successive governments have failed to address, indeed, the Howard government’s last tinkerings with the ownership laws resulted in the Rural Press/Fairfax merger that has arguably led to the latest round of cost-cutting angst.

But the whispers are becoming more and more widespread that perhaps private ownership of media, certainly in the difficult conditions our industry is facing at present, may be preferable.

Ownership and revenue models will certainly be among the topics on the menu when the Alliance holds its second Future of Journalism conference this weekend in Brisbane.

At the previous summit, in Sydney in May, we heard The Guardian’s media columnist, former Daily Mirror editor Roy Greenslade, predict that most newspapers were moribund and that perhaps only one or two “quality” newspapers would survive (Greenslade cited The Australian and The Australian Financial Review as two that might make it).

We heard News Ltd editorial director Campbell Reid say that he couldn’t wait for the end of the tyranny of the printing press, the day when “this great weight of doom slips off our shoulders and we … go and compete on whatever platform the audience wants.”

Crikey publisher Eric Beecher talked of a viable news operation (this one, as it happens) that could just about make money with 30 or 40 journalists supplying high quality information and comment to a paying subscription base, but said a proper news breaking operation, with hundreds of journalists pursuing the civic “Fourth Estate” role of journalism would need a different ownership model – a model that remains unclear.

Last week journalism educator John Cokley wrote on this site that the mainstream media, the News Ltds and the Fairfaxes, were dinosaurs, doomed to extinction and that journalists would have to learn to generate their own income. We’ll be hearing from a few journalists that already do just that at our Brisbane conference.

What everyone seems to agree about, however, is this:

Firstly, that the huge margins once generated in the news media are, for the time being at least, a thing of the past.

And, secondly, that to compete on the new media landscape you can’t afford to let quality slip.

They tried that in the US and the downward spiral of revenue merely quickened. Perhaps a shake-up in ownership is what the industry needs. Certainly an attitude adjustment towards longer-term strategic thinking is in order. And that right urgently.

To read more about the Alliance Future of Journalism event which runs from 9.00am to 4.00pm this Saturday, September 13, at the QUT Gardens Theatre, go to www.thefutureofjournalism.org.au or call 1300 656513 to book your ticket.

Jonathan Este is director of communications with the Media, Entertainment & Arts Alliance. His views are not necessarily those of The Alliance. 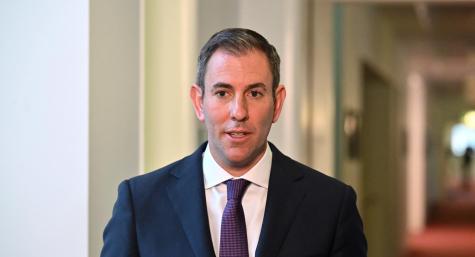 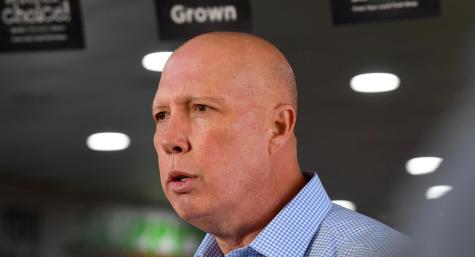 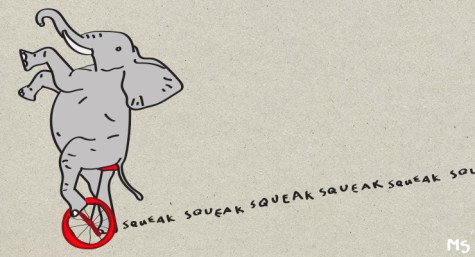 Thank God for links: if readers want to see what I actually wrote last week (not what Jonathan Este says I wrote) click here: http://www.crikey.com.au/Media-Arts-and-Sports/20080902-News-Corps-and-Fairfax-not-the-future-of-journalism.html

I wrote that: “The future of journalism rests with journalists, not with the owners and managers of the processes of capital designed to deliver journalism.”

I wrote that the MEAA has failed to capitalise on professional development opportunities for journalists, in favour of listening to outdated media bosses.

I wrote “the Australian journalists’ union told me late last month it’s too ‘flat out’ to commit to supporting such professional development seminars; they’re flat out looking down the barrel of the past of journalism”.

I also wrote that the MEAA should concentrate on the “Big Market”, not just “Big Media”.

The dinosaurs are not just in News Corp or Fairfax …