Mark Davis: The Land of Plenty

Australia’s particular democratic ethos isn’t simply a matter of headline-making achievements. It extends through to the way in which day-to-day life is lived by ordinary people, writes Mark Davis.

Like most relatively young settler nations, Australia embodies hopes that reach far beyond its shores. Modern Australia was conceived as a relatively classless, properly democratic place, where ordinary people are able to live well, where there is steady and fair social progress, and where the ideas of collectivism and mutuality matter as much as the rights of the individual. These ideas come together in a unique democratic project that, while never fully realised, Australians have historically striven for.

Australians have always been dreamers and thinkers, who, over the past 200 years, have worked to make this one of the world’s innovative democracies. One of the world’s oldest continuous democracies, most Australians lived under democratically elected governments by the mid-1850s, and the nation as a whole has been a democracy since Federation in 1901. In 1856, three Australian colonies in Tasmania, South Australia and Victoria introduced the world’s first secret ballot, a system that was known as the “Australian ballot” on its introduction in the United States in 1888.

In 1856, Australian workers were among the first in the world to campaign for an “eight hour day”, a measure that was progressively adopted across various industries and states until it was formally granted to all workers in 1948. In 1899, Queenslanders gave the world its fi rst Labor government, intended to represent ordinary working people rather than powerful vested interests. In 1902, Australian women became the second in the world to get the vote — New Zealand had led the way in 1893.3 American and British women had to wait until 1920 and 1928 respectively. In 1907, the “Harvester Judgment” helped enshrine the principle of a basic wage, a world first that laid the foundation for the wages arbitration system.

Progress continued through the twentieth century. In 1973, in another world first, the Whitlam government appointed an adviser on women’s affairs, a lead that was followed after 1975 by all state governments. In 1982, the Fraser government introduced freedom of information legislation, the first of its kind for a Westminster-style government. In 1993, in another pioneering move, the Keating government legislated to ratify the overturning of the doctrine of terra nullius, by which Australia had been considered untenured land pre–white settlement. In an innovative twist, white law was able to reach back before white settlement to recognise law that had come before.

Being Australian is an ethical project. It was in these pioneering moments that the specifi c combination of traditions and ideas that makes up Australian values — egalitarianism; the “fair go”; the idea that one person is as good as the next, irrespective of background — was founded. What all these reforms had in common was that they were levellers that sought to protect the small from the powerful. These ethics were to a degree oppositional. Australia, perhaps more than anything, offered the chance of an escape from nineteenth-century Europe and especially Britain, with its industrial squalor and workhouses, intractable class differences and rapidly worsening inequality, brought on by economic laissez faire.

This colonial outpost wasn’t just a sunnier and more bucolic new beginning; it also gave a chance to a basic fairness and equality of opportunity at odds with the prevailing ethos at “home”. Nor did these reforms simply happen by themselves, as if the universal pursuit of fairness is an essential Australian national character trait. Rebelling miners, small farmers, unionists, feminists, judges, politicians, intellectuals and others all played a part in struggles for social justice that have rarely been doctrinaire. Australian people, on the whole, haven’t aspired to ideological purity. They’ve aspired to become middle-class.

The blind spot was race. As shown by the infamous White Australia policy, passed by the new Commonwealth Parliament in 1901, from the outset Australia’s ideal of the ordinary was racialised. Built on earlier colonial anti-Chinese laws, the policy wasn’t relaxed until 1966 and wasn’t formally abolished until 1973. Nor were Indigenous Australians included in the way the new nation was imagined.

It took until 1992 for the doctrine of terra nullius, by which European occupation of Australia was ratifi ed on the grounds that the land was legally empty and belonged to no-one before white settlement, to be ruled invalid by the High Court in a case brought by Eddie Mabo and four other Torres Strait Islanders. The subsequent Native Title Act opened up non-freehold land to claims by traditional Aboriginal owners. A subsequent High Court judgment on a case brought by the Wik people allowed Aboriginal people to negotiate for dual occupancy of the huge pastoral leases that take up many traditional tribal lands. Neither Mabo nor Wik is land rights proper, but despite their minimal threat to established white interests, both were bitterly opposed.

Australia’s particular democratic ethos isn’t simply a matter of headline-making achievements. It extends through to the way in which day-to-day life is lived by ordinary people. The Australian home on a suburban block is its microcosmic version. It represents an egalitarian ideal where everyone can be a landholder of a block of more or less the same size. Australia has among the highest levels of home ownership in the world. The suburbs that stretch out from the centres of Australia’s cities are often criticised as a “sprawl” by those who don’t understand that this is a price most Australians are prepared to pay to have a decent-sized block of land, equal to their neighbours, on which to do more or less what they like.

Yet Australia is a place that, for all its achievements, is still dreaming of what it might become. As a shared project it’s only half-complete, and now finds itself facing a moment of uncertainty. As new pressures have been brought to bear — by economic reform and globalisation, by terrorism, by immigration, by Aboriginal demands for equality and reconciliation — a crisis of confi dence has overtaken many Australians. No longer bold, adventurous or enterprising, the prevailing outlook has become wary and defensive. Longstanding principles of fairness and unique traditions of egalitarianism have been undermined by decades of reform. The idea that Australia is a bold democratic experiment has given way to a culture that doesn’t know how to make itself anymore, and that, hamstrung by failed orthodoxies, has lost direction, no longer sure of what it believes in or what it should be striving for.

This is an extract from The Land of Plenty by Mark Davis, (MUP), available now. Visit www.thelandofplenty.com.au 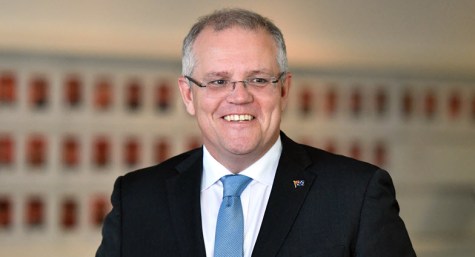 Compared to the rest of the world, Australian democracy is doing pretty bloody well