It is not the Ormiston College uniform policy that needs review, it is the special status we accord to religion, writes Michael Gordon Smith.

Ormiston College has avoided a fight in Queensland’s Anti-Discrimination Tribunal over a Sikh boy’s hair. In an out of court settlement it has apologised and undertaken to review its enrolment practices and its uniform policy to ensure it does not act in breach of the Anti-Descrimination Act 1991 (Queensland). It’s likely this review will mean the school is unable to impose a uniform uniform policy. Some students will be able to claim a special exemption.

No doubt in reaching its decision Ormiston College carefully read Section 11 of the Act which explains that indirect discrimination happens “if a person imposes, or proposes to impose, a term:

(a) with which a person with an attribute does not or is not able to comply; and

(b) with which a higher proportion of people without the attribute comply or are able to comply; and

(c) that is not reasonable.

The Act helpfully provides an example:

…an employer requires employees to wear a uniform, including a cap, for appearance reasons, not for hygiene or safety reasons. The requirement is not directly discriminatory, but it has a discriminatory effect against people who are required by religious or cultural beliefs to wear particular headdress.

The Act discriminates in favour of one set of beliefs over another. The Queensland law appears to attach a substantially higher value to beliefs about appearance when they are held because someone belongs to a religion or culture rather than because they belong to an organisation or institution, or because they have perhaps reached a view after careful private consideration. It dignifies religions over institutions. Except for religious institutions which are granted a sweeping exemption from the operation of the Act.

If Ormiston College were an educational institution wholly or mainly for students of a particular sex or religion, then the Anti (sic)-Discrimination Act would specifically allow it to exclude applicants who were not of that religion. If it were a body established for religious purposes, the Act would not apply to its actions if they were:

(i) in accordance with the doctrine of the religion concerned; and

(ii) necessary to avoid offending the religious sensitivities of people of the religion.

No good public policy purpose is served by discriminating between sensitivities or beliefs to give more favourable treatment to those with a higher level of religiosity. On the contrary, to do so validates and encourages the idea that some beliefs are beyond critique. If we want to give precedence and priority to one set of beliefs over another, we should grant more favoured treatment to those reached on the basis of evidence and carefully reasoned argument.

And there are many sound aesthetic reasons to object to the college’s hats and maroon ribands. It can not be unreasonable only to demand compliance from those who have a cultural or superstitious belief that they should do otherwise. An aesthetically sensitive child may suffer the same discomfiture as the child of religious parents from the school’s uniform requirements.

In fact, to the extent that personal or aesthetic sensitivities arise from the individual rather then from the strictures of the parents, respecting and encouraging them may be more important to the ultimate development of the child’s character.

The present law demands we accommodate and dignify the doctrinal, the unfounded and the illogical more than the beliefs and opinions reached on the basis of inquiry, evidence or argument.

It is not the Ormiston College uniform policy that needs review, it is the special status we accord to religion. 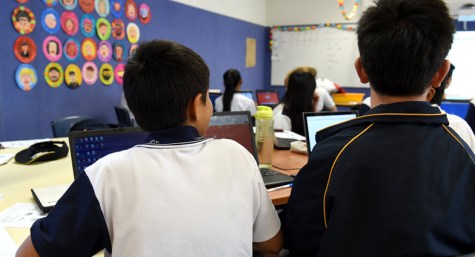 I don’t think the decision to wear religious headwear is normally made by the child. So what you’re really comparing is the religious sensitivity of an [often marginalised] religious or ethnic group of people with the aesthetically sensitive individual child. Which, in my opinion, is ridiculous.

concerned citizen is that a code word for underemployed busy body?

No. If someone had an objection based on “inquiry, evidence or argument” – eg, compelling scientific evidence that maroon hats are harmul to one’s health – I daresay the good folk at Ormiston college would oblige. An individual’s aesthetic judgment does not amount to evidence. We do however privilege religious objections over aesthetic ones – which is likewise a dubious policy.

BP,
stop just saying ridiculous as though it’s self evident.
Try to explain what it is about religious sensitivities, marginal or not, that deserves special respect without just saying because they’re religious or marginalised.