Australian Public Service Commissioner Lynelle Briggs has declined to undertake an investigation of allegations that the Department of Health and Ageing lied to a Senate Committee, reports Bernard Keane.

Australian Public Service Commissioner Lynelle Briggs — as anticipated by Crikey on Wednesday — has declined to undertake an investigation of allegations that the Department of Health and Ageing lied to a Senate Committee investigating the circumstances surrounding a review of Positron Emissions Tomography in 2000.

Ms Briggs wrote to Tasmanian doctor Rob Ware earlier this week. Dr Ware has for several years pushed for an investigation into the review and changes that were made by the Department after it was completed without review committee members being informed. Special Minister of State John Faulkner asked the APSC to investigate the Department’s provision of false information to the Senate Community Affairs Committee’s inquiry into the PET review. Senators Lyn Allison and Christine Milne called the Department’s behaviour under Secretary Jane Halton “wrong, disingenuous and unhelpful, at best”.

Briggs has used Parliamentary privilege as an excuse not to investigate the issue, blaming advice from Senate Clerk Harry Evans:

On the basis of this advice I have concluded that I am limited to any inquiry into the matters you have raised. Under Parliamentary process allegations that false or misleading evidence has been provided to a Senate Committee are matters for the Senate to inquire into… Mr Evans has confirmed that any alleged interference or obstruction of committee process is a matter for the Committee of Privileges… At this stage I do not see that I have any further role in these matters.

Briggs’s failure to investigate serious allegations of politically-motivated obstruction of a Senate committee by senior public servants — which is a flagrant breach of the Australian Public Service Code of Conduct – creates the absurd situation that Senators who sought an investigation by the specialist agency with responsibility for such breaches have in effect been told to do it themselves. It is buck-passing of the most blatant kind and a significant shift in accountability for public servants: it will now be up to Senate committees — chaired by Government senators – to investigate claims that public servants have not cooperated with those committees. Government senators are hardly likely to have an incentive to investigate politically-motivated obstruction by public servants, which is usually intended to protect or prevent embarrassment to Ministers.

The response will take the heat at least temporarily off Jane Halton, who it is expected will not have her contract renewed when it expires in October. Dr Ware has told Crikey he will be pursuing the issue with Mr Evans to establish what the Senate Clerk thinks of Briggs’s interpretation of his advice. 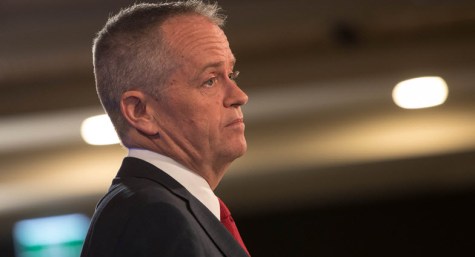 I’m pretty sure, on my reading of the Parliamentary Privileges Act 1987 that Ms Briggs has got it right, or at least has a good argument. Section 16(3) prevents much questioning in a “court or tribunal” of proceedings in Parliament or a Committee, and s 3 defines “tribunal” in terms that include bodies that can take evidence on oath or affirmation. Section 43 of the Public Service Act 1999 gives the APS Commissioner the same inquiry powers as the Auditor-General has under the Auditor-General Act 1997. Section 32(2) of that Act seems to permit the Auditor-General to direct that evidence be provided on oath or affirmation.

Let’s not lose sight of what has been lost here; the effect of the actions of DoHA was to deny funding for a PET scanner in Tasmania by disputing the clinical efficacy of an important diagnostic tool. While Dr Ware was ultimately thwarted in establishing the service, oncology patients resident in Tasmania are shipped to Melbourne, Sydney and Adelaide for this procedure, all on the taxpayers coin (as it should be).

I wonder who will perform the cost analysis comparing the current arrangement with the capital and ongoing costs of establishing a unit in Tasmania?