When successive Governments make FOI difficult they encourage “fishing expeditions” and ensure that the media exploits the documents they do manage to obtain for maximum effect, writes Bernard Keane.

The speech on Freedom of Information by the Australian Public Service Commissioner Lynelle Briggs last week garnered some attention from the Fairfax press — FOI guru Matthew Moore and The Age’s Katharine Murphy covered it — but it deserved more. It was one of the most outrageous defences of governmental secrecy in years.

In essence Briggs blamed the media for the ingrained tendency of the Public Service and their Government masters to withhold information. It was, according to Briggs, too ready to use information to irresponsibly report on what the Government was doing, too eager to misuse information to create impression of division and generate controversy where none existed.

The media should accept some responsibility for the current state of FOI. The extensive use of FOI editors has contributed significantly to the current impasse by flooding government with deliberate fishing expeditions and requests designed specifically to embarrass Ministers.

Nor is it just the fault of journalists. Oppositions are to blame as well, for, well, being Oppositions.

“I would like very much to see more open debate on policies,” Briggs said.

“But, this requires more responsible behaviour on the part of the media, lobbyists and Opposition political parties.”

Of course, you could make exactly the same argument about, say, the Australian National Audit Office’s activities. Its reports on Government performance have been irresponsibly used by the Opposition and the media. Even annual reports can be used to embarrass Governments. In fact, any accountability tool of any kind can and is abused. That’s the point of accountability. You can’t control the information it provides, however inconvenient.

And when successive Governments make FOI difficult, make it like pulling teeth, they encourage “fishing expeditions” and ensure that the media exploits the documents they do manage to obtain for maximum effect.

If there was more information, if there were more Cabinet documents released, for example, they’d lose their mystery and status. The sort of reporting that Briggs complains about (correctly) — the misinterpretation of the Fuelwatch leak as evidence of internal Government division when it was perfectly normal comment on a Cabinet proposal — would happen less because journalists trying to beat up stories would have to do so with more informed colleagues and a more informed readership.

Briggs, however, has some form in this regard. Margo Kingston in Still Not Happy, John, analyses one of the less reported scandals of the Howard era, when East Timor NGOs had funding taken away from them by Alexander Downer because of their criticism of Australia’s approach to negotiations over the Timor Gap oil fields.

An Ausaid official, Peter Ellis, was ordered to lie about the reasons why the funding was removed, but tried to stick to the APS Code of Conduct, which (strangely enough) requires our public servants to act honestly. Ellis was subsequently removed from his position.

When he complained to the Australian Public Service Commission — the Public Service’s in-house appeals body — Commissioner Briggs declared everything above board and absolved the Government of any attempt to keep the reasons for removal of the funding quiet.

Briggs prospered under the Howard Government, and as Public Service Commissioner could frequently be found – along with Peter Shergold — delivering speeches laden with Howard-era buzzwords about the Public Service it had systematically politicised — its need for “responsiveness”, to work closely with ministerial advisers, to take a “whole of government” approach — the sort of hypocrisy that made public service in the Howard era so stultifying as we sat there and pretended the entire notion of apolitical service and ministerial responsibility had not been junked.

There’s a continuing echo of that exact problem still recurring in the APSC. In June, John Faulkner referred the complaints of Senators Lyn Allison and Christine Milne about the behaviour of the Department of Health and Ageing in relation to a Senate inquiry into a review of Positron Emission Tomography (PET) in 2000. Laura Tingle and Verona Burgess in the AFR are the only ones who have been keeping an eye on this.

Milne and Allison had described the Department’s responses to the inquiry and questions from Senators as “wrong, disingenuous and unhelpful, at best” and recommended that the APSC:

Be asked to inquire into, report on and recommend action on the Department’s conduct in relation to PET with regard to the APS Code of Conduct and its responsibility to assist Ministers ‘to fulfil their accountability obligations by providing full and accurate information to the Parliament about the factual and technical background to policies and their administration’.

Senator Milne separately wrote to the APSC to ask it to investigate the Department’s conduct. The original review, in which it is alleged that the review outcome was altered by the Department without consulting the review team, was undertaken prior to the arrival of Jane Halton as Health Secretary, but the “disingenuous” behaviour complained about has all been on her watch.

The APSC initially told Dr Rob Ware, who has been complaining about the original review since it was first released, that it was looking to conclude the investigation quickly. The investigation is apparently still ongoing. There continue to be rumours that Halton will not have her contract renewed in October, which would be much to the delight of ALP backbenchers who despise her and a convenient out if the APSC had to declare that she’d overseen a less-than-honest approach to a Senate committee.

But given Briggs is on record as thinking Oppositions and the media can’t be trusted with internal Government information, what are the chances that we’ll find out what really happened in the way Health handled the PET review and its ensuing problems? 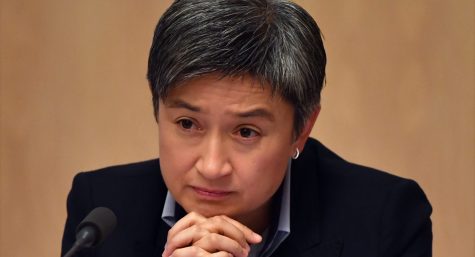 I think the change which is needed is for FOI applications dealing with matters of genuine public interest (eg the Children overboard files) should be prioritised ahead of matters of political jiggery-pokery (eg advice to Ministers modelling tax rates sought purely for political gamesmanship). Ms Briggs’ comments are pretty appalling, but unfortunately they’re also based on clear facts: irresponsible reporting on documents obtained through FOI has had a big impact on the working of these laws.

How tragic if Jane Halton of “children overboard” fame lost her contract! How delightful for those of us with long bitter memories! This woman would not know truth if it jumped out of the water and spat at her!

A timely article, thanks, I am needing a lot of FOI soon. Howard politicised the public service copying the Brian Burke method. The usual is to have the service lay down for the pollies but this method has them laying down for nominated corporate rulers also. I had a professional relationship with Burke and was mentioned in the 1st great book.