The company has chosen the three worse performing areas in 2008: the metro printing and publishing businesses reported lower sales and earnings, as did New Zealand newspapers, writes Glenn Dyer.

Is this a case of “seeing the light” or yet another senseless and unnecessary act by anti-employee management?

Last week, Fairfax Media said at the end of its 2008 profit announcement it had found “advertising markets have slowed in the new financial year. We have limited visibility on how well advertising markets will perform this half.”

This morning the company revealed that it had regained its sight and had managed to line up 550 people to be sacked across its Australian and NZ printing and publishing businesses and its corporate businesses.

It raises the question of why this couldn’t have been announced last week.

Fairfax joins the likes of Qantas, General Motors, Southern Pacific Tyres, Clipsal and Insurance Australia Group in laying off staff in the past two months.

Some might suggest that the company start at the top of the corporate tree and work down from the CEO, David Kirk, his deputy, Brian McCarthy (who wants to be boss) and even lower, especially Don Churchill in Melbourne.

Last week David Kirk said this in reporting the 2008 profit, which showed a small rise in earnings:

Overall, these are a very satisfactory set of results in the face of declining earnings for our Sydney and Melbourne metropolitan newspapers in Australia and tough trading conditions, particularly in New Zealand.

Our Board is very pleased to report strong earnings growth as a result of our singular focus on reaping the benefits of our merger with Rural Press and acquisition of Southern Cross, and the successful integration of those businesses into Fairfax Media and its operations in Australia, New Zealand and the USA.

And today the company issued a statement called a Business Improvement Program, a classic bit of spin.

With the new organisation structure in place and line management operating effectively, now is the time to launch a third wave of business improvement which will deliver benefits over the next two years.

Media companies fit for the modern media world need to be lean and agile. This far-reaching program will position us well for the next stage of our growth and development.

So no cuts in radio, digital or Southern Star, which is on the market anyway. It still has yet to be adequately explained why Fairfax paid $150 million for Southern Star or thereabouts when all it was buying were fluctuating incomes streams from TV and movie sales here and overseas and profits and fees from local productions, which are naturally volatile. On top of this Southern Star gave Fairfax yet more exposure to the strong Australian dollar at a time when it already was under pressure.

The company has chosen the three worse performing areas in 2008: the metro printing and publishing businesses reported lower sales and earnings, as did New Zealand newspapers. The Australian printing business saw a dip in revenue but a sharp fall in costs gave a small rise in earnings.

Fairfax has been centralising its subbing and production processes in NZ and has already fingered 40 jobs to go there in an announcement earlier in the year. The 550 losses announced today appear to be in addition to those. The Fairfax website said that:

The Sydney Morning Herald and The Sun-Herald will be brought under 7-day roster to remove duplication, the company said.

The changes, to be enacted over the next three months, will streamline editorial production production and with a number sections and special reports outsourced, the report said.

“However, the content creation and selection will remain under the control of their editors.”

In Melbourne, there will be review of operating, production and support processes in all areas, “including editorial.”

“As a result of this program, a number of positions will likely be declared redundant,” the company said, “There will also be a wide range of initiatives to significantly reduce costs in all departments across the business including deferral of wage reviews for senior management”.

There will be criticism from some, inside and outside the company, that these changes, particularly in editorial, will compromise quality and critical mass in the metro mastheads and their mission. We reject that. This initiative has been carefully constructed by the publishers with full regard for the integrity of their mastheads. Our newspapers will remain true to their heritage and their values of quality and excellence. 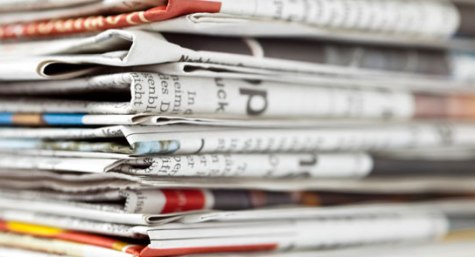 I get the feeling it is terrorism against the staff. They will be back to hiring even as they cut and slash to simply shake up the team, keep workers nervous and pliable, worried about their lifestyle and mortgages. Getting more pounds of flesh. Lisa Prior’s piece about over working gophers in high status companies in last weekend’s Good Weekend had a fair anecdote – boss to keen newbie – you work 14-16 hour days for 5 years and I (not you) will have another palatial mansion like this. They will call it clearing out dead wood but they wouldn’t know wood from putty more likely. Judging by 4 Corners last night this ultra corporate phase was forestalled back in 1990 or so when the Goanna was denied his live chicken dinner.

“There will be criticism from some, inside and outside the company, that these changes, particularly in editorial, will compromise quality and critical mass in the metro mastheads and their mission. We reject that.” Well they would say that wouldn’t they ?. The Fairfax board are completely inept. They don’t have a clue about newspaper culture and seem intent on divesting themselves of all the best journalists and photographers. They are going the way of the once quality UK newspapers like the Guardian or Independant. Rather that provide an alternative to garbage like the Sun or Mirror-those newspapers are dumbing themselves down to compete. It looks like the SMH is intent on mirroring the Daily Terror-but why ? There’s only room for one in this twon. Already the Sun Herald has plummeted to Sunday telegraph standards and is losing readers each week. It was nice while it lasted I suppose.