eBay turns to the dark side

eBay addicts are mighty unhappy these days. The online marketplace they've grown to love and trust has had both its purpose and values tampered with, writes Laurel Papworth.

One of the toughest things in business is the game of building trust. Trust and reputation are everything in commerce and even more so online — there’s nowhere to hide. Which is why the latest series of decisions by eBay are so astounding. The online marketplace that eBay addicts have grown to love and trust has had both its purpose and values tampered with.

Earlier this year eBay announced that it would remove negative feedback about buyers from the site, effectively removing the sellers’ right to complain. When both sides had equal access and rights to leave negative comments about each other the eBay experience was a reasonably trustworthy trading process. Now it appears to be all one-sided, which screws both reputation and trust.

Up until this year, most eBay customers operated under the widespread agreement that if you are auctioning off unwanted crap to a perfect stranger on the other side of the planet, you want to know that they ARE perfect, and that the deal will go as planned. That the buyer and auctioneer share common values of trust and integrity was always a given. Yet in a world where all buyers have positive feedback, there is no trust – buyers can blackmail sellers into giving money back with the threat of a negative comment, with no come-back on the part of the seller.

In response, eBay members went on strike for a week — a poll showed that 90% of sellers were unhappy with the changes. That quarter was the worst in seven years for eBay. And the best for some of their competitors.

And now, to further alienate members, eBay has announced it is moving away from auctions to fixed price sales to compete with Amazon. According to eBay, auctions (57% of revenue) are growing more slowly than sales, so instead of setting a target to improve auctions, eBay is focussing on competing with shopping sites and Amazon.

Goodbye to the nail biting days of waiting to see if you have won the crap you are not sure if you wanted anyway. Hello to Wham Bam Don’t Let the Door Hit You on the Way Out BUY NOW sales.

eBay was a powerful community because it was one of the first to put the transaction in the hands of the consumer — in the past were classified ads whose drawbacks include organisation and payment and trust issues. eBay instead offered an easy way for individuals to exchange items with an escrow payment process, and a fun auction built in. And a mechanism for evaluating trust, building a loyal community, which you don’t get with classifieds.

eBay is a $7.67 billion dollar online business (2007) dependent on customers trusting each other in order to transact with each other. By changing the rules of the game, screwing with both trust and auctions, eBay may yet lose their greatest asset — their community. 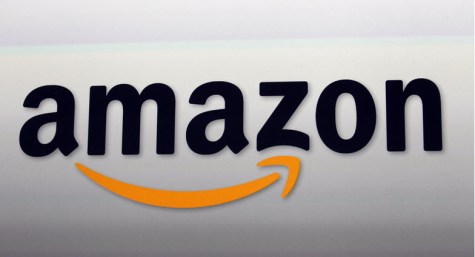 eBay to customers: we’ll handle your money, it’s for your “protection”

Luckily E-Bay is not the only site on the web. Many like I will move to another site that meets my wants and needs. There is no place for arrogance if you want to business on the web.

Laurel, you and your readers might be interested in this website http://www.eBuyer-Feedback.com . We seek to bring balance back to the feedback system for both buyers and sellers.

I was a loyal ebay seller for over 5 years and decided in early 2008 that it no longer suited my needs for the very reasons mentioned in the article. I joined both Trading Post and Oztion but sales are very slow on both of those sites. I am now selling on Smart Bid Auctions – http://www.smartbid.com.au and doing well – it is easier to use than all the other sites, works quick, costs nothing to list at the moment and also has no final value fees, so it really is free right now. It was good to be with ebay up until 2007 but it has now lost many buyers and sellers who like me could not work with the new ebay. Ebay are concerned, they are doing focus groups and forums all over the country to get answers, but once they have lost the market share, they have lost it forever to the new sites. So why not give Smart Bid Auctions a try like I did.