Councillor John Molony has been propelled to fame, if only briefly, for his comments that "beauty-disadvantaged" women would be welcome in the mining town of Mount Isa, writes Binoy Kampmark.

Aesthetic criteria has come back to haunt a now international star of the mayoral circuit in Queensland. The Olympics is clogging internet traffic and deluging papers with coverage. Then there’s Georgia, NATO fatalities in Afghanistan and the credit crunch. It is a relief that an official in provincial Queensland can still nudge out such minor global affairs.

Councillor John Molony has been propelled to fame, if only briefly, for his comments that “beauty-disadvantaged” women would be welcome in the mining town of Mount Isa. His comments, which cropped up in various North and Central Queensland rags (Townsville Bulletin, North West Star), eked out of an interview on his beloved Mount Isa. “May I suggest if there are five blokes to every girl, we should find out where there are beauty-disadvantaged women and ask them to proceed to Mount Isa.”

The English newspaper, The Guardian, saw fit to devote several pieces to Molony’s observations. On August 18, a piece from Barbara McMahon, flecked with more than the typical summations of the Aussie Alpha male, described Malony as “the mayor of the Australian outback mining town in Mount Isa […] a straight-talking Aussie bloke, the kind of man who calls a spade a bloody shovel.” Or perhaps a woman “disadvantaged” in the beauty department. Molony also managed to tickle the interest of the Times.

European and American news outlets also followed. The gaze of men in the Isa, according to another comment of Molony’s reproduced on the France 24 site, would not only compel women to look after themselves, but strip the fat off the lethargic and obese.

Of interest to readers of this episode in Oz was whether the mayor had simply confirmed what everyone knew: chauvinism continues to beat proudly in the heart of the Australian male. That, at least, was the anthropological verdict of Guardian writer Kira Cochrane. Molony himself was more the buffoon (the type the British love) than anything else, the sort to self-destruct at any moment. He was certainly no Dr. Strangelove, eugenically pinching the fittest species for purposes of procreation after a nuclear holocaust.

Molony’s crass philosophy, a case of pub talk masquerading as policy statements, do underlie latent perpetual tensions in s-xual demographics. An imbalanced s-x ratio tends to plague mining and frontier towns (nothing new there), but the discrepancies of that sort are enough to get such journals as Foreign Policy interested.

In Martin Walker’s The Geopolitics of S-xual Frustration, s-xual ratios and discrepancies are intrinsically political subjects, and may even be one of the security issues of the Twenty-First century. Men can’t find wives, so they become ardent nationalists. Women are, as economist Amartya Sen pointed out as far back as 1990, going “missing”. This is complicated in certain global regions (Asia, for instance), where the ultra sound machine has become a vehicle of female infanticide.

Molony, for all his worth, has done his city a favour. Or so is the view of this newly proclaimed denizen of female beauty. “Mount Isa, my city, has taken the Olympic Games off the front page of papers all over Australia and the world and I’ve never heard of that happening before.” The 200 strong-crowd protesting for his resignation outside Mount Isa City Council may just have to relent. As Oscar Wilde once said, there is only one thing worse than being talked about, and that’s not being talked about at all.

Falling through the gaps: indigenous community left behind after Yasi

Duped by Katter, a ‘civil libertarian’ as long as you’re not gay 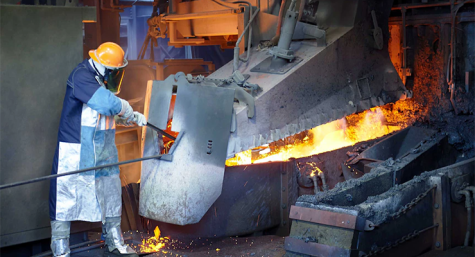