The fix to the Sonny Bill Williams fiasco was pure Sydney, and may have ramifications for all League players, writes Glenn Dyer.

The Sydney Morning Herald today reveals how a “commercial” settlement ended all talk of sacred contracts, contempt of court injunctions, damages and worse over Sonny Bill Williams’ flight to France.

“Commercial” of course is another way of saying how much?

It was pure Sydney. Tax-challenged former ALP senator and Packer family lobbyist Graham Richardson has emerged as the man who found the right answer to the farcical stand-off between the NRL, the Canterbury Bulldogs, their runaway player and his confidants in Toulon.

In a further twist, the lawyer involved was Mark O’Brien, whom the SMH obviously doesn’t know the first thing about. O’Brien is a former partner at Gilbert and Tobin where he handled litigation and defamation matters for PBL and the Nine Network. He left there for the boutique Adelaide-based firm, John Winterer. Working in the Sydney office, he took some clients with him, but not the likes of Mr Williams and his chums.

Mr O’Brien was also the legal consultant brought in at the last minute to try and fix the problems the Nine Network had with its Underbelly series in Victoria, but not even he could secure that miracle.

O’Brien is a go-to litigator for others in the news: radio host Alan Jones is one who has used his services. The Saturday Daily Telegraph missed O’Brien’s key role in the story because it was running second with the yarn.

But perhaps most importantly, the settlement of the Sonny Bill Williams case by the payment of $750,000 to Canterbury means a financial mechanism has now been found to regulate the cross-over of League and Union players between codes, at least in Australia and France, meaning all this talk of players running over to the high paying Rugby Union will be just that — talk. It can be done, but there’s a financial penalty.

Now all NRL player contracts will be changed to handle such a set of circumstances, with the insertion of clause that amounts to a defacto transfer payment for players signing up while still under contract. Will this be extended to inter-NRL club dealings?

And, finally, did the fact that Mr Williams had a house in Sydney he was trying to sell for between $1.2 million and $1.3 million have anything to do with the settlement? Quiet possibly. The Canterbury’s NSW Supreme Court injunction would have allowed them to seize either the property and prevent its sale, or the proceeds of the sale. 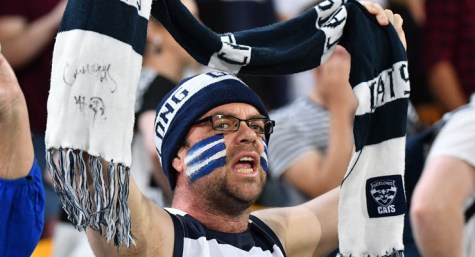 AFL wins the battle of the boot, beating NRL for ratings

Graham Richardson is as shrewd as they come. It maybe that
Anthony Mundine is aiming to match him. It could have occurred to them that Mr Williams, with his Manu Samoa/ New Zealand heritage, would have found that a lot of people may have been willing to subscribe to a Sonny Bill defence fund. Some days in Court for NRL heavies and officials from Canterbury-Bankstown might well have caused fair minded people to conclude that the culture of that once great club was dangerous for a young man and an outstanding athlete. It’s a pity for the code, but those of us who support the Raiders (and the Brumbies) can at least take comfort that the former this year are playing an exciting brand of football.