Guestworkers and the return of the Kanaka

There remains aspect of Canberra's guest worker scheme which remain questionable, and that's puitting it politely. By Michael Pascoe.

So 145 years after it started, 105 years after Federation’s white Australia policy stopped it, we’re going back to “black birding” — The Return of the Kanaka.

Last time round when Queensland recruited Pacific Islanders as laborers for its sugar cane fields, policy implementation ranged from slavery to reasonable indentured labor contracts. That the mortality rate on one Mackay sugar plantation was more than 10% suggests occupational health and safety sometimes wasn’t much of an issue in 1897. And when the southerners had their way, more than 7000 islanders were forcefully and sometimes brutally deported.

In 2008 as we again recruit farm laborers from the South Seas, it is of course going to be different, with the blessing of international aid agencies, promoted as a win-win by the governments of Australia and the South Pacific nations, with unions promising to monitor pay and conditions and a farm lobby overjoyed that its persistent campaigning for access to compliant unskilled guest workers has finally succeeded.

But there remain aspects of this which have been brushed aside by Canberra’s enthusiasm to make a splash at the Pacific Islands Forum. For example:

On the other hand, yes, the fruit pickers’ pay packets will go a long way back in the villages. Farms that otherwise might not be viable here will survive. It is a way to spread our wealth. The local rugby union competitions will certainly improve.

But yet, we’re becoming different only in degree from the oil sheikdoms raiding the third world for maids and laborers but offering no chance of citizenship, of equality. You can make our beds, clean up our sh-t, but you’re not good enough to be allowed to bring your family here and prosper as our equals.

I spent three years in Hong Kong and continue to irregularly visit the place. I still find something ineffably sad about the Sunday throng of Filipina maids in Central, the guest workers in each other’s company one day a week sharing photographs and news of their families back home. Their modest wages support their brothers/sisters/parents, as do those of laborers on Dubai building sites.

And after evening mass the maids wander off for another six days working for the rich Chinese and expats.

Is the ALP returning to its White Australia roots? 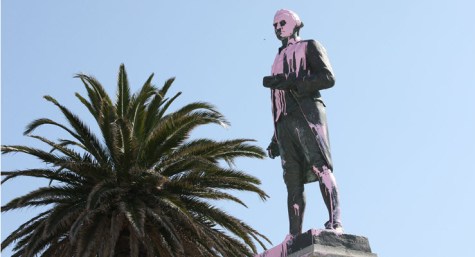 Looking to rewrite history? Here are a few places to start

I am living in Kuala Lumpur at the moment and am very conscious of the guest workers here.
It is great that Australian guest workers will be paid an Australian wage and I feel they will not feel lesser people because they are guest workers . They will know we want them there and will pay them what an Australian citizen would be paid for the same job.
Here many/most guest workers work 7 days a week and are paid much less than a Malaysian. Malaysians do not like to employ Filipina maids because they have to give them 2 days off a month!! They prefer Indonesian maids who are given no days off a month ( these arrangements are agreed to by the Guest workers country )
Here it is not just the wealthy who employ individual guest workers because if you go to local markets in KL the Malaysians who run the little food stalls have guest workers doing the frying etc for them (mainly Indonesians). This was not the case when we lived here 1999-2002.
So seeing the raw deal guest workers get here I feel if Australia does the right thing by guest workers and is strict about preventing exploitation it should be very benificial to all concerned.
I feel as Australians we often think the world should be perfect for everyone and think that Australia comes close to offering that. I realise that it is not till you have had the privilege of living in another country that you can know that Australians are missing out on a lot of things. Our guest workers will know this too.

How about the cockies pay decent wages to Australians-or pick their own f…cking fruit.
If you want to pay third world wages-piss off and live there.
Typical”landed-gentry/born to rule”wankers.
These vile wankers wouldn’t piss on a third world person if they were on fire, but suddenly become altruistic ,kind benevolent souls -when they can sense a chance to pay shit wages.
Get off the grass you vile pigs-you fool no one!
Pay Aussies decent Aussie wages and they’ll work for you-otherwise-kiss our arses and pick your own f.cking fruit!

Michael Pascoe makes the blindly obvious statement that the federal government’s plan to allow a small number of people from Pacific Island countries to perform seasonal work in Australia will be totally different from the slave labour ‘black birding’ of the 19th century. But he is happy to draw the parallel anyway, using many of the same arguments which have been used against migrant labour from the 19th century onwards, and even going so far as to suggest it is the “return of the Kanaka”.

If Mr Pascoe is genuinely outraged about bringing in unskilled labour while we “pay unemployment benefits to several hundred thousand able-bodied Australians”, why doesn’t he call for the long-running working holiday visa program to be shut down? After all this brings in over one hundred thousand people each year, with the only requirement being that they perform some paid work for short periods of time over the course of a year or two, and then go home. Of course people from Pacific Island countries aren’t eligible for working holiday visas. Those visas are only available to people from developed countries – mostly Europe and North America – who can work when and where they choose. Under the planned seasonal worker trial, a small number of Pacific Islanders – less than 3 per cent of the number of people from rich countries who come here on working holiday visas – will be allowed in on the condition they work in specific areas for specific periods – presumably without the freedom to also party their way around the country, hanging out in backpacker hostels as they go.

According to Mr Pascoe, a trial which gives the opportunity for a couple of thousand people from poor nations to earn some significant income and obtain work experience in Australia is to be condemned as “raiding the third world” while offering “no chance of equality”. But allowing young people in from rich countries to do the same sort of work with less reliably is OK.

Of course there needs to be safeguards against exploitation, and I very much hope this trial leads to greatly expanded opportunities for people from poorer nations in our region to be able to work and settle in Australia. But I’d love to hear Mr Pascoe explain how he thinks Pacific Islanders will have a greater “chance of equality” by continuing to be prevented from working in Australia at all.

As Neil Bishop’s comment suggests, if Australia provides opportunities for people in our region to obtain employment where they won’t be exploited it will provide a pathway out of poverty and exploitation for some which does not exist now.

I’ll add a different perspective, particularly in relation to the Filipina maids. Frankly, I think Australia should copy Hong Kong and Singapore’s example when it comes to allowing for Filipina domestic helpers at what we think are low salaries. They won’t be taking jobs from Australians so the Hansonites can keep their prejudices to themselves and the reality is that the AUD300 or so that they make a month is more than a well-qualified teacher earns in the Philippines. However, unlike Singapore in particular we would need to make sure that the maids are properly protected from abuse. We would also need to make sure that the “evil agents” don’t steal the first six months’ salary in exchange for tickets and placement fees as happens now.
I work with Filipinas getting them out of prostitution and into other jobs and I know most of them would jump at the chance to work in Australia for even AUD300 a month, particularly if they knew they were going to be protected from abuse.