Kate Langbroek kills cancer with smoke! How ironic that Kate has named her nail polish after the very thing that causes so much cancer in Australia!!

Nova 100’s Kate Langbroek will be Smokin’ this Saturday when her limited edition nail polish goes on sale and enhances the lives of women with cancer in the process.

Frustrated with the search for the perfect shade of matt grey, Kate recently mixed her own shade of nail polish Smokin’. Originally intended as a novelty for herself, friends, family and die-hard listeners, Kate and Nova 100 were inundated with requests for a bottle of the exclusive polish.

This Saturday, August 16 from 12 noon to 2pm, Kate will make Smokin’ commercially available for the first and only time so listeners and shoppers can get their hands on a bottle while raising funds to enhance the lives of women with cancer.

Alicia Molik wore Smokin’ on the courts during the Olympics, beauty writer turned novelist Zoe Foster described Kate’s achievements as “on trend and ahead of herself”, lipstick queen Poppy King requested a bottle and a top makeup artist caused extensive damage to a hotel room when she tried to mix the colour herself.

Cancer has touched the lives of all of us in some form. Kate has chosen to donate all profits from the sale of Smokin’ to Look Good..Feel Better, the Cosmetic Industry free community service program dedicated to helping women undergoing treatment for cancer.

The purpose of the program is to help cancer patients manage the appearance related side effects of chemotherapy and radiotherapy, thereby helping to restore their appearance and self image. The program is sponsored by the Australian Cosmetic industry, is available in all state and territories and has helped over 65,000 women living with cancer.

Exhibit B: ITN reporter carted off by Chinese police. He was in custody for 15 minutes in the end:

Tarantino rewrites history … and it’s violent and Jewish. Quentin Tarantino’s screenplay tells how a bunch of “American Jewish hillbillies” go on a skull-smashing, terror-spreading, swastika-on-forehead carving massacre in occupied France and help to kill Hitler and end Word War 2 before the Japanese attacks on Pearl Harbour. — Your New Reality

The net encourages lazy journalists If you believe all the sky-is-falling talk in the broadsheets lately, home blogging is killing journalism. The reality, as usual, is a bit duller: lazy journalists are killing journalism. The internet is just making it easier for them. The reason is that in modern media, as the Wu-Tang Clan might say, Clicks Rule Everything Around Me. Desperate for a way to make their ad-funded websites work, Old Media is now engaged in a Gadarene rush for page impressions – any page impressions. Having seen how good bloggers are at attracting traffic, the traditional press tries to beat the amateurs at their own game, but only succeeds in looking like the proverbial dad at a wedding disco. — The Word UK

Watch Bill Bradley get fired Some months ago, I found myself sitting among a few dozen colleagues in a seminar on social-networking, sponsored by our corporate masters at Condé Nast. Most of us were more or less bewildered by all the talk of Tweeting and Tumbling, but there was a small contingent from Teen Vogue asking pertinent questions and striking triumphal poses. It turned out they had attracted a staggering 10,000 fans to their Facebook page in just one month. Everyone was impressed. That’s when I had the idea to shove the whole task of building up Vanity Fair’s Facebook presence onto my new assistant, a fresh-faced Midwestern import named Bill Bradley (just like the Senator!). — VF culture & celebrity blog 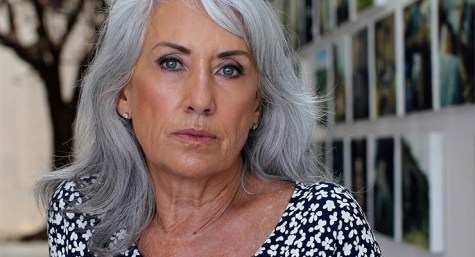 Judith Neilson backs journalism for the long haul, despite board exodus