Foxtel results just in Foxtel, the country’s Pay TV monoply saw a sharp slowdown in second half subscription growth, but earnings jumped impressively in the 12 months to June. Telstra said today that FOXTEL “delivered another impressive result with revenue up 17% to $1.7 billion while EBITDA grew 48% to $351 million. Sales of the FOXTEL HD+* service have been strong with nearly 40,000 subscribers taking it up since it was launched in June. “With the continued success at BigPond, Sensis and FOXTEL, plus the integration of their services, Telstra is demonstrating the value behind its media-comms strategy, combining a range of premium content assets with a world-leading telecommunications business,” CEO, Sol Trujillo said in a statement. But subscription growth slowed noticeably in the second half, with just 39,000 new subscribers added to take the total at June 30 to 1.370 million. That compares with 1.264 million at the end of June 2007. The December half saw 67,000 subscribers added, so the slowdown was sharp. Telstra said it had already received a $50 million distribution from Foxtel this financial year. Seeing it owns 50%, it means 25% each will have been paid to News Ltd and Consolidated Media Holdings. — Glenn Dyer

Live streaming, shmeaming Why is 7’s online coverage of the Olympics so crap? This was their ‘live streaming’ effort while Liesel Jones (and others) were swimming in their finals:

After this it went to the weight lifting (which is better than nothing). Why are we the only country in the world that can’t seem to manage live streaming online? — Crikey reader Brett Howard

The news according to Rooters Transcript from this morning’s local ABC radio news- 7.45AM:

Reports from Zimbabwe say President Robert Mugabe has agreed to form a national unity government but not with the main opposition party. A senior ruling party official has told the Rooters[sic] Newsagency that Mr Mugabe has signed a power sharing deal with breakaway opposition leader Arthur Mutambara. Their agreement doesn’t include Morgan Tsvangirai, the leader of the main opposition party, the Movement for Democratic Change. The official told Rooters[sic] that Mr Mugabe plans to convene Parliament next week. ENDS. — an eagle eyed Crikey reader

Knol has folks nervous Type “buttermilk pancakes” into Google, and among the top three or four search results you will find a link to a detailed recipe complete with a photo of a scrumptious stack from a site called Knol, which is owned by Google…While Knol is only three weeks old and still relatively obscure, it has already rekindled fears among some media companies that Google is increasingly becoming a competitor. They foresee Google’s becoming a powerful rival that not only owns a growing number of content properties, including YouTube, the top online video site, and Blogger, a leading blogging service, but also holds the keys to directing users around the Web. — The New York Times

NY Times share price slides New York Times Co. shares slumped Tuesday after an analyst suggested in a media report that the company may need to cut its dividend to avoid a “junk” credit rating. The newspaper publisher’s stock dropped 85 cents, or 6 percent, to $13.24 Tuesday. In the past year it has ranged from $12.08 to $22.95. — The Huffington Post

CNN defies cost cutting pattern to expand CNN said Tuesday it’s adding journalists in 10 cities from Philadelphia to Seattle to provide broader, more nimble TV and online coverage of news nationwide. The move comes as newspapers and other media companies are forced into cutbacks and layoffs because of sweeping changes triggered by the growth of the Internet and because of the slumping U.S. economy. Each city will get one person who can provide “grassroots level” coverage of breaking news and other local stories, said Nancy Lane, senior vice president of newsgathering for CNN/U.S. — The Huffington Post

Spielberg goes Bollywood Steven Spielberg, ever the iconoclast, is just saying NO to the studios these days. As has been reported over and over, he’s doing a deal with India’s Reliance ADA Group. The India contingent is putting up a billion bucks to give Spielberg carte blanche (or however that translates to Indian) to make and distribute whatever he wants. He’s already got some producers ready to attach to the Spielbergian realm, including Walter and Laurie Parkes (longtime Spielberg pals) and Ben Stiller. — fishbowl LA

The rise and fall of men’s magazines For publishers in the halcyon days of the late 1990s—those days before the Internet was blamed for robbing media moguls of their precious ad revenues—there existed a magical recipe that could build you a glossy magazine empire almost overnight. The concoction was simply named The Formula. — Radar Online 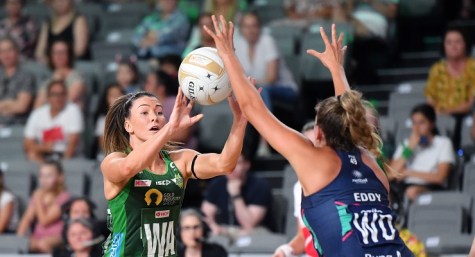 Austar’s rolling in it, so why can’t Foxtel make money?

It’s not just Channel 7’s online coverage of the Olympics that’s crap. Their TV coverage is embarrassing and cringe-worthy. The morning panel TV show, Yum-Cha (it’s the only Chinese word they know) features Channel 7 stars interviewing other Channel 7 stars. What do Sonia Kruger, Andrew Daddo and Tom Williams really have to contribute about these fascinating and controversial Games? Did anyone else see them put their fingers to the corners of their eyes and pull them out so they looked slanty? It was offensive and moronic.
Are there no Chinese Australians worthy of a spot in Channel 7’s shallow pool of commentators ?