Fast food chain Red Rooster and retailer Coles are among the early leaders in local heats of the 2008 Beijing Olympics ambush marketing competition.

This is no doubt disappointing to the Australian Olympic Committee, which just days ago launched a print ad campaign asking Australian companies to respect the spirit of the Olympic sponsorship program by not using Olympic emblems or imagery, or otherwise implying some official association with the Games, without authorisation.

Red Rooster’s ad, on heavy rotation during weekend Games coverage on Seven, features a series of images of China — dominated by the colour red — interspersed with a scene of a “typical Aussie” family eating Red Rooster chicken while excitedly viewing the TV. We aren’t shown what’s on screen, but we naturally assume that, like us, they’re watching the action from Beijing.

The ad concludes with a shot of the Great Wall of China painted red and the tagline “notice how well red goes with China?” A fine print disclaimer on the final frame reads “Red Rooster is not a sponsor of or affiliated with the Beijing Olympic Games”. But in the context of a non-stop Olympic broadcast, this ad is clearly designed to evoke numerous associations with the Games and the disclaimer seems more than a little disingenuous.

McDonald’s — one of Red Rooster’s key direct competitors — has paid an estimated US$80 million to be an official Worldwide Partner of Beijing 2008. The folks from the Golden Arches have been leveraging that sponsorship heavily with special Australian Olympic-themed ads in the lead-up to the Games and during Seven’s broadcasts, and must surely be crying foul (or is that “fowl”?) over their legitimate efforts being potentially diluted by the chickens from down the road.

The ads use emotive images of parents making sacrifices to support their children’s sporting aspirations, as a Bill Hunter voice-over explains: “This year, Coles would like to thank the unsung heroes of the pools, the rivers, the gyms, the tracks and the beaches who, with their lost sleep, patience, tears, hope and perseverance, help our kids become something better. Coles — proudly Australian since 1914.”

The images are all of classic “Olympic” sports: swimming, rowing, gymnastics, hurdling and sailing. There’s no netball, cricket or footy — apparently Coles reckons parents of kids playing those sports just don’t make the same commitment! In the context of Seven’s broadcast, and given the references to “this year”, “unsung heroes” and “proudly Australian”, the ad is clearly meant to evoke Olympics-related associations and emotions, regardless of the fact that no official sponsorship connection is claimed.

Throughout August, Coles is also running a Chinese-themed promotion called “Lucky 8”. Images on the Coles website include a dragon in red and gold and former Olympian Michael Klim superimposed on what looks like a gold medal.

No doubt both Coles and Red Rooster would point to their disclaimers and deny making any implication that they are official Olympic sponsors. But “ambush marketing” is increasingly being recognised as having a broad scope. The preamble to the Olympic Insignia Protection Amendment Act 2001 describes it as “the unauthorised association of businesses with the marketing of high profile events without paying for the marketing rights”.

“Ambush” thus includes any attempt by a non-sponsor to gain benefits that should be available only to official sponsors. Those ill-gotten gains include increased attention paid by consumers to ads that depict “Olympic-like” scenarios, and an increased likelihood that consumers will associate Olympic-related sentiments, imagery and attitudes with the ambushing brand.

In other words, the real “battleground” where ambush takes place is not the Olympic precinct, a television broadcast or the supermarket, but the mind of the consumer.

Stephen Downes lectures in the postgraduate advertising program at RMIT University and is a market researcher with QBrand Consulting. He was retained by the AOC to provide a report on ambush marketing issues during 2006.

<em>MasterChef</em> set to be spoiled by sponsors 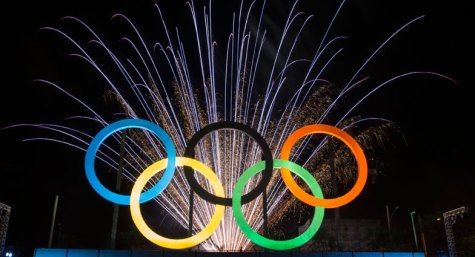 Why does the Olympic Committee want to sue everyone?

Who isn’t leveraging off the Olympics? The POW (Prince of Wales hotel) in St Kilda has hung Chinese lanterns outside, adorned the bare branches of its only tree with fake blossom, and has installed a Chinese takeaway stall outside the main bar to “celebrate the Olympics”!

About 9.30 pm I noticed a splash by Channel 7 (during the evening Olympic broadcast) that referred to Red Rooster as “a broadcast sponsor” – has their status changed perhaps??

Am I the only person to have noted that the “unsung heros” in the Coles Olympic ad are all Mums? Can Coles be so ignorant as to not appreciate what a slap in the face their ad is to fathers? Don’t they think we go out at all hours to take our kids to sports and training on weeknights and weekends? More importantly, don’t they visit their own supermarkets and look down the aisles? We shop too…. just not at Coles anymore.

Good on ’em. It’s called capitalism, Australian Olympic Committee. And if you don’t like it you can f–k off to China….

Mortgage Watchdog’s got to be in contention for a misleading marketing medal? Maritoni Smith who signed off this bid on deceptive spin should front a watchdog for yet another Olympic rip-off . Get a load of the scam and who supposedly underwrites it !!

” …This is a really, really good … awesome Olympics deal actually. In the spirit of the 08.08.08 starting date, for every Aussie gold medal 80 people get $80.80 off the MortgageWatchdog software … and you still get their SuccessGuarantee – find errors in your statements or they give you $250 for wasting your time.

Stephanie Rice won our first gold medal on the weekend and that 80 are gone and Libby Trickett just got one so get onto this fast. If they are all gone my apologies, I will try giving you more notice next time or if you
see a gold on the TV get onto this page straight away and get in first.