RAMS board pulled by Kinghorn on loan repayment

RAMS holds the dubious honour of the being the worst performed significant float in the past decade. After hitting the boards at $2.50, the company imploded only weeks later as the credit crunch hit. After selling its origination business to Westpac, RAMS continued to slump, currently trading at 12 cents. None of this has caused too much financial stress upon founder and Chairman John Kinghorn who reaped $650 million from the IPO, keeping only 20% of the listed RAMS.

Despite being flush with cash, Kinghorn apparently felt the need to call in a loan made to the stricken mortgage originator two years early, with the Financial Review’s entertaining Prince column reporting on Saturday that:

A balance sheet released by RHG on July 22 shows that related-party loans of $28.5 million owed to Kinghorn had been repaid. In a moment of confusion, RHG chief exec Glenn Goddard told the Prince that repaying Kinghorn’s debt two years early (along with other creditors) was a commercial decision take without Kinghorn’s input: “John had no say in it”.

[Goddard] later corrected himself to say that the payment had been put to the board, and Kinghorn as Chairman had voted for it.

Despite the fact that the entire market value of the company is $35 million, the directors approved the repayment of a loan worth $28.5 million a full two years early. (However, RAMS didn’t appear to be too sure exactly how much the loan was for. The prospectus noted the loan was $29.3 million, however, RAMS financial report released a month later claimed that the loan was only for $16.7 million).

However, considering the board’s closeness, the decision to put Kinghorn before shareholders should hardly comes as a surprise.

Kinghorn (who must have a hide as thick as a buffalo for hanging around after selling shareholders a complete dog which proceeded to lose more than 95% of its value in a year) was once an accountant with PwC (who also happen to audit RAMS) and was also a founder of that other dog, Allco. Other RAMS directors who approved the early repayment of Kinghorn’s loan included:

The three directors who approved Kinghorn’s early loan repayment have extensive business dealings with the RAMS founder (several are still in partnerships with Kinghorn) while Kinghorn spent millions trying to prop up Allco’s share price which directly benefited Coe by temporarily avoiding him being liquidated. It wouldn’t be unfair to suggest that shareholder interests took a back-seat. Meanwhile, the board also paid Kinghorn’s son Geoff (who is RAMS’ treasurer) a bonus of $145,000 for the 2007FY despite the company collapsing, as well as approving 4,000,000 ten cent options for CEO Glenn Goddard with no vesting hurdles at all.

This is an appalling situation. The Allco and RAMS clowns have literally destroyed billions of dollars of equity and continue to treat shareholders like playthings. 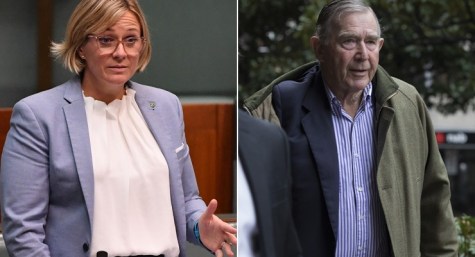