The obituaries for Aleksandr Solzhenitsyn could not help but note the complexities of this extraordinary -- actually a greater word than extraordinary is required -- man's life. Guy Rundle reflects.

“Complex troubling figure”, “many did not know what to make of him”, “an embarrassment to his fellow dissidents” — the obituaries for Aleksandr Solzhenitsyn could not help but note the complexities of this extraordinary — actually a greater word than extraordinary is required — man’s life.

The problem is of course that for many of his Western admirers, Solz lived far too long. Having survived WW2, eight years in the Gulag, and untreated cancer in eternal exile, argued convincingly in The Gulag Archipelago that the roots of Stalinist repression lay within the philosophy of Leninism and helped provoke a final crisis of the old Left in the West, Solz promptly turned round and portrayed the West as almost but not quite as bad.

From his compound in rural Vermont, the state that reminded him most of rural Russia, he fired jeremiads at TV, pop music and all the other products of free speech and markets, seeing them as literally soul-destroying. Part of this was as a warning to the West about the alleged — and utterly incorrect as it turned out — superior resolve of the Soviet bloc, but most of it was a reflection of the philosophical base Solz was coming from, theocratic Tsarism.

By the time he returned to Russia in the 90s, he could not have been less interested in democracy or an open society. His complaint against Leninism was that it had weakened Russia, betrayed its ancient traditions, undermined the ground for national life. The first leader he voiced any support for was Putin, who had called the collapse of the USSR a catastrophe, started a positive historical reappraisal of Stalin, and adopted, on a smaller scale, the master’s practice of liquidation as a political tool.

The final act of this — one that many obits simply passed over in silence — was “Two Hundred Years Together” his history of Russians and Jews (sic), in which he basically revived the old Nazi claim that Bolshevism was a Jewish plot by other means, using fudged figures, and some explicitly racialist arguments about national character.

(Such a conception seems to have been part and parcel of his approach for some decades. In the novella Lenin In Zurich, he portrays Lenin as a desperate, demoralised figure in 1916 Zurich, visited by Parvus, the extraordinary Marxist millionaire, a revolutionary who made it rich from arms sales in Turkey and used the money to organise Lenin’s sealed train to Russia, fund strikes by soldiers and workers in St Petersburg, and basically helped foment the revolution. That there was co-operation between Parvus and Lenin is not in doubt. Solz’s spin, close to the Nazi propagandist Alfred Rosenberg, was that the Jew Parvus had manipulated Lenin for fiendish purposes).

Most obits caught a measure of the full complexity, declining to use the man’s life to get in a cheap political kick. Except one. Guess which?

Yes, the ever-reliable Oz, in an editorial, praised this man — who went from being a passionate Leninist (even while he was in the Gulag!) to being a monarchic, theocratic, anti-democratic, anti-Semite — as being “political views based firmly in the Central European social democratic tradition” and “highlighting the importance of what liberalism should really stand for”. He was, said the paper, a national hero in post-Soviet Russia. He was none of these, even the last (many Russians found him to be a cranky irrelevance — he remained far more feted in the West), but it’s a spin Winston Smith’s supervisors would have admired.

It would have been interesting however, to see what Solz would have had to say about mandatory detention and Peter Qasim and the seven years — the 2556 days — he spent in a camp…

The extra day is for the leap year. 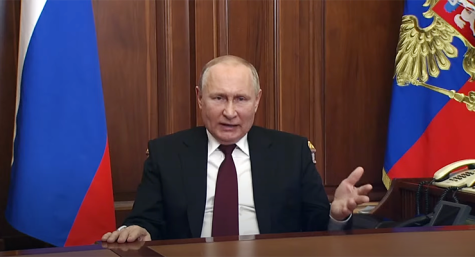 Siberia, where Lenin and Putin are everywhere

What a clever little sod you are Guy. So you read all the way through Ivan Denisovich. Or did you just sneak a look at the last page to see how it ended?

Ivan Denisovitch is about 120 pages long. If ‘reading all the way through’ that strikes you as a feat, then maybe Solz was right about western culture

Sagesse Noir, I’m sure you have a dictionary of at least 120 pages which contains the word ‘irony’. Look it up.