Mandatory detention wasn't John Howard's idea, but its manipulation as a cynical political device most certainly was, writes Mungo MacCallum. 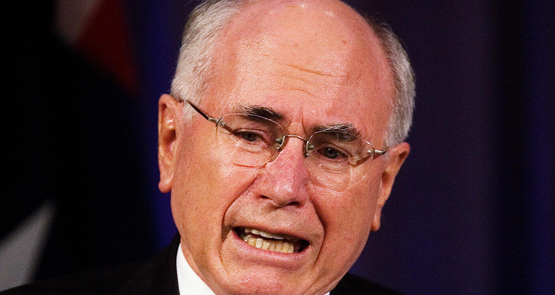 There was much to loathe about the Howard years, but two things were utterly unforgivable. One was the abandonment of Australian citizens to illegal imprisonment and torture — David Hicks and Mamdouh Habib. The other was the incarceration of children behind razor wire until they went mad.

Of course mandatory detention began under Labor, and there were already disturbing stories coming out of the detention camp at Port Hedland by the time John Howard came to power in 1996. But it was he who developed the idea as a conscious policy of government, to be pursued for political gain whatever the cost to the victims.

It wasn’t just the children who suffered: despairing adults routinely attempted suicide and self-mutilation after years of imprisonment. But it was the persecution of the children that was most obscene, made more so when the then-minister in charge, Phillip Ruddock, referred to one disturbed little boy as “it”.

This process of dehumanisation was again deliberate government policy, part of a propaganda campaign to depict the internees as deserving of their fate. They were not to be considered refugees, but asylum seekers or boat people.

Well, not even that: unlawful immigrants, queue jumpers chasing a better lifestyle. They probably carried disease and may well have been smuggling drugs. By 2001 they had become child-murderers and potential terrorists. No wonder they were locked up: after all, if they hadn’t done something wrong obviously they wouldn’t be behind barbed wire.

Just to prove the point the running of the camps was turned over to a firm which specialised in running American prisons and whose boss boasted of the harshness of his treatment of inmates. Others were outsourced to Nauru and Papua New Guinea, putting them beyond the reach of Australian law.

And of course all the prisoners were kept isolated from the media; the lie Ruddock used to do so was that he was protecting their privacy. In fact, of course, they were clamouring to tell their stories. When they were able to, Ruddock and his department intensified the smear campaigns against them.

The assumption always was that they were guilty, and the onus was on them to prove otherwise, a task made nearly impossible by the fact that they were never informed of the case against them. In any case, the fact that most arrived at Australia’s off shore islands, now “excised” from the immigration zone, meant that they never even reached the asylum they were seeking.

The policy was cynical, brutal, and clearly illegal under international law and treaty, and did immense damage to Australia’s international standing and to our own view of ourselves. We are all better for its removal.

Why do police want their own mobile broadband network?

Mungo: a beautifully written article: however, didn’t the non brain-dead part of the electorate already know all of this. I would like to see your genius at work on some of the issues that relate to the here and now part of politics.

I’m not trying to be a nit-picker, I have all of your books, and been an admirer since the days of Nation Review. But I believe that a few paragraphs on the political system as at Thurs: 31st July would be words of wisdom. I would love to read your comments on Brendan Nelsons little act on ETS.

To the sanctimonious and unctuous Zane: “Of course mandatory detention began under Labor, and there were already disturbing stories coming out of the detention camp at Port Hedland by the time John Howard came to power in 1996. But it was he who developed the idea as a conscious policy of government, to be pursued for political gain whatever the cost to the victims.”……. of course he did…oh and “conscious”-ly…I love it!

…That great line…All thats necessary for evil to triumph is for good men to do nothing. I am euphoric bathing in the afterglow of all the positive letters and Mungo’s excellent piece of historical and political commentary. When they try to white wash JWH in the future, this is the article to show them.

Whatever happened to the gutsy Bahktiari family who were persecuted for daring to think that they could as a family live in Australia.

There was no need to have too much information to see that they were ethnically Hazaras and therefore unlikely to have been Pakistanis.

Once the young children escaped and weren’t caught immediately however the wrath of the Howard government rained down on them for making the authorities look stupid.

They were sent to Pakistan and have since disappeared. Just to make sure they would never try to come back despite local community support they had to face a bill courtesy the government. That one instance alone was evil. I wonder if any of the family are still alive. The only good that came out of that episode is that the older boys gained something of an education courtesy of the Jesuits – no thanks to the government. That the Government could send them back to such a dangerous place and have no follow up is evil.

I am convinced the decaying carcass that was the immigration policy of the rodent Howard is attempting a Lazarus through JamesK. Like all decaying matter the odour fades as oblivion becomes final. It is truely sad there still exist in this country a minority who would push for barbed wire enclosed camps, the mental and phsical abuse of those seeking a better life and surely the most evil of all, the detention of young children who will be mentally scarred for years if not life. No thanks Mr KamesK, you keep your disgusting personal version of a concentration camp. Thank God you and your type no longer are capable of inflicting misery on these people.