The High Court decision to grant a retrial to Jean Gassy rights a legal wrong and ensures he faces a fair murder trial, writes Greg Barns.

Yesterday, Crikey reported that the High Court’s decision to grant a retrial to Jean Gassy, the man accused of killing the former head of South Australia’s mental services, Margaret Tobin, “is sending shockwaves: through the SA police and legal community, as well as the medical profession and health administrators across the country”.

There should be no shockwaves at all. The High Court was merely untangling a glaring and serious error made by Justice Ann Vanstone, a high profile South Australian judge who presided over Mr Gassy’s 2004 trial. The judge failed to give Mr Gassy what he, like every one else, is entitled to expect – a fair trial.

Justice Vanstone has had a stellar rise through the ranks of the South Australian legal profession. A tough prosecutor, she has obviously impressed the law and order obsessed Labor government of Mike Rann and Attorney-General Mike Atkinson, which promoted her to the South Australian Supreme Court in 2004 after she had served on the District Court for only five years.

But the High Court was not impressed with Justice Vanstone’s efforts to get a divided jury, which had been considering the evidence against Mr Gassy for some 10 hours, to swing around only 30 minutes after she spoke to them, to find Mr Gassy guilty of murder.

Vanstone suggested that she provide the jury with a “way forward” after it asked for her assistance. But as High Court justices Bill Gummow and Ken Hayne pointed out, Vanstone’s suggestions for the jury only included one reference to the arguments put by Mr Gassy. The “way forward” which the judge suggested was along a single path leading only to a verdict of guilty, Justices Gummow and Hayne said. Or, as they also observed, “the lack of any but the most passing reference to competing arguments and evidence,” by Justice Vanstone constituted “the central deficiency” of her suggestions to help the jury break its deadlock.

Justice Michael Kirby felt that Vanstone had failed the test of impartiality at a critical moment in the Gassy trial. Justice Kirby wrote that he places “the highest value on the principle of manifest judicial impartiality and neutrality. Those qualities were of cardinal importance given the impasse that [Mr Gassy’s] trial had reached. In the end, this case stands for the principle that, particularly in circumstances of jury disagreement after a long trial, the trial judge must balance “ways forward” that lead to conviction with a reminder of those that lead to the opposite outcome,” Justice Kirby said.

What is remarkable about Jean Gassy’s case is that he conducted both his trial and his appeals on his own.

There should be no surprise and shock about the High Court’s decision. It was upholding that most fundamental of rights to which everyone is entitled – a fair trial, which Justice Vanstone failed to accord Mr Gassy. 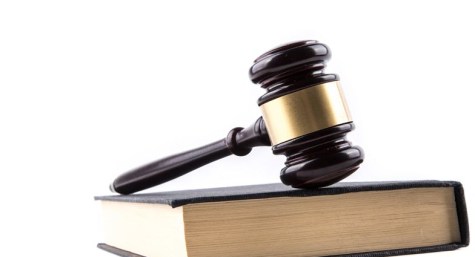 Getting a fair trial in an era of media saturation

I am always surprised at at what we consider a fair trial. We will exclude evidence for all sorts of trivial reasons that have nothing to do with whether it might be true. Now a judge, a very experienced lawyer, who has heard all the evidence, is asked by the jury to give an opinion and does. This makes the trial unfair? Our judicial system is the bluntest of instruments. Let us try to find out the truth, please. We need to analyse the best way to determine the likelihood of guilt. We have a system designed in the middle ages to protect someone accused, by heresay, of stealing a loaf of bread from hanging. It is 2008. We can do better.