Our old-school film school is a waste of $20m

We should rethink Australian feature films and how we make them. For example, some easy money for arts education in schools can be found at the Australian Film Television and Radio School.

“Aim to double creative output by 2020” they said, and “link the creative arts and education”.

A PowerPoint prepared for summiteers beforehand includes a graph showing a massive rise in spending on Australian feature films but notes “consistent success has not accompanied this growth”. It’s a coy way of saying the box office has been tragic, and most of us have been unimpressed and uninterested in Australian films.

Having twice as much to be disappointed in doesn’t seem such a big, clever idea. Instead we should rethink the value we attach to feature films and the expensive machinery we use to train people and to make them. For example, some easy money for arts education in schools can be found at the Australian Film Television and Radio School (AFTRS).

It has an annual budget of $20 million and a yearly student intake of little more than 50. The costs are easy to see. We’re spending nearly $400,000 each on a tiny clique. What is hard to see is real benefit for taxpayers.

Maybe the School was relevant when films needed equipment beyond the reach of an ordinary punter. The world has changed but the school has not. Now there are many ways to learn to tell stories with pictures. Equipment is cheap and accessible. Avenues like Tropfest and YouTube can start careers, even aiming at feature film, without a government-funded short film.

Australian feature films are a cost to the wider economy, impossible without subsidy, and make a relatively small contribution to contemporary Australian culture. A dispassionate cost-benefit analysis would reallocate most money spent on them to cultural activities with more impact. Make television. Give some more to the ABC. Double the budget for performing arts. If it’s really worth $20million a year to have a special school for visual story telling, put the priority on television, where the business is, or on digital.

The future lies with digital technology, the interactive and the adventurous, with games and stories told using modern tools. LonelyGirl15 was a watershed as much as Pamela was.

AFTRS sits like Miss Haversham with the windows closed, rereading 1950s issues of Cahiers du Cinema, dreaming of auteurs that might have been. It has a few digerati who struggle to open the curtains, but at its core the School is still a shrine to the idea of the art house feature film. There are departments for producing, directing, editing, cinematography, screenwriting, design and sound. Then there’s just one for television, and one for “digital media”.

It has always been a place where idealist film-makers turned teachers passed on to captive acolytes not only their craft skills but also the true faiths of their guilds, replaying among themselves obscure disputes over the rights of directors, the limits of a producer’s authority, and whether documentary actually is really important.

Now it’s a horse and carriage school after the Model T.

The feature film clergy, both inside the school and outside, have welcomed the appointment of Sandra Levy as the new director like Catholics celebrating the accession of Queen Mary. But broader forces of change cannot be resisted forever. Like the Elizabethans, a fresh vision and a golden age may be only around the corner.

Getting rid of the clergy and doing something smarter with the $20 million might bring it closer.

Why Michael Duffy’s wrong about arts in Australia 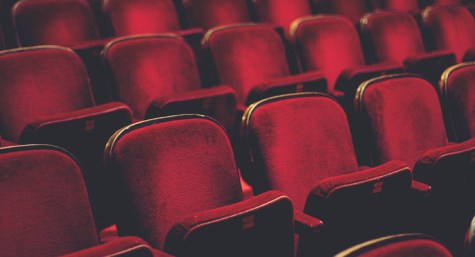 Why do you think it’s called the Australian Film TELEVISION and Radio School (upper case my emphasis) – durr! It should be obvious from the name alone that much of that $20 million already goes into training people who go onto work in television, including directors who work in features but can’t sustain a living from feature film work alone. The notion of diverting some federal dosh from features intoTV is not a bad one in a week that has seen the DVD run of Underbelly sell out in advance and requires serious discussion. Particularly when an excellent local feature like Cactus is LITERALLY playing to empty cinemas (my wife and I were the first and only two customers who rolled up to see the film in three consecutive sessions , we were told by a staff member at Sydney’s Chauvel cinema last Sunday – that’s 2/3 of a viewer per session). But half-assed, illogical snipes aimed at whatever federal agency is the punching bag du jour hardly advances the debate. _http://eyeswiredopen@blogspot

The article mentions that AFTRS has departments of production, direction, “editing, cinematography, screenwriting, design and sound. Then there’s just one for television, and one for ‘digital media'”

I would have thought that each of these departments would be relevant to the successful creation of film, TV and digital media.

Just because “equipment is cheap and accessible” doesn’t mean that people shouldn’t be taught a variety of approaches to create interesting material and tell their stories in interesting ways. The Final Cut Pro manual will only go so far in educating our future film/TV/digital-media makers.

And it turns out LonelyGirl15 was scripted all along. Maybe even by someone who had done a screenwriting course!

Pretty much spot on – the AFTRS is an enormous waste of money in its current form – especially as a fair few of its graduates then high-tail it to the US, after making one Aussie movie. Disconnected from the wider stream of the arts, but stuck in older modes of filmmaking, it does nothing well. But this is exactly the sort of institution the 2020 conference was based on – old left-liberal sinecures, long past their use-by date.