Renewable energy on the outer at 2020

Judging by the participants of the climate change group at the 2020 Summit, it seems the Government might still be hanging onto the false hope that geosequestration is going to save the day for coal, writes Helen Oakey.

Australia, as has been often stated, has one of the highest per capita greenhouse emission levels in the world, and an economy that is built around our supplies in fossil fuels, particularly our coal exports. The challenge for Australia, where we throw around 200 million tonnes of CO2 into the atmosphere every year as a result of burning fossil fuels, is how quickly and significantly we reduce our emissions.

The Australian government acknowledged at the Bali conference in December last year the negotiating target of 25-40% reductions for developed countries. Unless we get our own house in order, it’s hard to see how Australia can demonstrate global leadership at the next international climate change meeting.

Given this, one would have thought that one of the most pressing issues for this weekend’s 2020 Summit would be how we could rapidly move to clean renewable energy in Australia. Yet strangely enough, judging by the participants of the climate change group at the Summit, it seems the Government might still be hanging onto the false hope that geosequestration is going to save the day for coal, even though industry predictions barely have it online by 2020.

Some of the representatives that might be considered on the side of the fossil fuel lobby include:

In contrast, there seem to be only two industry advocates of the renewable energy:

One is left wondering why, with another extra 14 spaces on the panel to fill (for some reason only 86 spots out of the 100 are filled so far) the 2020 selection panel didn’t make an effort to invite people like Shi Zhengrong, a Chinese-Australian who is also the founder and chairman of Suntech power, a multi-million dollar solar company now based in China due to the lack of government support under Howard. Or Dr. David Mills, Founder, Chairman and Chief Scientific Officer of Ausra, a now Californian-based company that offers solar thermal electric power stations that provide large-scale energy.

These are the kind of people who can put solutions on the table and dispel some of the myths about renewable energy, such as the furphy that it is not able to deliver base-load energy.

Maybe it’s because the Howard Government’s policies drove some of the best and brightest in the renewable energy industry offshore and someone forgot to invite them back for this weekend’s event?

And perhaps it’s not too late for the new Government to avoid this missed opportunity to really examine the genuine solutions to climate change with experts in their field?

Quiggin: don’t write off CSG if you’re worried about the climate

Geosequestration’s fatal flaws: too big, too slow, too gassy 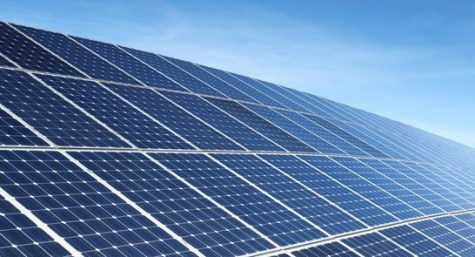 We could win gold in renewable energy, but the government cripples our chances

Clearly the status quo prevails with this “new” government. The fossil fuel crowd have the seats and considering our hypocritical lecturing to others about their contributions to greenhouse warming I don’t see anything changing after this talkfest related to renewable energy being taken seriously by this new mob.
We’re all on the slippery slope together I guess and the inevitability of it is just too much for our pollies to grasp.
See you all at the bottom.

Whilst Helen is passionate about renewable energy and greenhouse gases she displays a naivety that is often to the fore in these discussions. Remember when there is a smell of hundreds of millions of dollars, the rats come out to play.
Politics is about money. Remember the Victorian High Plains, well they are just about to be vanquished by the Vic Gov doing deals with mates to save them millions of dollars in expense to dump rock removed from the extended hydro scheme at Bogong. A super highway. Cattle and cars don’t mix. You might wonder why the ALP removed cattle from the High Plains, it wasn’t to make them pristine as the good willed greenies thought.
Sadly any strategy to be formulated will be based upon money, maintaining power, delivering favours and first mover advantage for commercial interests associated with the ALP.Zhengrong, Mills and the like are never going to be invited. Sadly neither will anyone else that has knowledge and a zest for real deliverables and benefits.

Thanks Helen, nice work. We will have a G/green government soon enough, have no fear. But it will be too late. That’s not me talking, that’s history taking it’s course. The best we can do is our duty, tell the truth, be frugal in our personal habits, bear witness, and demand justice and revenge on the culprits when it happens. Other that its another fine day, and quite a few still left. Regretably those who go before us will be the lucky ones.

I agree with Helen that it is a great pity that David Mills of Ausra won’t be at the Summit. He WAS nominated and was prepared to pay his own way from California. A paper he gave last month about the potential of large-scale solar thermal is at http://ausra.com/pdfs/ausra_usgridsupply.pdf. It should be compulsory reading because everything he says about the Southwestern US is valid in Australia