If Cricket Australia hoped its heavy handed response to Andrew Symonds daring to criticise it would shut down his team mates as well then it will today be very disappointed, writes Jeff Wall.

If Cricket Australia hoped its heavy handed response to mild criticism from Andrew Symonds would shut down his team mates as well, then it will have been disappointed.

On Sunday, News Limited’s Sydney and Brisbane newspapers advised readers that Andrew Symonds’ column would no longer appear – because Symonds was told future columns would have to be ghost written by Cricket Australia officials. That was after two earlier columns did not appear because of intervention by Cricket Australia.

Symonds originally drew the ire of CA because he dared to criticise, albeit quite mildly, it’s handling of player contract issues that had arisen after the formation of the IPL Twenty20 competition in India.

When Cricket Australia tried to change the column just hours before it was due to be published, the Sunday Telegraph and the Sunday Mail refused to publish it. Apparently his column, and that of other contracted players, had to be “vetted” by CA before being published. The increasingly obsessive Cricket Australia management have extended that to actually writing the column for Symonds!

Today the games’ thought police face a new challenge – and one senses it might be a deliberate one.

And that was on the very same day Brett Lee described relations between the teams as wonderful!

The Indians, not backward in complaining, will go ballistic at Hayden’s comments. They have already complained about the alleged “bully boy” tactics of Ricky Ponting, Hayden and Symonds, and there have been suggestions the Indians might even pull out of this weekend’s one day final – hardly likely!

But Hayden’s comments raise an interesting question for Cricket Australia – it might be able to censor columns written by players, and even write the columns for them, but how is it going to control what players say in radio, television and press interviews? Or is it really only interested in using the power it has over players – as they are all contracted to CA and not clubs or states – when they criticise CA itself?

Relations between Cricket Australia and its contracted elite players have been on the slide for some time. But it’s not entirely CA’s fault – it is not long ago that the players wanted a reduced international schedule, now they want the schedule to be expanded so it can include the very lucrative Indian Twenty20 competition! What happened to the “burn out” players were complaining about?

But none of that justifies Cricket Australia’s heavy handed approach to what players can, and cannot, say. While the AFL and the NRL have heavy penalties for players and coaches who criticise referees and umpires, I see column after column in which players and coaches (especially in the NRL) express robust views on their games’ administration.

This has not been a good summer for cricket administrators. Gagging players who dare to criticise the way the game is run is not making it any better.

Australian selectors need to get to work 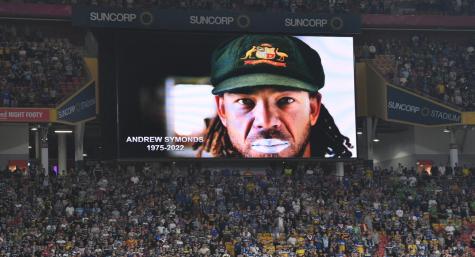 I’ve had enough of the sanctimonious Hayden and his boof-headed mate Symonds enlightening us all with their version of cricket truth. Harbajhan gets under their skin and they get under mine. We’d be infinitely better off as a cricket nation without them.

oh no! not again ! i thought that we were in for peace. Tell me ! as an indian in new delhi how should i react to aussi players when they play for opposing teams in upcoming IPL matches?
would they take acidic heckling kindly?

Spot on, dan. Hayden’s statement to the media after the CA hearing last night, in which he came close to complaining of being unfairly treated, showed he still doesn’t get it!

This cricket season and it’s “scandals” have been one long and desperate attempt by all concerned to generate some interest in a terribly boring and one sided sport. Interest in cricket is just about non-existent as far as I can tell.