Last night’s TV ratings
The Winners: A quiet Thursday night in the run up to Christmas and just five programs with a million or more viewers: four on Seven and one on the ABC. Bones at 8.30pm was the most watched but with just 1.159 million, Seven News was second with 1.150 million and the 7pm ABC News was third with 1.098 million. Today Tonight was 4th with 1.086 million and The Amazing Race on Seven was next with 1.024 million. Once again, for the second night in a row Nine didn’t have a show with a million or more viewers. Nine News was next with 984,000 and A Current Affair followed with 960,000. The summer edition of Getaway averaged 819,000 and barely entertained. Jamie Oliver ate chillies, bambi and the Easter Bunny in Jamie At Home on Ten at 7.30pm with 733,000 while The Celts finished on the ABC at 8.30pm with 729,000. Inspector Rex, 343,000 for yet another repeat on SBS at 7.30pm. There were six programs in Melbourne with audiences over 300,000, to just one in Sydney.

The Losers: Losers? It is summer I know but there is some dross on TV. The dud program was the thing on The Beatles on the ABC at 9.30pm with 653,000. Some of the content would not have been astray on Seven’s rubbishy Famous: Hollywood Uncensored (10.30pm, 473,000) in that the material was pap. Why did the ABC buy it, let alone screen it? Outrageous Fortune juggled its way across Nine around 10.30pm with 361,000 and the most tiresome cooking show in TV (more than Nigella Lawson) is the bullying Gordon Ramsay on Nine at 9.30pm. He is the nightmare, not the staff in his kitchen: 724,000. No wonder bullying is still a problem in workplaces and schools when tosh like Mr Ramsay’s program is extolled as entertainment.

Glenn Dyer’s comments: Stan Grant departs SBS at the end of World News Australia tonight and that will wrap up one of the most bizarre and disastrous experiments we have seen in Australian TV for some time: it was almost as good as the ABC’s The National. In going to an hour (replacing the horrible World Sports, hosted by Les Murray), SBS management was doing the obvious thing: expanding one program to fill the gap created by axing another. But instead of filling it with content people may have wanted to watch, it was expanded to allow three ad breaks to be inserted into the program. The pairing of Stan Grant and Mary Kostakidis was poisonous to say the least and fell apart when she threw a tantie and walked. That was settled out of court, but SBS lost viewers and reputation from treating the public face of the network very badly and in a particularly crass manner. Stan Grant had a bad dose of the “I’m from CNN, so I’m special” approach to news. In the Australian vernacular, he looked like he was up himself at times, at other times, he was solid and interesting. But he and Ms Kostakidis were not to blame (only for their childish no-speakies which was apparent on air). Management from the board through CEO Shaun Brown to News Director Paul Cutler, have their fingers, hands and bodies all over this and no amount of slip-sliding and sidestepping can hide that. Revamping the news, a showcase program for SBS for years, was always going to be a big deal, which had to have board oversight of the management moves. The reasons were right: Les Murray’s sport program was tragic but the motive was to generate more income by having those three Ad islands in the hour long program. The commercials dominated the presentation and content and SBS paid the price. Hopefully the whole sorry saga will be looked at by the first Senate Estimates next year. The new Minister, Senator Stephen Conroy, had better let SBS management face the music on this one. We will be all better for it. And on that note, it’s Merry Christmas and a safe New Year where you dominate the remote and find the on/off button.

Oprah fever is starting to hit… 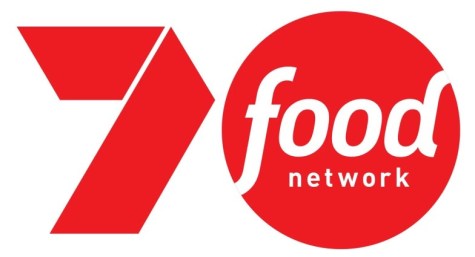 The battle of the food channels begins to heat up