Why is everyone ignoring the nuclear elephant in the room?

The very largest elephant in Australia’s electoral room is the nuclear one -- and it is accompanied by an equally large question: why is everyone -- the media included – avoiding mentioning it?

The very largest elephant in Australia’s electoral room is the nuclear one — and it is accompanied by an equally large question: why is everyone, the media included, avoiding mentioning it?

The Coalition obviously doesn’t dare remind voters that it has recommended building up to 25 nuclear reactors in Australia, all of which will have to be located near a source of water, meaning they will be in populated coastal areas or near lakes or rivers.

Labor isn’t talking about this either. Can it be that, if they do, they will be wedged by Howard who will point out their hypocrisy in opposing nuclear power for Australia while supporting the mining and exportation of uranium?

As for the media — Lazy? Ignorant? Intimidated? All three? (Reminder: Ron Walker, Chairman of Fairfax, is a partner with Hugh Morgan and Robert Champion de Crespigny in Australia Nuclear Energy Pty Ltd.)

Here are some pointers for any members of the Fourth Estate with the guts to do some investigative journalism to bring the truth to the Australian people before November 24:

1) The Alice to Darwin railway line, completed in 2004, was built by Kellogg, Brown and Root, a subsidiary of the Halliburton Corporation, the US company formerly headed by Vice President Dick Cheney.

2) The rail line is now operated by the Great Southern Railway Consortium in which Serco Asia Pacific has a 48% stake. Serco Asia Pacific is a division of the larger UK-based Serco Group PLC which describes itself on its website as being a one-third participant in the consortium that manages the UK Atomic Weapons Establishment and as having ” an extensive track record of providing packaging, storage, and transportation advice and waste management services to nuclear operators, agencies and regulators. “

3) Muckety Station in the Northern Territory, chosen by the Federal Government as the preferred site for a nuclear waste repository, is located approximately 130 kilometers from Tennant Creek through which — conveniently — the Alice to Darwin rail line runs.

4) On September 16, 2007 at a meeting in Vienna Australia signed on to George Bush’s Global Nuclear Energy Partnership, an agreement which will commit us to mine and enrich uranium, export it to other countries to use in their nuclear reactors, and then either re-import and store the high level radioactive waste for up to 500,000 years or reprocess it to extract plutonium for use in Generation IV reactors.

What kind of fools have we been taken for over the last eleven years? What assurance can we expect from the ALP that it will disown the Government’s nuclear plans, in all its forms, if it gains office?

Australia: mine one day, nuclear dump the next

Walker goes nuclear I: The detail of an explosive deal 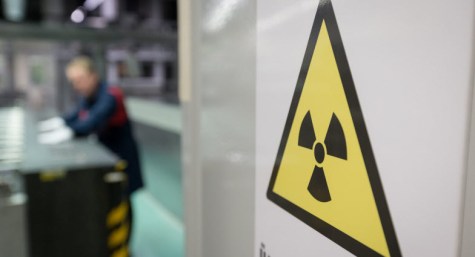 Good on you Helen. See – Nuclear recycling plan condemned by US scientists http://www.abc.net.au/news/stories/2007/11/02/2080695.htm
and
http://www.newscientist.com/article/dn4090-uk-abandons-nuclear-fuel-reprocessing.html