Election fever hits as Brisbane goes to the polls

Here in progressive inner city Brisbane, we’re proudly in advance of the rest of the nation in actually having an election – we vote on Saturday in the Brisbane Central by-election caused by the resignation from Queensland Parliament of Peter Beattie. Mark Bahnisch reports.

Here in progressive inner city Brisbane, we’re proudly in advance of the rest of the nation in actually having an election – we vote on Saturday in the Brisbane Central by-election caused by the resignation from Queensland Parliament of Peter Beattie.

In many ways, it was a pity that the Family First candidate didn’t show up for the candidates’ debate at the New Farm Neighbourhood Centre’s Politics in the Pub at the Brunswick Hotel last night.

He might have questioned the prevailing narrative that the Greens always line up on the left.

Greens candidate Anne Boccabella has been open in Brisbane media that she is seeking Liberal votes in the by-election the actually existing Liberals are either too cash strapped or too cowardly to contest, depending on which story from the leaky Liberal boat you believe.

Labor’s Grace Grace is the current secretary of the Queensland Council of Unions, and previously worked as a staffer in the Keating government and as a union organiser for the FSU. The Greens are keen to highlight her background and to point out that her candidacy was imposed on local branches by head office. But Greens candidate Anne Boccabella is also at pains to highlight her own background running a small business, and she’s making much of the contrast with Team Bligh member Grace.

Boccabella emphasises that the Greens “transcend Left and Right” but she also hammers the point that the Queensland ALP parliamentary ranks contain many former union officials. It’s hard not to hear an echo of the Howard/Hockey line about the “union domination” of the federal ALP.

There were some odd federal parallels at work last night. Boccabella, like Rudd, went to ANU, and spent time working for Foreign Affairs. Grace Grace responded to questions about local issues relating to liquor licensing, property development and Beattie’s international Sunshine State biz spruiking by explaining that she hadn’t “been briefed”, just as Kevin who’s also from Queensland and who is here to help may have said.

Pragmatically, Boccabella’s line of attack on Labor makes sense. Bligh’s honeymoon popularity means that many of the state issues that may have inspired a protest vote have been dissipated precisely because Beattie is gone. The Greens might have been better positioned for a win in Brisbane Central had the Libs got their act together and run a candidate. But the most appealing tactics – to an electorate largely disinterested and turned off politics by the never-ending federal phoney campaign – are to hammer Beattie as having neglected the local in “local member”. Hence Boccabella emphasises her record as a community activist.

Brisbane Central can’t be taken for granted in the long term by Labor. But Grace Grace will probably cruise to victory on Saturday. Interestingly, though, one of Boccabella’s talking points is that she faced a contested preselection while Grace was imposed on Labor branch members by head office. What this points to, along with Boccabella’s sincerely held pro-business views, is that the Greens are a more interesting and complex beast than the caricature of “the alienated Labor Left”.

It’s worth remembering that the German Greens, in some Länder, govern in coalition with the centre-right Christian Democrats. 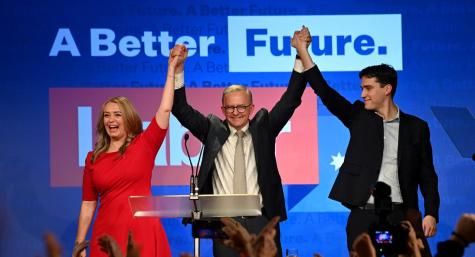 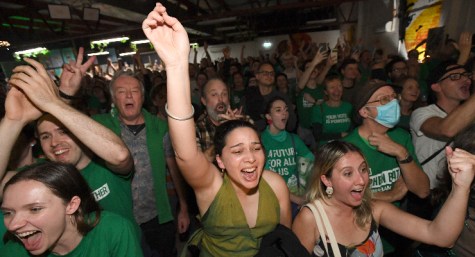