Migration has always skirted close to the underbelly

Discussion of Kevin Andrews and the Sudanese made me think of other migrant groups which have had trouble integrating and have had their own brushes with the wrong side of law and order, writes Glenn Dyer.

A rather inconclusive discussion on the ABC’s Insiders program yesterday with the ALP’s Immigration spokesman, Tony Bourke failing to rise to the persistently offered bait from Barry Cassidy to label Immigration Minister Kevin Andrews a ”racist” for his comments on Sudanese migrants last week.

The discussion made me think of other migrant groups which have had trouble integrating and have had their own brushes with the wrong side of law and order.

Of course there’s the Italians and their various groups, the so-called Mafia at various markets in Melbourne, the so-called Black Hand groups, and even now, those with males with Italian names who have been mentioned in the city’s gangland wars. There’s also the dope wars in the 1970s and the Italians around Griffith and in Canberra; Al Grassby’s compatriots. The murder of Donald Mackay is testimony to the deadliness of those groups.

Then there are the various Greek based gangs: Tony Mokbel is a modern day representation.

Gangs formed among the Vietnamese migrants, and Triad activity has been reported among Chinese from the Guangdong region of China.

We have had the various Christian and Muslim-based gangs in Sydney’s South West formed out of Lebanese and Assyrian groups of migrants: their battles are still continuing; there have been ample police reports and prosecutions to back these claims.

We have also had the ethnic warfare from the old Yugoslavia erupt here at soccer games in Melbourne and Sydney, at the tennis in Melbourne and politically with the Croatian linked Ustashi here in force during the 70s and 80s.

We have also had reports of gangs of Tongans and others of ‘Pacific Islander” appearance in Sydney’s western and south western suburbs.

Even our Kiwi friends have had a go in the now infamous Mr Asia group of the 1970s.

Odd then that the only group whose migration has been reduced because they could not integrate properly are the Sudanese. 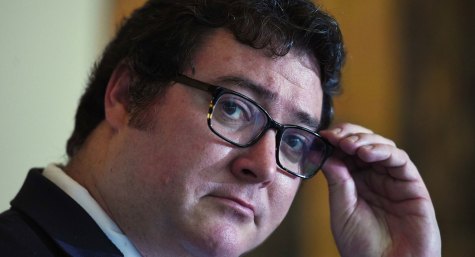 Why George Christensen might make a great immigration minister

Kevin Andrews prods the Sudanese in the woodpile