Michael Sullivan, CEO of Sportingbet Australia writes: Re. “Tips and rumours” (Monday, item 5). Your punter on Monday who had problems placing bets of up to $1,500 on a range of seats – we can’t comment on other betting agencies but Sportingbet Australia has certainly taken bets as big as $100,000 for both sides of politics. Last week we took a bet of $12,000 on the Prime Minister in Bennelong. We have had an unprecedented level of interest in this election and are holding in excess of two million dollars. Your dissatisfied punter can get his bets on at www.sportingbetdecider.com.au.

Spokesperson for Australians for Affordable Housing, David Imber, writes: Re. “How many problem home loans are there in Australia?” (Yesterday, item 5). While smart critical analysis of current events is why people subscribe to your publication, trying to dismiss the housing crisis as Glenn Dyer appeared to do yesterday went beyond investigative journalism and into the area of uniformed comment. We currently have a housing affordability crisis because 1.1 million Australians in the bottom 40% of incomes are paying 30% or more of their income in rent or mortgage repayments. While the media and many politicians might prefer to talk about mortgage stress the reality is the crisis largely affects private renters (66% of the 1.1 million are in the rental market). Therefore to claim that we don’t have a crisis because there aren’t widespread defaults or general falls in house prices is to miss the location of the crisis. Far from primarily being a place for uni students and others in transition the rental market is largely comprised of those locked out of the dream of first purchase. With a tax system that encourages speculation in property we have investors and speculators pricing out first home buyers at most auctions leaving more higher income renters trading down into lesser priced rental properties to save as much as they can yet never being able to compete. In the process they occupy the only properties that lower income renters- who are struggling on inadequate rent assistance and with long waiting lists for public and community housing- can afford. These people and their very real stress are what all levels of Government and media commentators should be focusing on. It’s time for action on the real victims of the crisis rather than nit picking over the extent of it.

John Kotsopoulos writes: Glenn Dyer wrote: “Remember when home loan rates were around 17% and we had high levels of unemployment back in the 1990s, now that was stress!” The 17% interest rate furphy patently ignores a number of facts. When the home loan rate went up to that level at a time of high international it was in line with or lower than overseas rates. We now have the highest rates of all the major economies. The only reason that Howard as Treasurer did not produce an even higher nominal rate (it went to 13.5%) is that rates were controlled by the government. As a result banks were very tough on home loans and you had to have a substantial deposit of 20%. Even then the amount you could was rationed to about 80% of what was needed and you had to borrow the balance on a personal loan at a rate above 21%. I know because I bought a home back then. With inflation low internationally the real interest rate and the interest rate burden is now higher than it ever was under Labor and certainly much higher than when Labor left office.

Graham Bell writes: So Glenn Dyer feels that serious house loan problems are merely confined to greedy buyers in a few localities, does he? He might care to talk with the good people in the various charities about just who does come through their doors… and why.

Media Adviser to Greens Senator Bob Brown, Ebony Bennett writes: Re. “Why it makes sense for Labor to preference Family First” (yesterday, item 8). Some numbers to help out Christian Kerr who claims, without any facts to support him, that the Greens miss many parliamentary votes. And that Family First would be better to deal with in the Senate.

Greens Victoria electoral analyst, Stephen Luntz, writes: Christian Kerr’s arguments for an ALP deal with Family First are factually wrong. He claims that Family First voters are more likely to follow the How-To-Vote card than the independent minded Greens. It makes sense, but doesn’t stand up to scrutiny. After last year’s election the Victorian Electoral Commission did a study of what proportion of voters in eight electorates followed their party’s How-To-Vote card. Greens were less likely to do so than Labor and Liberal voters (31% to 49 and 46% respectively). However, Family First voters were even less likely to do their party’s bidding (21%). The information is on the VEC website, section 8 page 11. At the last election the Greens scored more than 3 times as many votes as Family First, and polls generally suggest something similar this time, so in a typical seat a deal with the Greens will lead to more than four times as many votes as one with Family First, assuming the Victorian trend is followed nationally. Kerr also doesn’t appear to understand the Senate numbers. It would take an unprecedented landslide for the ALP to be in a position where either Green or Family First senate votes would be enough to get their legislation through. If they’re lucky they’ll need Greens alone. If they’re unlucky they’ll need both (that’s if the Coalition don’t have the numbers to block in their own right). Consequently, bolstering Family First won’t help them get their legislation through.

Greens Senator Christine Milne writes: Christian Kerr obviously doesn’t watch the Senate. If he did, he’d know that, contrary to his bizarre accusation, the Greens have not missed or abstained from a single vote in this term of Parliament. The Senator who’s missed the most votes, on the other hand, is Christian’s favoured Steven Fielding. Until recent times, Senator Fielding would regularly get on his phone from the chamber and quickly absent himself when votes were called, particularly those put by the Greens. Fielding’s one deal, getting the PM to agree to family impact statements, fell by the wayside once it became clear that Fielding would vote with the Government anyway. The Greens have a proud record of achieving outcomes in the Senate, using the Committee system, motions and Senate estimates to the utmost against the deadening hand of Government control. Christian may not have noticed my extensive work this month in a Senate Inquiry on Greenhouse Reporting legislation, working with State Governments to force major changes to the mess of a bill the Government had introduced. He also clearly missed my work in the Community Affairs Committee, getting to the bottom of possibly fraudulent behaviour underpinning the Government’s refusal to roll-out PET scanners across Australia for seven years, condemning cancer patients to unnecessary suffering. And maybe he’s forgotten that it was my negotiation with Senator Conroy, using our knowledge of Parliamentary processes, that set up the Government’s one major Senate loss, when Barnaby Joyce crossed the floor to defeat Trade Practices legislation. Did Christian not realise that Bob Brown was instrumental in getting the Senate inquiry into petrol sniffing running, leading to the full roll out of OPAL fuel in the central desert? This, of course, only scratches the surface of what we’ve achieved in the Senate.

Sasha Marker writes: In the 2004 election, if Labor had NOT preferenced Family First in Victoria, the current government may not have been able to get control of the senate and with the benefit of hindsight, what a wonderful outcome that would have been.

Alan Hatfield writes: Re. “Brough’s bulldozing backyard blitz” (yesterday, item 14). It’s depressing to read stories like this one. It confirms all your fears and prejudices about the inability of this Government and a lot of its servants to have any realistic idea of how to go about winning hearts and minds and local support for what should be an important initiative (but almost certainly won’t be!).

Rosemary Lynch writes: Having lived in a remote NT community where I saw how easy it is to shut isolated places down so the outside world hears nothing about how life is lived; I give thanks to Anna Lamboys, and Crikey, for exposing the lack of care and casual destruction of ordinary people’s worlds by Howard’s interventions. The wave effect will be a nightmare.

Julia Gillard was a union lawyer… so what?:

Irfan Yusuf writes: Re. “Googling the trail of a YouTube political smear” (yesterday, item 3). So Julia Gillard was a union lawyer. So was I. In 2000, I did a short stint at a firm that acted for the union representing NSW nurses. It was a brief 3 month contract. Then in November 2001, I was endorsed Liberal candidate running against Laurie Ferguson in Reid. A prominent Young Liberal branch president worked for many years for union firm White Barnes. Another former Young Liberal worked for Paul Keating’s brother at McClellands. Any questions? No? Let’s focus on the future and leave past employment decisions where they belong – on people’s employment resumes.

Martyn Smith writes: Tony Thompson (yesterday, comments) asked, “How many people are like me and just turn off to Government advertising / information campaigns?” I can’t answer for all the rest Tony but I’m with you. Not only do I turn off when the advertising starts but it turns me off the instigators of the advertising as well. Maybe Crikey would like to conduct and unofficial poll on the subject.

The fog of WA:

Lonely Planet founder Tony Wheeler writes: Re. “Rebecca Le May” (yesterday, comments). Perth, fog and Qantas isn’t new – I was on a flight out of Johannesburg on 7 September 1995 which half way to Perth did a U-turn and went to Mauritius instead due to fog at Perth and the alternative RAAF runway being out of action. When we eventually did continue on to Perth, arriving a few hours later than planned on 8 September, the fog had never materialized.

Stephen Harrington writes: I was surprised to see Steve Johnson’s comment (yesterday, comments), which suggested that the current pool matches of the Rugby World Cup are just as one-sided as those of any other global competition, including the FIFA World Cup. In the 2006 finals, the two most dominant teams of the first round (Spain and Argentina) averaged a little over a 2 goal winning margin for their first three games of the tournament. Although it’s hard to compare Football with Rugby, that sort of statistic nevertheless represents a watchable match. Compare that then to the RWC, in which New Zealand have won each of their first three pool games by an average of 65 points…

Send your comments, corrections, clarifications and c*ck-ups to boss@crikey.com.au. Preference will be given to comments that are short and succinct: maximum length is 200 words (we reserve the right to edit comments for length). Please include your full name – we won’t publish comments anonymously unless there is a very good reason. 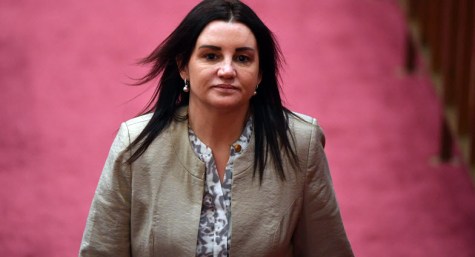 Don’t turn your back. Don’t look away. And don’t blink. You’ll miss another crisis.