But “the party” doesn’t decide: individuals do

One thing at least emerges from the Liberal Party's very public trauma of the last few days - that a federal leadership change is now pretty clearly in the party's short-term interest.

One thing at least emerges from the Liberal Party’s very public trauma of the last few days – that a federal leadership change is now pretty clearly in the party’s short-term interest.

Not in the sense that Peter Costello would necessarily do better than John Howard – he might well do worse. But if one alternative represents certain defeat, then anything that offers the chance (even a small one) of something better surely has to be worth the gamble.

Michelle Grattan put her finger on it back in July:

The shock of the new can be powerful and excite the voters, but is also dangerous. Maybe the gamble is worth the risk.

(In the longer term, who knows – maybe the party’s eventual rehabilitation would be better served by Howard’s crushing electoral defeat, marking a clear repudiation of the policies he stands for. But that’s another story.)

The fact that leadership change still doesn’t look likely is an interesting case of the failure of collective decision making. While it might be in the party’s best interests, there is no such thing as “the party” that makes decisions about “its” interests; there are only individuals, and none of the key individuals has a compelling interest in change.

For Howard, that’s because it’s now much too late: if he quits, and the result is disaster, he will still get the blame. But if the result is better than expected, that will tarnish his reputation just as badly – it will be said that things only recovered because he left.

For Costello, and any other leadership aspirant, the equation is even simpler: whatever happens, the most likely outcome is defeat, therefore it’s better that it should happen to someone else.

For Costello’s rivals, there’s the added reason that none of them really wants to have the first crack at being opposition leader, since that’s almost a guarantee of failure. Much better for Howard and Costello to share the next two defeats, then the field will be wide open for the rest. 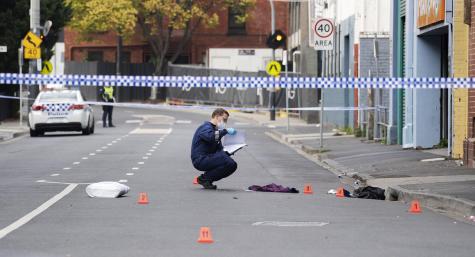