Parrot pester power. A subscriber wants to know “How is it that a picture of Alan Jones has loaded into the Australian version of Google News every day, all day, for weeks now? It’s driving me nuts.”

An apology and an attack. An abject apology in the Sunday Telegraph of News Ltd yesterday to Eddie McGuire over claims that he tried to jump the queue at a Roads and Traffic Authority office in Sydney to renew his licence. The story wasn’t on the main News Ltd site last night in Sydney, but it was on the Adelaide News Ltd site. It seems the apology was only in the Smellie and not online. The Sunday Tele said it “apologises to Mr. McGuire for the hurt and embarrassment caused by the article.” The same could not be said for the gratuitous attack on Bert Newton in the same paper. What this article again demonstrates the lack of knowledge about TV among print journalists. The only people to be blamed are those who hired Bert Newton (Sam Chisholm) and those who have kept him on air (Bert can’t determine that): they include Eddie McGuire, Jeff Browne, Ian Law and Michael Healy, Nine’s head of programming. They have the power to put him into programs which they did, and have had the power to take programs which he fronts out of the schedule, which they have done. What A Year should never been commissioned for a second series, but such is the desperation at Nine that they need every half baked idea they can justify. You can blame Bert for his lack of zing as a presenter, but not for deciding to run repeats of Family Feud again at 5pm, or for commissioning What A Year. Grown adults did that, not TV presenters. — Glenn Dyer

Seven still the one, just. Even though the Nine Network was a bit more competitive this week, it still couldn’t beat rival Seven in the week’s battle. Seven won: 27.6% (27.9%) to Nine on 27.0% (25.9%), Ten on 23.1% (24.3%), the ABC on 17.3% (16.3%) and SBS on 5.0% (5.6%). It was a week where Nine could have pressed home and won if it had shown as clever programming on Friday and Saturday nights as it has on a couple of occasions this year (the Harry Potter movies). For the first time in months Seven lost Sydney and Melbourne to Nine, but it then got home by winning Brisbane, Adelaide and Perth. The 7 point win in Perth was enough to put Seven over the line. In some ways it was one of Seven’s worst weeks; the weakness of Wednesday night with the appalling movie, The Village left the network vulnerable to being beaten. That it didn’t was more due to the power of Seven News, Today Tonight, Better Homes & Gardens and Home and Away, plus the AFL game in Melbourne, Adelaide and Perth when Collingwood was beaten by Richmond, but still provided Seven with a 31.8% share. Saturday Seven won 29.1% to 28.8% for Nine. Seven won Monday, Tuesday, Friday and Saturday nights. Nine won Sunday and Thursday nights and Ten won Wednesday. Nine’s Sea Patrol lost ground on Thursday night but Ten’s Thank God You’re Here on Wednesday night and Seven’s Border Security on Monday night were the most popular programs. Seven’s RSPCA Animal Rescue climbed into third spot. Idol started with 1.65 million people on Sunday night but while Ten did well nationally, it continued to show weakness in Sydney, and to a lesser extent, Brisbane. — Glenn Dyer

English Premier League bursts onto Foxtel screens. Armchair fans of the English Premier League feasted on five live games shown simultaneously on Fox Sports 2 on Saturday night/Sunday morning. They weren’t great games with most of those now taking place on English Sundays but they were nonetheless available to those with the dexterity to press the red button on the Foxtel remote. While Simon Hill hosted the main game (Manchester City v. West Ham United) on Fox Sports 2, four other simultaneous games were available to be accessed by what Foxtel calls “viewer’s choice”. The four other games came up on a split-screen mosaic for you to watch individually – or collectively if you had the eyes of a spider. Foxtel trialed the simultaneous transmissions with two live NRL games last month but for addicts of the world game’s most successful competition, the innovation is a godsend. The $10 billion EPL pay TV rights are split this year between Rupert Murdoch’s BSkyB (92 games) and Irish satellite group Setanta (46 games). Sky paid the 20 richest clubs in the EPL 433 million pounds for the privilege of screening the games to its five million sports subscribers but is expected to pocket 2.5 billion pounds from its investment. Setanta began in 1990 when some soccer-mad Irish fans paid to watch the Irish Republic’s World Cup games in a London pub at Ealing. Setanta paid only 130 million pounds for its 46 games but feels the move is a company maker for the expanding pay TV group. Its first EPL game on Sunday morning was Aston Villa vs. Liverpool with its huge appeal to Irish sports fans. This delayed game was available on Fox Sports 2 at 2am. On the local front, the magnificent Sydney FC broke through for its first win in Melbourne before a disappointing crowd of 3,400 at Olympic Park. Alex Brosque scored the only goal in the 36th minute. — Terry Maher

Last night’s TV ratings
The Winners: Sunday night and thanks to a crazy conjunction of patterns, Seven snuck through to win the night with a combination of younger appealing movie and the final ep of Greys Anatomy: with a big assist from the ABC which is really draining Nine of its Sunday night older viewers. 14 programs with a million viewers or more, starting with Seven News on top with 1.589 million followed by Idol with 1.583 million (let it grow Ten, let it grow). Nine News was 3rd with 1.560 million and Backyard Blitz was next with 1.498 million. Midsomer Murders on the ABC averaged 1.432 million from the Seven movie at 6.30pm called The Incredibles, 1.358 million and beat 60 Minutes, which was next with 1.346 million. The Worst Jobs In History was next in the same slot on the ABC with 1.279 million viewers. The final of Grey’s Anatomy at 9pm won that slot among the younger viewers for Seven with 1.267 million. the 7pm ABC News was 10th with 1.194 million; Nine’s fresh ep of CSI wasted away at 8.30pm in third slot behind the ABC and Seven with 1.166 million. The ABC evening news update averaged 1.099 million just before 8.30pm and Rove averaged 1.020 million after Idol on Ten, which was OK but a third of the audience for Idol said goodnight. CSI New York started third and finished better with 1.008 million in 14th spot. The Circuit finished on SBS with 216,000 people and a fine finish it was. The best local drama of the year. Sea Patrol writers should view every ep for ideas on dialogue, story development and avoiding red herrings and silly soap operatic flourishes.

The Losers: Losers? Ten’s Australia’s Next Top Model shed 30% of its audience last night to 699,000, compared to a week ago. That didn’t hurt Idol, but it made the network a one trick pony on a night when it should have really done better. Its Sydney share (21.4%) was better than its national share (20.5%), unlike last week, but its Brisbane share of 18.1% was lower. Rove did OK with a million viewers but The Simpsons repeat at 6pm beat the Model ep at 6.30pm (which has already been seen on Foxtel). Its Me Or The Dog, now buried on Fridays at 8pm, would do better at 6.30pm with Idol starting at 7pm and going longer at 90 minutes. Seven’s Diana special at 10pm, 778,000 people. No more Diana programs please, we are adults. The Wedge returned to Ten last night after Rove and the two eps attracted just over half a million viewers each (587,000, 562,000), which wasn’t good.

Glenn Dyer’s comments: It’s hard to say whether this was just one of those nights, or a trend but I will go for happenstance and viewer choice. The ABC beat Ten into third, despite Idol last night which was a nice ep. Ten did better last week without Rove than with Rove (24.2% to 20.5%). Nine saw 60 Minutes hit for the second week in a row this time by a combination of Idol, the movie on Seven and the Worst Jobs In History on the ABC at 7.30pm. (Someone could do a local version here, very, very easily). Midsomer Murders continues to murder the older skewing viewer demographics and ruining Nine’s night. But it was an afternoon of AFL on Seven in Perth that proved the difference, boosting Seven over Nine and Ten from the news onwards. The Dockers and Weagles games were shown into Perth. Seven won by more than 7 points and that was the big assist nationally. Tonight go for well, Border Security and Surf Patrol on Seven, Ten has another night of Idol, and Law And Order SVU (a fresh ep) and Torchwood has been brought in from the cold of midnight for a 9.40pm kick off. Besides the Queen’s Castle, which is described as a series return (really?), Nine has 1 vs 100 and poor old ER and then a couple of don’t worry about programs from 10.30pm. The ABC has a special Enough Rope in Mount Isa tonight. SBS has another Top Gear ep. 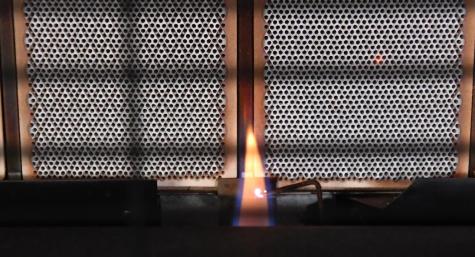