What a Muslim looks like, by <i>The Daily Telegraph</i>

Yesterday’s front page of The Australian carried a story headed “Muslim refugee home rental probe” about an investigation into the allegedly dodgy involvement of the Islamic Council of NSW in a NSW Department of Housing scheme for refugees.

People who engage in this sort of behaviour should be exposed regardless of their ethnicity or religion. The ICNSW is one of three competing Councils vying for representative status of Muslim New South Welshmen and women.

The story was repeated in The Oz today and also reported in the Daily Telegraph yesterday. The Tele’s website carried the following graphic showing a woman wearing a face veil:

What the …? A woman wearing a face veil? Was this a story about women? Or about belly dancers? Or about veiling practices? Not exactly.  The Oz for its part carried a photo of Ali Roude, the ICNSW vice-chair at the heart of the scandal.  You’d think by now that I’d be used to this kind of inane stereotyping. But this time it really got on my nerves. So I rang the Tele and spoke to their online editor Ricky Sutton yesterday afternoon.  The conversation started out OK. I asked Ricky why, of all the possible images he could put with the story, he used this one. After all, it was a story about the alleged abuse of community housing by two blokes. Here’s my recollection of how the conversation went:

RICKY: Look, it’s a story about Muslims and refugees and that. So we had to use a Muslim image. What’s wrong with that?

ME: What do women in face veils have to do with Muslims?

RICKY: Well, don’t all their women wear that kind of stuff?

ME: Really? And do you have any evidence to back it up?

RICKY: Listen, if it had been a story about a housing scandal in the Church of England, we’d have run a picture of a crucifix.

ME: So you’re saying that a woman’s head dress is the equivalent of a crucifix. Isn’t that a bit tabloidish?

RICKY: Now you’re the one doing the stereotyping. Are you saying the newspaper I work for is a tabloid? 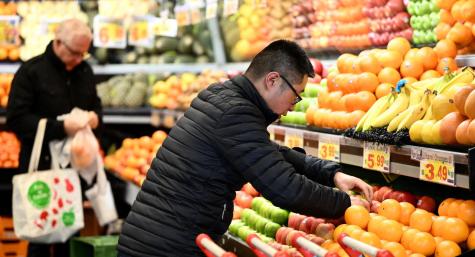 This is a non-issue – of course a picture of a woman wearing a headscarf correlates with Muslim women, because that’s what they look like when you’re walking down the street.