The fact that the Howard Government's new legislation is racist - that is, it breaches the Racial Discrimination Act 1975 - is beyond doubt, writes Greens Senator Rachel Siewert.

The fact that the Howard Government’s new legislation is racist – that is, it breaches the Racial Discrimination Act 1975 (RDA) – is beyond doubt.

If the comments of former federal court judge Murray Wilcox (who described the legislation as “constitutionally valid but extremely discriminatory”) are not enough, then the fact that all three Bills take the extraordinary step of explicitly over-riding the RDA should be all the confirmation you need that the Bills are discriminating on the basis of race.

The real question isn’t whether the provisions are racist, it’s whether they represent an acceptable form of positive discrimination.

The International Convention On The Elimination Of All Forms Of Racial Discrimination recognises that there are situations where governments need to legislate for a racial group to specifically address existing substantive injustices – like the huge disparity in health and living standards faced by our Indigenous population in the NT and across the country in urban, rural and remote areas. This is what is referred to as “special measures” in section 8 of the RDA and represent a kind of affirmative action.

That is, they have to provide a clear benefit to the group, have the sole purpose of securing the advancement of that group, they have to be necessary to achieve this benefit, and they have to stop when they have achieved this goal.

There are a host of questions on all of these points that have already been raised by Crikey over the last few weeks – including whether taking control of land and scrapping the permit system were necessary to tackle child abuse or to address problems with health, education and housing.

Mal Brough has yet to even attempt to present a coherent argument linking the two, and with Pat Anderson (one of the authors of the Little Children are Sacred Report) declaring yesterday that they felt ‘used and betrayed’ by the government and that the measures had nothing to do with addressing child protection issues, it appears that the government is on very shaky ground.

The same holds for the move to exempt Aboriginal people in the NT from having access to the Social Security Appeals Tribunal if they are not happy with the way that 50 percent of their welfare payments are quarantined or the balance of what Centrelink decides they should be spending it on.

Ultimately, from a legal point of view, the government doesn’t actually need to bother with seeking to over-ride the RDA in these Bills. The Commonwealth already has the power to make laws which are inconsistent with the RDA (as clearly demonstrated in the Hindmarsh Bridge affair) and the rules of statutory interpretation means that when there is an inconsistency between laws the newer law automatically over-rides any earlier law. (The RDA does not operate like a bill of rights.)

So the decision to declare these bills as ‘special measures’ and to explicitly over-ride the RDA is a political one. The real question is whether the government thinks it can win the PR battle and convince the public that its heavy-handed paternalistic approach is really “for their own good”.

The Greens are hopeful that the dog-whistle politics that clearly underlie the whole of this election year ‘crisis’ intervention will fall flat. Certainly there have been clear signs that this whole escapade hasn’t produced the desired bounce in the polls and that the racist undercurrent hasn’t been enough to turn the heads of the aussie battlers who continue to desert Howard.

Send your tips to boss@crikey.com.au or submit them anonymously here. 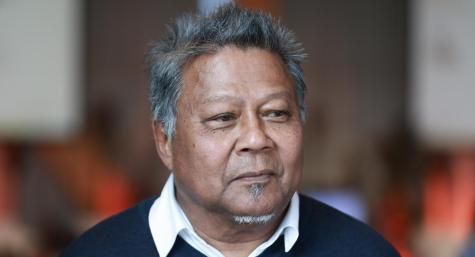