The Seven Network has lost its expensive and long running C7 legal action against a group of respondents including some of its bitterest business enemies in Foxtel, News Ltd, Telstra and PBL and now faces the prospect of huge costs payments to around 17 groups or people.

The Seven Network has lost its expensive and long running C7 legal action against a group of respondents including some of its bitterest business enemies in Foxtel, News Ltd, Telstra and PBL and now faces the prospect of huge cost payments to around 17 groups or people.

Kerry Stokes made a rare appearance at the Seven Network in Sydney today for the judgement.

In handing down the decision the judge, Justice Sackville of the Federal Court, belted Seven, saying it was the “author of its own misfortune” and described the costs of the case as bordering “on the scandalous”.

He also said that “Seven was far from a helpless victim” in the case as it sort to portray itself:

There is more than a hint of hypocrisy in certain of Seven’s contentions.

As my findings indicate, certain of Seven’s witnesses frequently reconstructed events in a manner that not merely reflected Seven’s interests, but could not withstand critical examination. In particular, the accounts of a number of those witnesses could not be reconciled, in important respects, with the contemporaneous documentation, including the minutes of Seven’s own board meetings.

In essence, Seven was the author of its own misfortune.

He also hammered the reputation of News Ltd and its senior in house lawyer, Ian Philip, accusing him of “dishonesty”.

“If, in the meantime, News has taken no action against Mr Philip in respect of his admitted dishonesty, it would reflect very seriously indeed on News’ standards of commercial morality,” Mr Justice Sackville wrote in a summary of his judgment today.

The costs could top $100 million, based on around $120 million already paid and written off by Seven against profits over the past three years. That could take total costs to $220 million or more. His judgment was 1120 pages.

The Network is expected to earn record profits of well over $200 million before tax for the year to June 2007.

Seven shares fell more than 50 cents before settling down around 43c at $10.90, in a market that plunged 2.5% after Wall Street’s big fall.

The case was driven by the 42% owner of Seven, Kerry Stokes, and it seems unfair that the other shareholders have and will have to bear the costs for this failed action.

“Seven was far from a helpless victim in the face of the allegedly anti-competitive conduct of which it complained,” Justice Ronald Sackville said in a 30-minute summary of his judgment.

Seven had claimed that Foxtel’s owners colluded in 2000 to outbid Seven for AFL and NRL broadcasting rights, driving C7 out of business. Seven settled claims with the AFL and Channel Ten last year after it won back the AFL rights in a joint $780 million bid with Ten.

The damages claims against the other parties was slashed to $480 million before tax when Justice Sackville rejected a report by one of Seven’s expert witnesses.

The trial lasted for 120 hearing days and took place in an electronic courtroom.

To follow are some excerpts from Justice Sackville’s summary of his judgement. They illustrate the size of the case (he called it mega-litigation):

…I have not been idle these past nine months…It’s not surprising that a case that generates this volume of material also generates very large costs. What’s surprising is the sheer amount of money that has been devoted to a single case. My estimate is that the parties have spent in the order of $200 million on legal costs in connection with these proceedings.

Electronic trials have many advantages, but reducing the amount of documentation produced or relied on by the parties is not one of them. The outcome of the processes of discovery and production of documents in this case was an electronic database containing 85,653 documents, comprising 589,392 pages. Ultimately, 12,849 ‘documents’, comprising 115,586 pages, were admitted into evidence. The Exhibit List would have been very much longer had I not rejected the tender of substantial categories of documents that the parties, particularly Seven, wished to have in evidence.

…In addition, the pleadings amounted to 1,028 pages. The statements of lay witnesses that were admitted into evidence run to 1,613 pages. The expert reports in evidence totalled 2,041 pages of text, plus many hundred pages of appendices, calculations and the like. The transcript of the trial is 9,530 pages in length.

When the case was opened, Mr Sheahan SC, on behalf of Seven, suggested that it would be claiming more than $1.1 billion in damages. By the time final submissions were made, Seven’s damages claim, at best, had been reduced to an amount between $194.8 and $212.3 million. This amount was to be ‘grossed up’ by a factor of 1.429 to account for income tax. Pre-judgment interest was also to be added. Bearing in mind that (as the parties agree) tax has to be paid on any damages award, the maximum amount at stake in this litigation has not been very much more than the total legal costs incurred to date.

…It is difficult to understand how the costs incurred by the parties can be said to be proportionate to what is truly at stake, measured in financial terms. In my view, the expenditure of $200 million (and counting) on a single piece of litigation is not only extraordinarily wasteful, but borders on the scandalous.

…As my findings indicate, certain of Seven’s witnesses frequently reconstructed events in a manner that not merely reflected Seven’s interests, but could not withstand critical examination. In particular, the accounts of a number of those witnesses could not be reconciled, in important respects, with the contemporaneous documentation, including the minutes of Seven’s own board meetings.

…In essence, Seven was the author of its own misfortune.

…This finding is not determinative of Seven’s case on liability. But the finding demonstrates that Seven was far from a helpless victim in the face of the allegedly anticompetitive conduct of which it complains.

…It is yet another extraordinary feature of this case that Mr Stokes conceded in cross-examination that he regarded the price paid by the Foxtel Partnership for the AFL television rights as a ‘good’ deal for a purchaser. This concession makes it very difficult for Seven to establish the factual foundation for its ‘overbidding’ contention.

…Fifthly, there is more than a hint of hypocrisy in certain of Seven’s contentions. I particularly have in mind Seven’s claim that Mr Philip divulged confidential information in relation to Seven’s bid for the NRL pay television rights and that certain Respondents received the information knowing that it had been obtained in circumstances which breach confidentiality.

…I find that Seven ‘leaked’ to the media details of its bid, thus destroying any confidentiality in the information. This finding makes it surprising, to say the least, that the claim was brought in the first place. Another example of what I have in mind is Seven’s complaint that C7 suffered losses by being denied retail access via the Telstra Cable when (as I find) it never had any serious intention that C7 should be a retailer of pay television services.

…By pointing to these matters I do not intend to imply that the behaviour of all the Respondents was exemplary. The Chief General Counsel of News, Mr Philip, for example, on his own account dishonestly attempted to mislead Telstra into contributing additional support to Fox Sports’ bid for the NRL pay television rights. The evidence also shows that News was content to withhold important information from Telstra, in effect its partner in the Foxtel Partnership, and did so over a considerable period of time.

…At the conclusion of the hearing, I asked whether Mr Philip was still employed by News and was told that he was. If, in the meantime, News has taken no action against Mr Philip in respect of his admitted dishonesty, it would reflect very seriously indeed on News’ standards of commercial morality.

…In the end, however, it is Seven that must prove its pleaded case against the Respondents.

…The result is that I propose in due course to make orders dismissing Seven’s claims for relief. Optus will be directed to bring in Short Minutes of any order it says should be made on its Cross-Claim.

…I intend to defer making final orders until the parties have the opportunity to make submissions on costs. While I intend to dismiss Seven’s application, I nonetheless propose to give the parties the opportunity to make further brief written submissions on what issues relating to relief, if any, they say that I should address before entering final orders.

…The only reason for contemplating this course as a possibility is to facilitate the appellate process.

…This does not necessarily mean that I will accede to any request the parties make, even on the unlikely assumption that they are able to reach agreement as to the issues that I should consider. It must be remembered that this case has already consumed very large public resources.

He even stated in his orders the length and number of pages for submissions on costs and other matters (10 pages for the respondents, 15 pages for the Seven network). 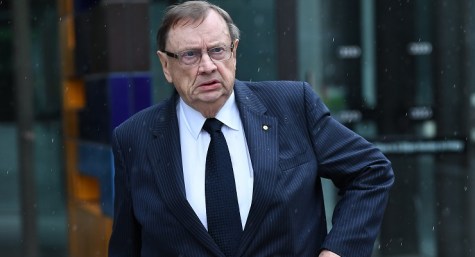 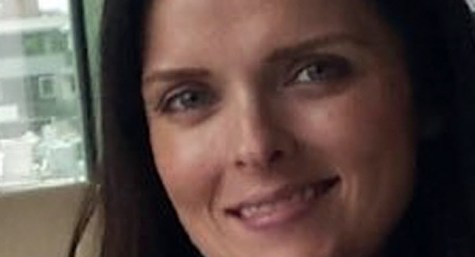