Is the fat lady singing for Rex and the 3AW footy team?

It’s hard to define the tipping point, because 3AW’s footy coverage this year in Victoria is not much changed from previous seasons, but somewhere along the track in 2007 the network’s listeners have decided enough is enough.

It’s hard to define the tipping point, because 3AW’s footy coverage this year in Victoria is not much changed from previous seasons, but somewhere along the track in 2007 the network’s listeners have decided enough is enough.

They’re sick of the silly nicknames, the in-jokes, the team’s overbearing “star” Rex Hunt and the downright cockiness that oozes over the airwaves. They’re mad as hell and they’re not going to take it any more.

Which is why, as the latest AFL ratings revealed this week, they have leaned over to the radio dial as one and switched across to either the ABC or Triple M coverage. It has been a massive jolt for the station which has been the premier football network in Melbourne for umpteen years and still, erroneously and arrogantly, signs off each match-day segment before a commercial break with the statement “3AW Football – The Best”.

The addition of Craig Hutchison, a man for all seasons with gigs on all four forms of media (he even has his own footy website), is the most visible change to the AW team in recent years. Hunt, Robert Walls, Clinton Grybas, Dwayne Russell and Tony Leonard complete the match-day line-ups. Hutchison can be smug and a little too clever by half but can hardly be expected to shoulder all the blame for the ratings nightmare.

No, the problems run deeper than that. Hunt has got by for years now with a big personality but minuscule understanding of the game. His is the ultimate example of style over substance.

He has nicknames for most players: there’s Cameron “the Big Hairy Cat” Mooney, “Yellow Brick Croad” for Hawthorn’s Trent Croad; “Awesome Wells” for Kangaroos player Daniel Wells; “Hooligan” for Carlton’s Ryan Houlihan, and so on.

He thinks that’s funny. And maybe once upon a time it was, sort of. But, as a listener, trying to decipher these ridiculous monikers when all you want to know is which player has the ball, and which team is winning, is profoundly irritating. What is so surprising about the latest figures is that it’s taken this long for the AW audience to register its protest.

The ratings bombshell may signal an end to the era of foghorn-voiced blowhards masquerading as sports commentators. We can only hope. The doyen of Sydney rugby league callers Ray “Rabbits” Warren – a nickname that could have been made up by Rex himself – should take note.

And so, too, Fatty Vautin, Sam Newman and those other offenders who confuse entertainment with insight. (Although this theory loses a little validity when you hear the Triple M match-day offering, which is radio’s equivalent of the Footy Show. With Garry Lyon, Brian Taylor and James Brayshaw at the helm, it overflows with blokey repartee, in-jokes, sniggering and only just stops short of discussing how each of them fared at the nightclub the previous evening.)

Hunt has made a habit of deriding the ABC commentary team, who quietly do their own thing in the adjoining broadcast box, and never misses a chance to belittle them, knowing that they’d never be so crass as to stoop to his level.

Bullies do that. He calls the ABC team the Tobin Brothers because he thinks their commentary lacks colour and spark. What they do achieve, however, is an accurate call, bereft of all the AW trimmings, that gives the listener an idea of who’s playing well and why. They even give the scores.

And Rex – sorry, I meant to call you by your new nickname, Tyrannosaurus – as someone who’s experienced the highs and lows in the public spotlight, you must know that what goes around, comes around. There may well be a funeral going on soon but, unless you smarten up your act, what will be getting driven away in the Tobin Brothers hearse is your radio career.

Implications of a twilight AFL grand final not worth contemplating

Are we witnessing the death of the shock jock? 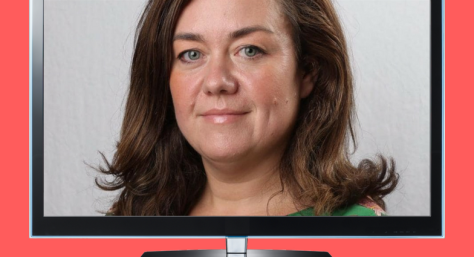