The West Arnhem Land Fire Abatement project is an example of how public investment can not only abate carbon, but also generate jobs for indigenous people in remote regions and assist in environmental management, writes Jon Altman.

It’s interesting to compare the costs and outcomes from the photovoltaic (solar panel) rebate program announced in this week’s budget as analysed by the Australian Conservation Foundation (Is the Budget carbon-neutral?  Crikey 10 May 2007) with an extraordinarily innovative and community-based carbon abatement scheme underway on Aboriginal land in western Arnhem Land, north Australia.

The West Arnhem Land Fire Abatement project is an example of how private investment can not only abate carbon, but also generate jobs for indigenous people in remote regions and assist in environmental management.

To recap, the ACF estimate that the photovoltaic rebate program announced in the Budget will cost $150 million over five years and will abate 32,100 tonnes per annum after five years. The ACF estimates that 10,000 programs of this size will be needed in Australia to avoid dangerous climate change.

By way of contrast, the WALFA project has abated 256,000 tonnes in its first two years of operation and has an agreed target of 100,000 tonnes abatement per year.

This scheme is principally funded by Darwin Liquified Natural Gas Pty Ltd (DLNG), a subsidiary of multinational Conoco Phillips, to partially offset its emissions from its LNG plant at Wickham Point in Darwin Harbour. DLNG has committed $1 million per annum for the next 17 years to this goal.

WALFA is based on payment for an environmental service: in this case, 30 indigenous people are paid to undertake fire management that will produce Greenhouse gas offsets. This is a vibrant partnership between a number of Aboriginal community-based ranger groups, traditional owners and fire ecologists that are collaborating to reduce wildfires over a sparsely populated 28,000 sq km portion of the Arnhem Plateau.

It’s estimated that 40-70% of this area has been affected by wildfires each year: WALFA aims to reduce this to 25-30% by proactively creating fire breaks and patchy mosaics of burnt country. It’s the difference between the two fire regimes, the latter heavily reliant on indigenous ecological knowledge and western technology, which will generate the savings of 100,000 tonnes of carbon dioxide equivalents.

The project began in 1997 and struggled for years to gain access to ongoing funding and recognition — initially under the AGO’s Greenhouse Gas Abatement Program — but to no avail. Funding for the development of the project has been stitched together in an ad hoc manner from year to year from a variety of sources, including the Natural Heritage Trust, the Northern Territory Government, the AGO, and indigenous organisations, with much technical expertise provided by the soon to be defunded Tropical Savannas Management CRC in Darwin.

This allowed research, mostly based on innovate satellite remote sensing, to establish the 1995–2004 baseline average emissions against which current burning regimes can be measured. The project’s emissions assessment methodology was included in the AGO’s National Greenhouse Gas Inventory from 2004.

While any measures to reduce Greenhouse gas emissions are to be encouraged, the contrast in required public investment and efficiency between the two schemes is telling. WALFA abates carbon equivalents at $10 per tonne (in private sector funding), the photovoltaic rebate program at a minimum $100 per tonne (in public subsidy) according to the ACF figures.

As the Australian Government moves rapidly from climate change denial to belated action, it’s surely worth exploring how many more ‘WALFAs’ might be out there on indigenous lands in the fire-prone tropical savannas? Ongoing funding to indigenous ranger groups to support the reduction of unmanaged wildfires could make a significant difference to Australia’s Greenhouse gas emissions.

If we followed WALFA’s lead, Australia could meet a number of its national and international obligations — Kyoto, human rights and biodiversity conservation –all at once! 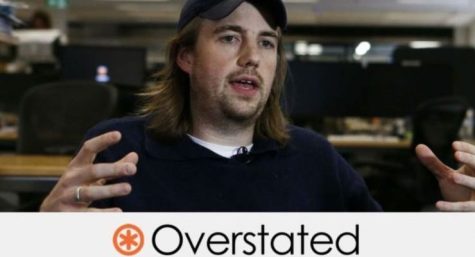 Do exports push Australia’s greenhouse gas emissions to more than 5% of global totals?