The PBL split: what it means for Packer’s gaming and media interests

The split of PBL into separate gambling and media businesses has ended the Packer involvement with mainstream Australian media. Unless a reorganisation of Consolidated Media Holdings follows, James Packer's involvement in Australian media will greatly diminish.

The split of PBL into separate gambling and media businesses has ended the Packer involvement with mainstream Australian media. Unless there is a significant reorganisation of the about to be created Consolidated Media Holdings (CMH), the involvement of James Packer in Australian media will be minimal and indirect.

The proposed split has also cleared the way for the likes of Rupert Murdoch, Kerry Stokes and the Fairfax family to dominate the local media industry and will allow Bruce Gordon to buy the Perth and Adelaide stations of the Nine Network, if he wants to.

As for Crown, it will be the real powerhouse of the split with direct stakes and ownership in most of its best assets, including the Crown and Burswood casinos in Australia, a 41.4 percent stake in Melco PBL Entertainment in Macau and other international gaming assets in the UK (50 per cent of Aspinalls) and in Las Vegas. It will also own half of Betfair in Australia.

Packer will be executive chairman of Crown while his casino boss, Rowen Craigie will be CEO. It was only early March that Craigie was named head of PBL’s international division in a revamp of the gaming side of the business.

That revamp and the split announcement yesterday indicate a company searching for ways to enhance the attractiveness of its gambling businesses to investors while downplaying its media side. And yet in the half year to December, the media assets earned more than the gambling side did.

With the plan to pay shareholders $2 billion in cash and, according to brokers, move the remaining cash reserves from the CVC deal into the Crown gambling company, the media rump of PBL will be a financially feeble business, unable to match it with the likes of Seven, Fairfax or News.

That’s unless it is able to revamp itself to claw back the cash flow and earnings of PBL Media’s Nine Network and ACP Magazines now shared with private buyout group, CVC Asia.

It is now clear that the timing of the much heralded sale of half of PBL Media to CVC Asia for $4.5 billion was wrong: the split should have come first, then the sale. PBL didn’t want to sell any stake in the gambling side so it has resulted in a patchwork collection of media assets with no cohesive centre.

It is very much a bridesmaid, a collection of percentages (50% of Premier Media, 27% of Seek, etc). These are quality assets; the level of control is what makes it a second class company.

It is selling the 50% of Hoyts and the smaller stake in the New Regency Film Studio in the US and according to Goldman Sachs JB Were, it should raise around $430 million from those sales.

Assuming that the $250 million to be spent on buying NBN and the other assets from SP Telemedia will be paid for out of the CVC cash pile and the rest is moved to Crown, then the business John Alexander will be steering won’t have much cash at all, just that $400 million from selling Hoyts and New Regency.

That’s why it won’t be able to top the $162.2 million WIN has offered for STW 9 in Perth and why it will find it tough to pay the $120 million or so that Southern Cross wants for Adelaide (there are suggestions Bruce Gordon and PBL Media could lodge a joint bid).

CMH can restructure its Pay TV interests (25% of Foxtel and 50% of Premier Media): one suggestion is working with Foxtel to take control of Austar. But Liberty Media’s John Malone wants more money for his controlling stake in Austar than Foxtel (and News and PBL) are prepared to pay.

Unlike Crown which owns 100% of its best assets in Crown and Burswood casinos, CMH doesn’t have a central and profitable business apart from 100% ownership of Ticketek which is not huge. It is also indirectly geared to the hilt with PBL Media carrying around $3.5 billion in debt. So there will not be much in the way of cash flow and dividends available to CMH over the next couple of years.

CMH will depend heavily on dividends from Foxtel (although it is geared up at the moment), Premier Media/Fox Sports and Seek. That makes earnings growth uncertain.

And the split will not make the Nine Network any easier to revive: in fact it might make it a little bit tougher.

Rocky outlook or not, CMH boss John Alexander is in the money 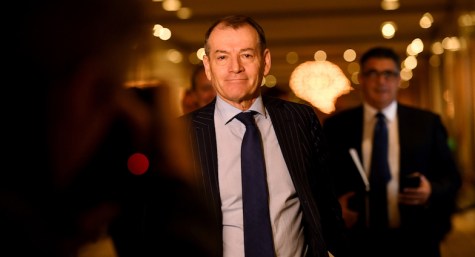