Yesterday’s story on tensions among neighbours over suburban water use struck a chord with readers. Here’s a selection of the responses.

Yesterday’s story ‘Is Suburbia the first battlefront in the water wars?’ (Item 3) struck a chord with readers. Here’s a selection of the responses:

Margaret-Ann Williams writes: In Adelaide, we’ve had two anonymous letters in our mailbox informing us that we are not adhering to the regulations (although in fact we are). One letter was stuck to the outside of the box so all would see.

John Crawford writes: An acquaintance in Geelong installed a rainwater tank, and took advantage of an $800 government subsidy to offset the costs. Later, an inspector visited and asked to see the tank, testing it for fluoride, which is of course present in tap water. Either a neighbour had seen him surreptitiously filling the tank by hose, or perhaps they are just checking everyone who got the subsidy. He copped a hefty fine and won’t wash his boat in the driveway again.

Cilia van Zal: Yes, yes, yes! I’ve had recent experiences like this with my neighbours! Our cat had vomited on one of our outdoor chairs. I quickly hosed it off onto the lawn. My neighbour was looking over the fence and called me. Anyway, I remained polite and cool, but I felt like flicking up my hose and hosing her face.

Steven Anderson writes: When a friendly neighbour asked how our garden was coping with the dry last week I instantly responded with copious details on all our water saving measures rather than a simple discussion on the finer points of the weather. Is the feeling of guilt a reaction to the coverage of this drought or our own concern in this regard?

Graham writes: The answer to your questions is NO. Here in Perth, where water restrictions are a fact of life too, there is no water militancy. I think this is a Crikey beat-up. I was hoping Crikey might be above this sort of thing. Very tabloid of you.

Anna Le Masurier writes: Thomas Hunter writes as if being aware of my neighbours’ profligate use of water at is something to be pooh-poohed. Why? I’ve personally spent $10,000+ on rainwater tanks and a greywater system to avoid burdening Sydney’s supply in order to water my vegie garden, among many other measures. So yep, I felt perfectly at liberty to dob in a neighbour when I saw her washing two cars on a paved street with a hose, hundreds of litres of clean water spilling straight into the stormwater drain.

Tanveer Ahmed writes: As someone who sits on the Advertising Standards Board, I have noticed with interest that recently we have been getting complaints about ads where water was being used willy nilly. One was a water gun ad for kids and another was related to a gardening. I was told by other members that this was a first.

John Wholohan writes: It has been observed that these people patrolling Sydney’s streets trying to catch some poor soul watering his petunias on the wrong day (shock! horror!) have an overhead cost of about $3400 for every $200 fine collected. Why bother when there is a better way to do this – recognise that water like any other commodity has a price?

Mark Gold writes: Last year I installed a 2,200 litre water tank. This entitled me to a $300 rebate from Sydney Water – a process that took over three months, required 4 field visits from the “inspector” and consumed hours of my time in phone calls to Sydney Water. Even without the unnecessary palaver, it’s hardly life-changing when tank, pump, plumber and electrician cost almost $3,000.

Michael Shrimpton writes: The problem I have is with the slack phone operators at Sydney Water. When I reported my neighbour had a leaking, well, running water problem at his meter, the person at SW said, “Is it before or after the meter? If it’s after, it’s his problem”. I told her he was away and she said, “Still his problem.”

Name withheld writes: My local Westfield store has staff who HOSE DOWN the entrances each night.

Greg Melleuish writes: We have just recently returned from a holiday in Port Stephens (NSW) where we observed there must be no water restrictions. People were openly watering their gardens with sprinklers in the noon day heat. One couldn’t walk along the footpath without getting wet from the sprinklers (remember those days?) This incensed us. Jealousy of course – how dare they be so profligate with what we do not have and when so much of the country is in drought. It’s certainly setting Australian against Australian.

How the Green Gestapo is letting state governments off the hook

Do rainwater tanks save water? 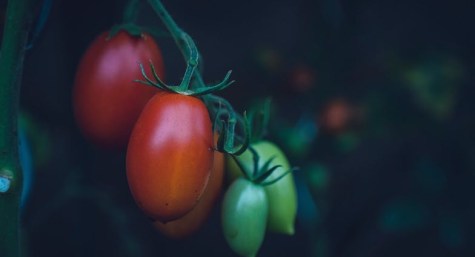 A beginner’s guide to growing tomatoes while the world burns