If he can match his six-wicket match haul in Perth last year, Warne will become the first player in Test cricket history to notch up 700 Test wickets.

What a difference a 2-0 scoreline makes! While cricket again returned to the back pages of all the major dailies today, the lead-up to the potentially series-killing Third Test starting in Perth today has been nothing like what we saw for Brisbane and even Adelaide.

In Wednesday’s 128-page edition of the Herald Sun, the first mention of today’s Test was found on page 121, with the major sporting focus in Australia’s biggest selling daily newspaper was the rather ho-hum pre-season AFL draft.

Order has since been restored, with cricket again dominating the sports pages. Much of the focus has centred around the possibility of a 5-0 whitewash (this vaguely sounds familiar) and of Shane Warne capturing the remaining scalps needed to notch up his 700th Test wicket.

If he can match his six-wicket match haul in Perth last year, Warne will become the first player in Test cricket history to achieve this phenomenal milestone.

Because Warne has been around for so long – and bowled so well for so long – we tend to take his extraordinary achievements for granted.

Wisden – the bible of cricket – rated Warne one of the five great cricketers of the 20th century alongside Donald Bradman, Jack Hobbs, Garfield Sobers and Vivian Richards. Honoured company indeed. His English rival, but Hampshire team mate, Kevin Pietersen, rates him the best bowler of all time. Richie Benaud reckons he’s the best spin bowler of them all.

Aged 37, Warne is two years older than Damien Martyn, who retired from cricket last week. But on form, you’d have to say the only thing that might stop Warne from putting an insurmountable gap between his wicket haul and that of Muralitharan would be Warne himself.

While retirement is often talked about, one gets the impression Warne is enjoying his cricket more than ever. The possibility he will end his career with 800 or even 900 wickets looms larger than ever. 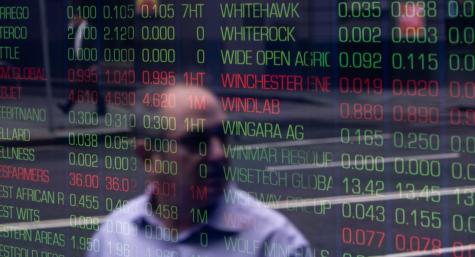 Labor closes in on majority as Liberals reflect on massacre