Kevin Rudd has covered several political bases by retaining Wayne Swan as shadow treasurer. Useful signals about party unity both in terms of the Beazley backers and in terms of the Queensland ALP have been sent.

The punditariat spent much of last week talking about who would fill the shadow Treasurer’s spot on Kevin Rudd’s frontbench. Two themes were evident here – the claim that Gillard was somehow wimping out by opting not to take on Costello, and the desire for an economics policy wonk like Lindsay Tanner or Craig Emerson.

Rudd has ignored the press commentary and taken decisions which will maximise the Opposition’s effectiveness politically.

Gillard will be able to use her high profile and her media skills to weave the workplace into a narrative about fairness, and her parliamentary skills against the hapless Kevin Andrews.

And Rudd has covered several political bases by retaining Wayne Swan. Useful signals have been sent about party unity, both in terms of the Beazley backers and in terms of the Queensland ALP.

Swan hasn’t had the best of deals from the commentariat. While Rudd’s intellectual credentials are lauded, Swan has actually been a public policy academic, and his book Postcodes demonstrates an analytical mind with a keen focus on social justice.

His metier in Queensland has always been the ability to focus in sharply on aspects of economic policy which have immediate impacts on household finances – for instance when food prices increase more sharply than the CPI.

These issues cut through in local print and radio, if not among the highly paid pontificators of the Canberra Press Gallery.

Swan, for instance, researched a series of Parliamentary questions on mortgage repossessions in Western Sydney which had the Prime Minister on the back foot in September, reduced to obfuscating about the price of land and blaming the states.

Rudd scored points last week with his riposte to Kerry O’Brien about Canberra-centric thinking. The agenda setters in the political media tend not to focus on the economic pressure that households face in many regions – such as Western Sydney – blandly replaying the government’s line that we’ve never had it so good.

Swan’s mantra of “the new interest rate reality” and his arguments about real financial hardship may not impress policy aficionados in the commentariat. But they can easily be dramatised as real stories about real voters, as ABC radio made clear.

The key focus for the Treasury role is not just on policy, but communicating a political message, as the examples of both Costello and Keating show. What’s been lacking is a leader who can take Swan’s themes and bring them effectively to a wider audience. For all the talk about the Rudd/Gillard dream team, the reconciliation of Rudd and Swan may actually have equal political importance. 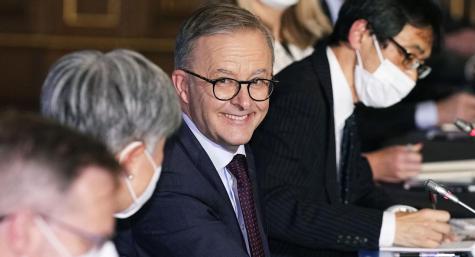