I don't know where Richard Kerbaj of The Australian gets his information about Islamic theology. His claims yesterday that the young Aussie-Palestinian Sheik Shadi Suleiman is a "radical cleric" and "a close follower of Wahhabism" are well and truly spot-off, writes Irfan Yusuf.

I wish I knew where Richard Kerbaj of The Australian gets his information about Islamic theology. In yesterday’s paper, he describes the young Aussie-Palestinian Sheik Shadi Suleiman as a “radical cleric” and “a close follower of Wahhabism”. Sheik Shadi founded United Muslims of Australia, a body servicing Muslim youth and converts across Sydney. He was instrumental in reconciliation work done following the Cronulla riots. Wahhabism is the name given to the sect founded by 18th century Arabian religious scholar Muhammad bin Abdul Wahhab. It takes volumes to describe all the differences between Wahhabis (also known as Salafis) and mainstream Sunnis, but let’s mention three:

On all three criteria, Shadi Suleiman falls firmly on the side of mainstream Sunni Islam. His teachers from Syria and Lebanon (such as Dr Said Ramadan al-Buti) include prominent and fervent critics of Wahhabism and scholars condemned by Wahhabis. For Kerbaj to get such things wrong is quite embarrassing. This really is kindergarten stuff for most Lebanese, Muslim or otherwise. One reason Shadi Suleiman is accused of being a Wahhabi is that he works closely with Sheik Faiz Mohamed, a chap who’s also suffered from foot-in-mouth disease when it comes to s-xual violence. Both Shadi and Faiz run independent youth centres, and both service troubled Muslim youth that mainstream and well-funded Muslim groups (like the Lebanese Moslems Association) are unprepared or unwilling to help. Of course, it’s easy to be critical of Kerbaj. He has the impossible task of sorting through all the petty personal jealousies, sectarian nuances and political divides that plague the management of Muslim religious institutions. Generally his analysis is fairly accurate. But on this occasion, he is well and truly spot-off. 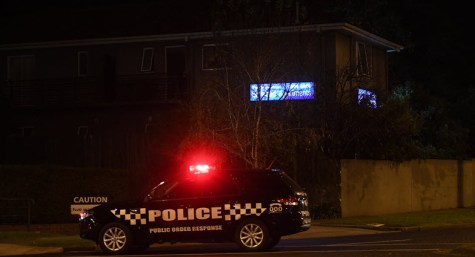