Bigmouth strikes again. A disability advocate has backed claims Community Services Minister John Cobb told a meeting that if he had a disabled child he would send it to live in an institution, The Australian reports today. And it appears that Cobb has form on this sort of thing. Back in March, year when Cobb gave the keynote address at the Australian Federation of Homelessness Organisations conference in Sydney he got a little confused and talked about hopelessness, not homelessness, on at least one occasion as he stumbled through his speech.

Renewals due. Do the lesser lights of the Klan Khemlani need some prodding to renew their Liberal Party memberships? “Liberal MP Michael Johnson is bracing for a preselection challenge in the blue-ribbon federal seat of Ryan in Brisbane as a direct result of his support for state leader Bruce Flegg,” the Courier-Mail reports. Since the party constitution was changed he doesn’t need to place a similar story in the South China Morning Post.

The nanny state. From medical website 6 Minutes: The Australian-born British Health Secretary, Patricia Hewitt, was one of several pollies interviewed about their healthy lifestyle by the Times Educational Supplement, which wrote Hewitt “apparently leads a life of exemplary healthiness…a spokesman insisted that she eats ‘infinitely more’ than the recommended five portions of fruit and vegetables per day. She has never smoked and allows herself only the occasional glass of wine but given her busy schedule, struggles to ‘exercise properly with her busy schedule’. And she does have very, very regular bowel movements.” But according to NHSblogger, another paper later revealed that the last sentence of the interview was a joke by the journalist concerned, who expected the sub-editors would remove it.

FOI fighter. Michael McKinnon, The Australian’s Brisbane-based freedom of information editor, picked up the Press Freedom Award at the Queensland Media Awards over the weekend. With the momentum McKinnon’s built up through his celebrated stoushes with the pencil pushers and their conclusive certificates, there’s now talk he may end up with the special Walkley Award for Leadership in Journalism. 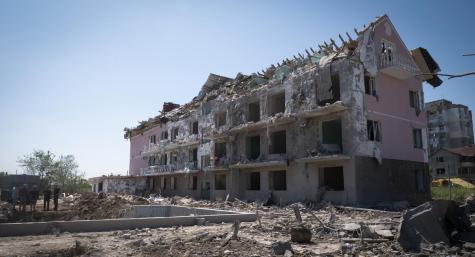