A future without Natasha

Whether it's an excess of caution or just a natural reluctance to kick someone when they're down, commentators still have a tendency to treat the Australian Democrats as a going concern. But the announcement yesterday of Natasha Stott Despoja's retirement has brought them a step closer to recognition of the obvious.

Whether it’s an excess of caution or just a natural reluctance to kick someone when they’re down, commentators still have a tendency to treat the Australian Democrats as a going concern.

But the announcement yesterday of Natasha Stott Despoja’s retirement has brought them a step closer to recognition of the obvious.

The Democrats hold four Senate seats, all elected in 2001 and therefore up for re-election next year. Three of them are universally regarded as unwinnable. The only possibility was Stott Despoja in South Australia, their best state.

That was still better than the sitting senators in other states, and it didn’t completely put McLaren out of the running, since the Democrats had done a preference deal with the Assemblies of God party, Family First, which was also strong in South Australia.

As a correspondent pointed out in Crikey recently, that deal ultimately had the effect of electing a third Labor senator in place of a Green. But it could have elected a Democrat, despite their low primary vote, if they had been able to get ahead of Family First at the crucial stage.

Family First’s Andrea Mason had a primary vote of 3.9%, almost 16,000 votes ahead of the Democrats. But by the point where one of them had to be eliminated, that had narrowed to just 7,181 votes, about 0.05 of a quota.

If they did the same deal next year, then Stott Despoja, with her added personal vote, might just have been able to pull it off. Without her, it’s not going to happen.

More on the voting system from Greens 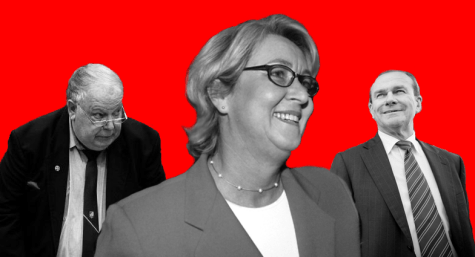