A brave new world where faceless men control the media

We’ll trust them to provide us with news, information and entertainment – but we’ll have no idea who they are. Welcome to the world where private equity funds control our media.

We’ll trust them to provide us with news, information and entertainment – but we’ll have no idea who they are. Welcome to the world where private equity funds control our media.

I’m an unapologetic capitalist. Capitalism is all about choice. Informed choice. You just don’t know whose money is in private equity or venture capital funds. There are crucial issues of transparency and accountability here.

Communications Minister Helen Coonan got asked about the issues yesterday. She was asked about what rules, regulations or laws will be in place to ensure Australians know exactly who the beneficial owners of our media will be – and the sources of money in the funds.

She said the question displayed extraordinary paranoia. This, of course, is the same Helen Coonan who said government’s media ownership laws would not lead to a wave of takeovers. Perhaps before she responded she should have had a word to the bloke who sits next to her, Justice Minister Chris Ellison, and the work he does tackling money laundering.

The facts are these. Investors in private equity funds are different from the shareholders who actually own the funds. Investors do not appear on share registers. It is hard for anyone interested in knowing the source of finance for a particular fund to identify them.

Take one of the most famous funds – KKR. This is all its website says about the sources of the funds it deploys:

Don’t ask the Reserve Bank who’s involved. It carried a feature entitled The Private Equity Market in Australia in the June 2002 edition of its bulletin  that reads:

Private equity, also known as venture capital, is investment outside of public capital markets. While private equity can be raised from a variety of sources, such as friends, family members and business angels, the more visible (and measurable) avenue is the private equity market where funds are channeled to businesses – typically in new or fast-growing unlisted companies, or companies in financial difficulty with potential for restructuring – by fund managers.

Amazing how something that says so much can say so little.

Venture capital funds are run by professional managers and pool money from individuals, institutions, superannuation funds, insurance companies and other businesses. Most nations offer generous tax concessions for the funds and/or the investors in those funds, with the result that some are perceived primarily as vehicles for tax avoidance rather than true investment bodies.

Coonan clearly isn’t that good as a prophet, but she should at least be aware of what her own media regulator says. ACMA put out a media release on a “just who wields control” matter back in February:

The Australian Communications and Media Authority has commenced an investigation into the control of five commercial radio broadcasting licences owned by Elmie Investments Pty Ltd.

The investigation will look at the control issues arising from the agreement by Macquarie Regional Radioworks Pty Ltd (MRRW) to finance the Elmie purchase of the five commercial radio broadcasting licences in September 2005.

“ACMA will be guided in its investigation by the objects of the Broadcasting Services Act which encourage diversity in control of the more influential broadcasting services,” said Lyn Maddock, Acting ACMA Chair …

In this case, at least the source of the funds was clear. It won’t be in the new world where faceless men can control the media. 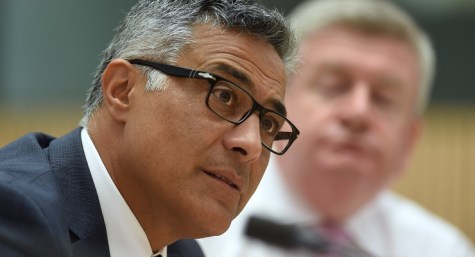 Equity raisings and the prisoner’s dilemma