What’s the secret to the Noongar native title claim’s success?

Proof of connection is what sets the successful Noongar claim apart from some of its predecessors – but is their case unique?

A day after the Noongar people’s historic native title claim over Perth, West Australian Liberal MPs are questioning the judge’s finding, the WA government looks set to appeal the decision and the issue is dividing the ALP. But Greg Kelly, spokesperson for the Southwest Aboriginal Land and Sea Council, has told Crikey that the Noongar people have successfully proven in court that they’ve maintained a sense of community since white settlement, and that connection should no longer be questioned.

“If the evidence did suggest that there was a lack of connection, the claim would have been dismissed, but the claim was upheld,” Kelly told Crikey. “The state are ignoring the evidence that was put before the court and are going ahead with their own conclusions.”

“This judge is a pragmatic hard nosed old school judge of the federal court and he said he was surprised that this evidence existed, he’s not some lefty greenie”.

Yesterday’s decision is part of an almost 200,000 sq km claim covering a massive chunk of south-west WA which has not yet been settled. Justice Murray Wilcox said the Noongar people were the traditional owners of the whole claim area, and their society had been maintained since European settlement in 1829.

This proof of ‘connection’ and a maintained society is what sets the successful Noongar claim apart from some of its predecessors – under native title law claimants have to prove to the satisfaction of white law that they’ve retained their law and customs since colonization.

In the case of the Noongar people, colonisation came to WA quite late and compared to many indigenous societies, there’s a lot of early written material, or ‘hard’ evidence, about Noongar life which supports the Noongar claim today. As The Oz‘s editorial points out today, these “writings enabled Justice Wilcox to find that laws and customs governing land throughout the whole claim – taking in Perth, Bunbury, Busselton, Margaret River, Albany, York, Toodyay, Katanning, Merredin and many other towns – were those of a single community.”

But Kelly says there’s more than just written evidence that sets apart the Noongar native title claim from cases like Yorta Yorta. “The land is much bigger… the population is large, about 30,000 people .. and a lot of land has remained uncleared which has given Noonger people plenty of opportunity to continue to practice and pass on tradition,” says Kelly.

“There’s a lot of very remote areas, a lot of people are not urban people… ,” says Kelly. And it’s this connection with the undeveloped land that has “made all the difference…”

Kelly believes the Noongar native title claim offers hope for other indigenous communities, “but they need to prove connection according to native title law, and it’s not easy — it’s a hard system but they are they rules.”

Ultimately, Kelly says the Perth decision “allows the Noongar people to negotiate a better future and it would be tragic for the state government to quash that just when it has been realized…”

“This fight for recognition has been going on for 100 years or more… a lot of old people have died broken hearted waiting for this day and finally it has arrived….”

The implications of the astounding Noongar native title decision 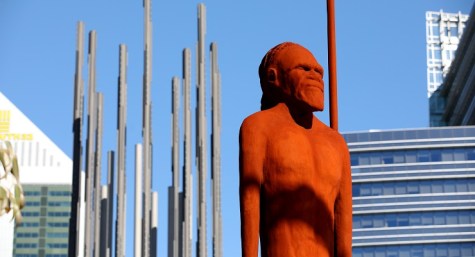