McGuigan does OK, thanks to MacBank

Last November at the annual meeting of the wine company that bears his name, Brian McGuigan talked of the hard times confronting the industry but added, “I am very positive about the future”. McGuigan Simeon Wines (MGW), he reassured shareholders, had stocks and sales in balance and, in a reference to massive write downs at […]

Last November at the annual meeting of the wine company that bears his
name, Brian McGuigan talked of the hard times confronting the industry
but added, “I am very positive about the future”. McGuigan Simeon Wines
(MGW), he reassured shareholders, had stocks and sales in balance and,
in a reference to massive write downs at fellow winemakers Southcorp
and Evans & Tate, insisted that the stocks were not over valued.

He did surprise a little when he ended his address with news of his
impending resignation as managing director after 40 years of activity
in the wine industry. He was intending to sell a parcel of shares in
the near future to fund some personal interests and to diversify his
financial portfolio but “I am, and intend to remain”, he said, “a
significant shareholder in the company.”

The news was taken calmly enough by a market that had already marked
the share price down from a high of $4.65 back in August 2005 to around
the $3.20 mark.

On 5 December 2005 the ASX was notified McGuigan had purchased a
put option over 3,250,000 MGW shares with the option set to mature in
February 2006 and only exercisable at the maturity date. At the same
time the term of existing put options over 750,000 MGW shares was
extended to mature in February 2006. As McGuigan continued to hold put
options over an additional 4,250,000 MGW shares which are set to mature
between March 2006 and January 2007 the statement to the ASX said, in
combination the put options “have the effect of protecting the value of
8,250,000 of McGuigan’s shares.” Under the arrangement with the kindly
fellows at Macquarie Bank, McGuigan “is also entitled to participate in
price gains in these shares to nominated levels above the current share
price.”

After an initial blip MGW shares remained above the $3 mark. On 9
February 2006 MGW announced the appointment of Dane Hudson as managing
director to take affect on 1 March. Brian McGuigan said he looked
forward to working with Hudson during the handover period and “assisting
him in any way possible”.

The McGuigan Simeon half yearly report sent to ASX on 22 February 2006
showed net profit after tax for the half of $6.2 million was down 51%
on the pre-extraordinary items net profit for the half year to December
2004. Brian McGuigan said the company was already recognised as an
efficient producer by world standards, “but in the current cyclical
downturn we are working to drive down costs even further and market
more aggressively, both locally and overseas.”

Chairman David Clarke, also chairman of Macquarie Bank, lamented that
only an interim dividend of five cents a share could be paid (down 51%)
because of “technical reasons” as a result of the acquisition
accounting treatment that the company was required to adopt on the
merger of McGuigan and Simeon. “At the time we were required to make a
writedown in goodwill in excess of $50 million,” Mr Clarke said. In
other words there were not enough accumulated profits to make the
dividend any higher.

By 23 February 2006 Brandes Investment Partners had increased its
holding to 7.2 million shares giving it 6.13% of the company’s voting
power. On 27 February Con Boulougouris, a partner in Deacons law firm,
wrote to the ASX attaching 160 pages of documents relating to the Brian
McGuigan interests. The documents detailed a restructuring of those
interests and a subsequent sale by the “Brian McGuigan Group” of its
interests in 8,250,000 MGW shares on 27 February 2006 to Macquarie
Bank. Brian McGuigan apparently no longer intended to remain a
significant shareholder in the company.

On 29 May 2006 trading was halted in MGW shares. Dane Hudson said the
company was finishing a detailed analysis of its stock position and
full year outlook.

This morning the results of the analysis was released to the market.
Inventory will be written down by between $15 and $20 million. The new
managing director Dane Hudson put the best possible spin on that by
saying that before the writedown net profit for the full year was
expected to be between $17.5 million and $22.5 million. Translated, he
meant we could make a profit or it could be a loss. 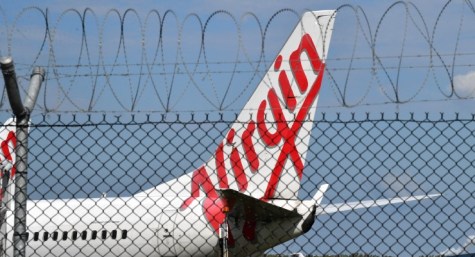 AXA moves to avoid the chop