Is the ALP returning to its White Australia roots?

The one policy constant in the first 80 years of the Australian Labor Party was the White Australia policy. Socialism waxed and waned. Conscription occasionally divided. The protection of jobs and wage rates against cheaper imports brought and kept the political and union wings of the labour movement together. The colour bar started as incidental. […]

The one policy constant in the first
80 years of the Australian Labor Party was the White Australia policy.
Socialism waxed and waned. Conscription occasionally divided. The protection of
jobs and wage rates against cheaper imports brought and kept the political and
union wings of the labour movement together.

The colour bar started as
incidental. It just so happened that the available cheap labour being imported
was Chinese. The racist trappings came later.

The massive immigration program of
white workers begun by the Chifley Labor Government was accomplished without
destroying working conditions. After two post-World War II decades of economic
prosperity, Labor was embarrassed by a policy where only those racist trappings
remained. White Australia was dropped with surprisingly little
dispute.

The pattern of migration changed
from all-white to a mixture of European, Middle Eastern and Asian. Any concern
by Australian workers about their jobs and wages was submerged beneath the
protection of an industrial relations system that fixed rates and
conditions.

Imported labour there might be but
it was not cheap labour. The brief emergence of Pauline
Hanson and her One Nation Party was a sign that the concerns that originally led
to White Australia were hidden but not removed. The high unemployment of the
1990s tested tolerance.

The retreat from prominence of One
Nation coincided with a return to job creation and a restored confidence that
jobs and wage rates were protected. Today that comfortable coalition of
protection is again under threat – not from the import of labour but because of
its price. The combination of visas for the
short term employment of so-called skilled labour and the abolition of award
rates of pay for new workers is again putting the Australian social fabric under
stress.

On Wednesday night the nightly
Channel 7 current affairs program – one of the most viewed programs in the
nation – took its cameras to the Philippines to show an
event hosted by the Australian Ambassador. Hundreds of would be migrants were
shown visiting stalls set up in a hall by Australian employers seeking new
workers.

For those interviewed in
Manila, $14 an hour to work
on a West Australian building site was described as a fortune. Back in
Perth a trade union official
raised the fear of $14 an hour becoming the norm for existing building workers
currently earning much more.

Opposition Leader Kim Beazley is
beginning to see the potential of developing the link between immigration and
industrial relations policy into a vote winning issue. After a recent shadow
Cabinet meeting in Adelaide, Mr Beazley
announced that a future Labor Government would abolish visas allowing foreign
trade workers into Australia under the
Trade Skills Training Program.

That Trade Skills Training Program,
however, is but a very small part of the labour import program. Mr Beazley wants
the votes but is scared of setting off a movement that will see a return of his
Labor Party to its White Australian roots.

The danger for Mr Beazley is that if
he does not start calling for even greater restrictions on the import of labour
then someone else will. The ground is becoming fertile for a new version of One
Nation. Perhaps the answer is to clothe the
policy of immigration restrictions in the language of the free market that the
Government has used to justify its new industrial relations laws. As Sharan
Burrow, the ACTU President recently put it in a letter to the Commonwealth
Ombudsman:

“Advertising jobs at or near the
award rate of course will not attract potential applicants, not when other jobs
pay much more. To then use this as proof of a failure in the labour market is to
create a straw man for the purpose of blowing it down!”

Yet what Ms Burrow describes is
exactly what is happening in Australia
today. 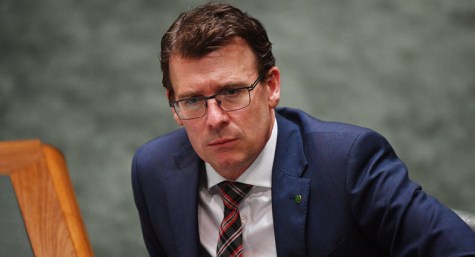 Does Australia’s migration system prioritise Australian workers? To find out, we need to look beyond temporary skilled visas