Mal Brough’s visit this week to Wadeye, a remote Aboriginal community south west of Darwin, is about to make bigger news than he expected. Brough was escorted to Wadeye by a journalist from The Bulletin, Adam Shand. Shand sat in on a meeting with Wadeye officials, where it emerged he did not have a permit […]

Mal Brough’s visit this week to Wadeye, a remote Aboriginal
community south west of Darwin, is about to make bigger news than he
expected. Brough was escorted to Wadeye by a journalist from The Bulletin,
Adam Shand. Shand sat in on a meeting with Wadeye officials, where it
emerged he did not have a permit to be on Aboriginal land. Brough ­ who
is in the process of reviewing the Aboriginal Land Rights Act could
well be charged by NT police, as could Shand. Ironically, it was
Shand’s colleague, Paul Toohey who made headlines in 2003 after
visiting Wadeye without a permit, despite being warned to stay away.

Media tempers are wearing very thin in
Beaconsfield it seems. At some level it was amusing to watch
representatives of all four television networks nearly coming to blows over who will
provide the camera to cover the rescued miners coming to the
surface. The rescue team ruled that only one camera will be
allowed into the mine to provide vision for all networks when the two trapped
miners are brought to the surface. A condition was that the networks should
decide for themselves who would provide the camera and crew, and this is where
the difficulties began. It seems that tempers frayed when the Nine reps argued
that as they had the most cameras and satellite dishes on site they would
obviously provide the camera. When Seven, Ten
and ABC as one expressed the view that Nine could not be trusted to share the
vision Mr Nine took exception and had to be physically restrained. On a vote 3 to 1 the camera will be provided by the
ABC, which in this case could stand for Anyone But Channelnine.

It seems the
attention-seeking down in Beaconsfield is not confined to the show ponies in the
media or opportunistic product placements (still waiting for Four N Twenty and
CUB to deliver crates of product). According to some
media, it seems “on the surface” (pun intended) that celebrity PR guru
Anthony McLellan had been doing a masterly job handling the media dogs,
massaging stakeholder relations and is the ringleader of the accompanying media
circus surrounding the mine disaster. The Guru doesn’t seem to have hosed the
idea down, even though he may not actually be contractually involved any
longer. My understanding is
the job has in fact been done in typically quiet but flinty style by former
Tasmanian Government spinner Mike Lester, now running the Hobart shop
for the Reg Grundy-owned outfit, CPR Communications & Public
Relations. As they say, success
has a thousand fathers, while failure is an orphan. Would anyone be clamouring
for the kudos if the disaster had been as bad as first
thought?

I work for a large mining company in the NT.
During the preparations for cyclone Monica, construction workers were
threatened with dismissal if they ignored requests to move to the
“cyclone” shelter provided by the company. Interesting thing is, the
cyclone was already at category five when they were informed of this
(in writing no less, notes on their doors), however the “cyclone”
shelter was only rated for a category three cyclone. In the event the
cyclone did hit us (as was predicted) they would have certainly been
lucky to live. We’ve figured they must have been trying to make it
easier to find the bodies? 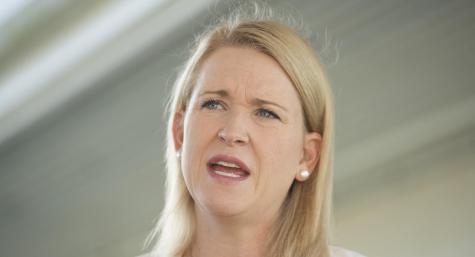